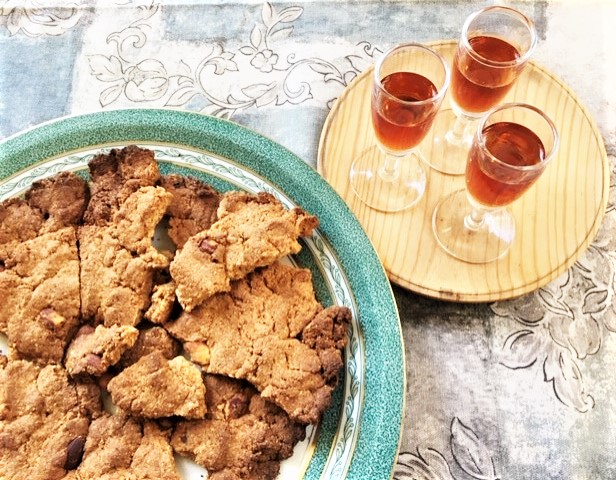 Many of those great tasting foods in the bistros and trattorias of Europe, and the cafes all around the Mediterranean, can be traced back to the Middle Ages and earlier. Peasant food was made from what was available, seasonal or traded—and even with modern ingredients, the roots are easy to taste.

Nuts, locally ground grain, something sweet, and lard, formed the beginning of the Northern Italian pastry called “Sbrisolona”—7th century style. Mixed with the hands and broken into pieces by hand and passed around—an ancient treat. Here’s a modern adaptation.

Either by hand in a large bowl (or in a food processor), combine all dry ingredients with butter pieces and chopped almonds until a coarse texture develops. Make a well in center, add egg, almond and vanilla flavors and continue mixing until a dry dough forms. In a greased, 8” springform pan, or on a parchment-lined baking sheet, lightly press out dough into an 8” circle—like a really big cookie. Top will be uneven. Bake at 350’ for about 30 minutes, until top is golden brown. Let cool and break into pieces. Very good with a cup of tea or a bit of sherry. 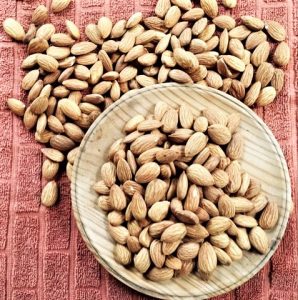