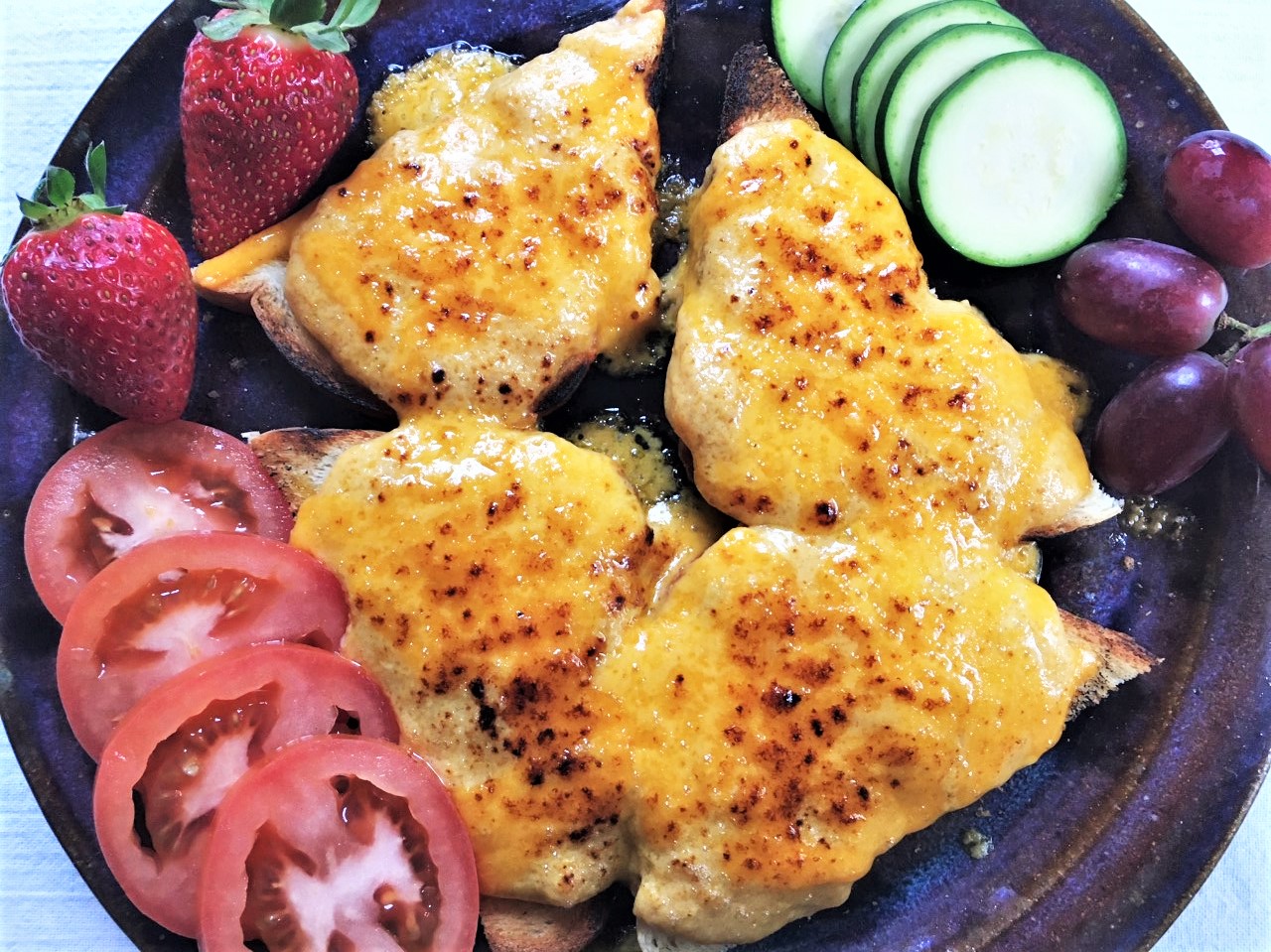 Growing up, every year involved a few weekend-long shopping trips to the big city—all the way up and down the beautiful Hudson River valley on the legendary Empire State Express, the old New York Central rail line.  Of course, it had a Dining Car!  Great heavy silver coffee pots, great heavy china, and silverware, and linens.  The high point of the trip home was dinner in that Dining Car.  But sometimes, just about dinner time, the conductor would call out: “Station Stop is Rhinecliff—No Passengers”.   There were no stops for the first 150 miles of the trip home, so for my young self, this unofficial stop meant something special.  Mrs. Roosevelt was on the train, also on her way home. Looking out the window we watched her smile and shake hands with the conductor, pick up her bag and walk to her car.  Just about then dinner would arrive as the train rocked on—Welsh Rarebit, a rare treat then, $1.45, and the vegetarian dinner option, I realize now.

Melt the butter in a pan, remove from the heat and stir in the flour until combined thoroughly.  Return to a low heat and add the milk then the beer, a little at a time, stirring until well combined.

Add the mustard, spices and Worcestershire sauce–stir to combine until sauce starts to thicken. Take it off the heat for five minutes, then quickly whisk in the beaten egg.

Return to the heat and stir in the cheese a little at a time, until melted and combined, and season to taste with salt and pepper.  Spoon over toasted bread quarters and run under the broiler until browned. 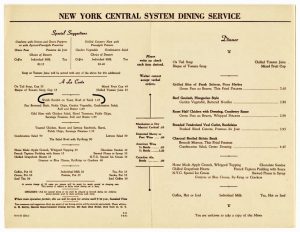