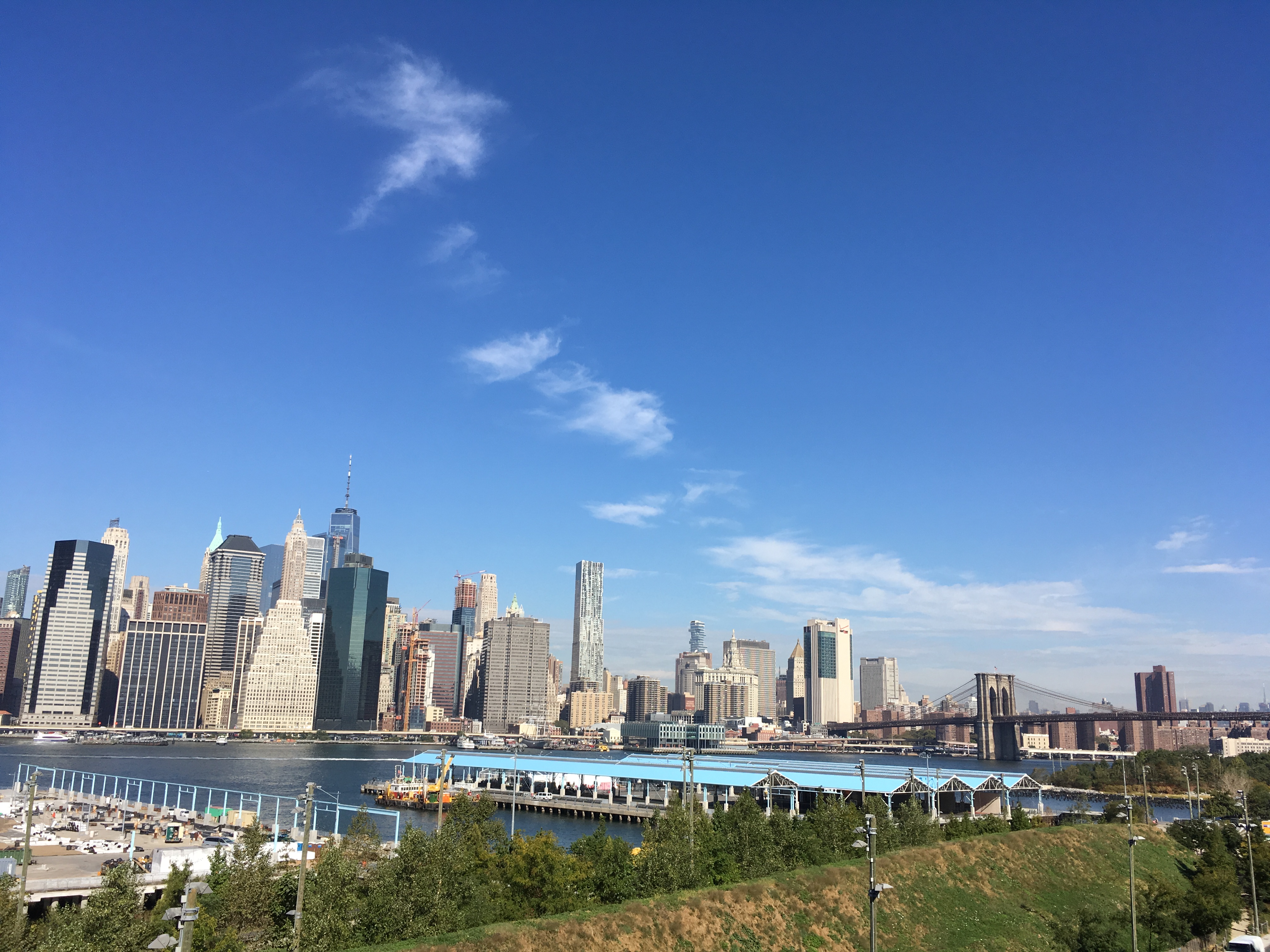 A promenade in a beautiful setting was one of the most popular of 19th century activities. Entire books have been written about the who, what and where of promenading. Look no further than Marcel Proust to see how important a venue official promenades were in terms of the ‘see and be seen’ etiquette of the day. It was the 19th century version of Keeping up with the Kardashians.

Brooklyn Heights has one such promenade where people actually do just that. They saunter up and down, back and forth. They bring coffee and bagels, children with playthings, binoculars and canes. Truly anyone who is anyone can be found on the Brooklyn Heights Promenade. And those views of Manhattan—just spectacular. If you can force your eyes away from the city skyline, turn around and you’ll contemplate some of the most beautiful houses in the entire city.

I accidentally wandered on to the promenade one summer night—and was rewarded with a fantastic fireworks display. Apropos of nothing. It wasn’t the 4th of July. It wasn’t Memorial Day or Labor Day or some vaguely military summer holiday. It was for the sheer joy of watching fireworks burst and flame out over the Manhattan skyline, doubled by their reflection in the East River as it wends its way out to the Atlantic.

It doesn’t end there. Try Love Lane on for size. Brooklyn Heights has a street called Love Lane! So romantic. The place is also filled with the former homes of such romantic literary giants as Henry Miller, Arthur Miller, Hart Crane, Truman Capote, Thomas Wolfe, Richard Wright, John Dos Passos, Norman Mailer, Paul Bowles and WH Auden. Hmmm. Maybe these aren’t the most romantic guys in the hood. When I turn to look down the storied Love Lane, it all becomes clear. Romance is in the eye of the beholder.