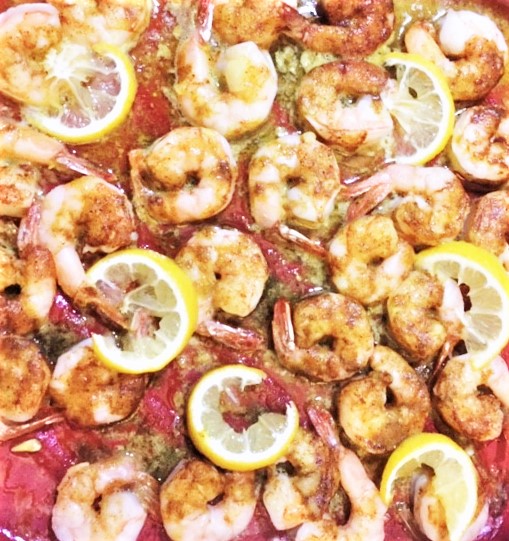 Cocktail hour conversation turned to Algerian spices—as we marveled at the paper-twist-wrapped powdery spices that had come down from the big city with our visitors.  The old NYC spice market, Ninth Avenue International Grocery, never disappoints—from vanilla beans to bins of vibrantly colored spices, to an extensive take-out menu of Mediterranean and Mid-East specialties.  I thought the shrimp dinner I had in the works was a quick and delicious variation on a traditional French dish, then Dr Maureen told us about the Pieds-Noir, and how the fragrant spices from the Algerian bazaars ended up flavoring many of the dishes of southern France.  When Algeria gained independence in 1962, a vast majority of Algerian-born French people (the so-called Pieds-Noir) immediately departed for mainland France, taking their spices and cuisine with them.

This is a quick, fragrant and simple dish—either for warm toothpick cocktail snacks, or with a big salad and bread for dipping, for dinner.  Fresh shrimp are best of course, but carefully defrosted work fine too (lay frozen shrimp, single layer, between two wet tea towels for an hour or so). 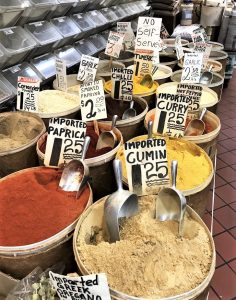