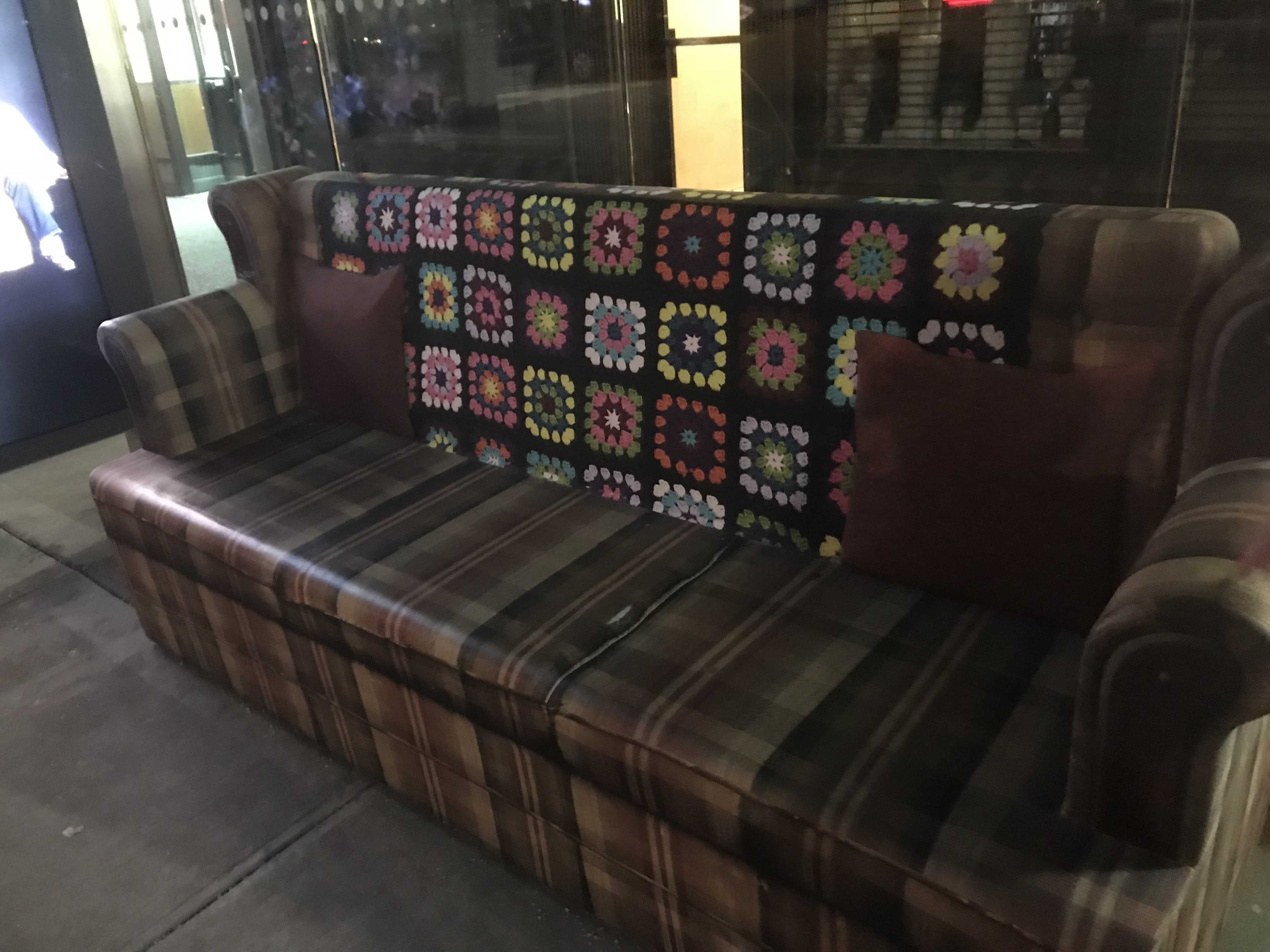 I was walking down the street, minding my own business when suddenly I saw Roseanne’s couch. On Columbus Avenue. In a bus shelter of all places. What is Rosanne’s couch doing in the stronghold of the liberal elite, New York City? Then it comes to me. I’m two blocks north of ABC studios.

ABC hasn’t really had a big hit in years. Well, possibly since Roseanne last ruled the roost. Damn! That was almost 20 years ago. It never ceases to amaze me that many moons after a popular TV show goes off the air and someone has the great idea that now might be a great time to revive it, all of the stars are available!

Two thinks pop into mind. One, I am very glad that I am not an actor. Two, that is not always true. For example, when the Brady Bunch reunited, Maureen McCormack did not return to play Marcia Brady. I have always felt an affinity and certain loyalty to Maureen McCormack, simply because we share a name (yes, Dr. Mo is a Maureen). Loyalty has always been both a strong suit and a failing with me.

I thought it was cool that Maureen McCormack was above it all and didn’t feel the need to be sucked into what was likely to be a fiasco, as television sequels often are (until they’re not, but arguably the Brady Bunch sequels did not add much to the Brady opus). Then a rumor started that she was a crack addict with serious mental health issues and couldn’t do the show even if her life depended on it. The truth likely lies somewhere in between.

No one knows what’s going to happen with Roseanne the TV series Part 2, despite the fact that they’ve already been renewed for next year on the strength of their ratings from the first episode. I’d like someone to move her couch, though. It’s too weird where it is right now.