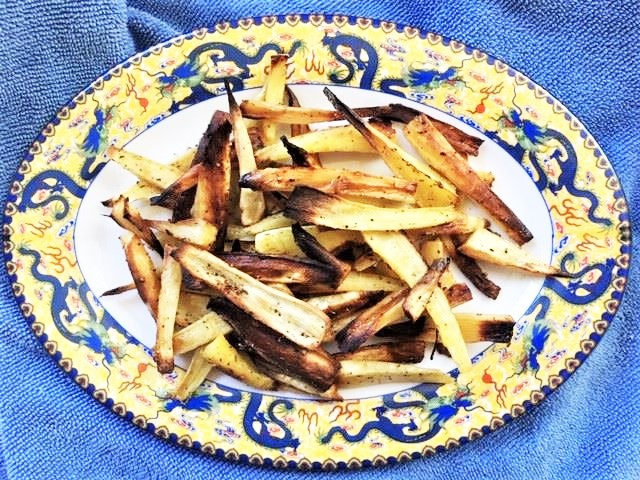 Parsnips—the Frogs Waiting for the Princess

They look a little strange–kind of gnarly, spotted and sprouted—like anemic carrots. But just like books, you can’t always tell a vegetable by its cover. A half dozen parsnips, a little knife work, and the barest of preps—produces a sweet, savory, crispy, delicious plate of the great parsnip Princess event. 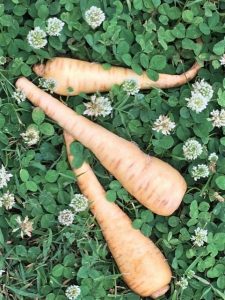