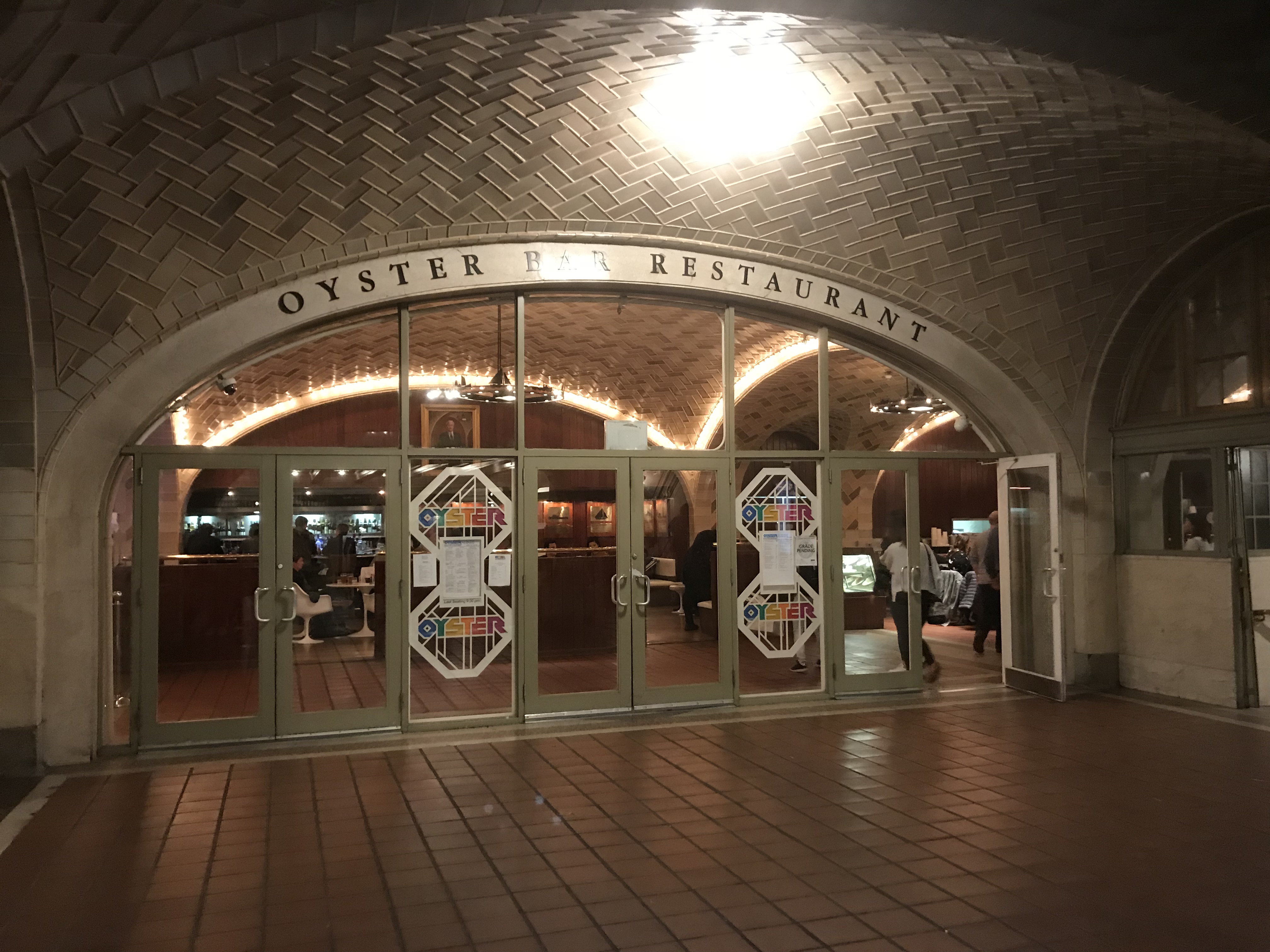 What do oysters and God have in common? This isn’t a trick question or the start of a very weird joke, (though on one level I deeply wish it was). I’m asking in all seriousness. You’ll never guess. So I’ll tell you. It’s my friend, Patrick.

Leave it to Patrick to make the connection between oysters and religion. On a recent visit to NYC from his native Toronto, Patrick did what he always does. He searches for fun places to eat oysters and for a church to attend Sunday service. As always, it was oysters on Saturday, followed by Sunday morning worship.

This visit, Patrick went to the Oyster Bar in the lower level of Grand Central Station. This institution is one of the classic oyster bars in the city. Its doors first opened in 1913, at a time when New York was bursting with local oysters that came from places like Oyster Bay in Long Island. Oysters were sold in restaurants, bars and from carts on city streets—a precursor to today’s food trucks.

The Oyster Bar is indeed a beauty that features the arched tile design of some of the most famous buildings in the city. Just outside of the entrance to the Oyster Bar is a huge vault that is home to the Whispering Gallery, where secrets can be shared and savored.  It turns out that the designer of this highly recognizable ‘Tile Arch System’ was some guy from Spain, named Rafael Guastavino Moreno. In fact, Guastavino tiles were used in several famous New York City landmarks including Grand Central Station, Grant’s Tomb, Carnegie Hall, the American Museum of Natural History and the dome in the Cathedral of Saint John the Divine.

2 thoughts on “Oysters and Religion”