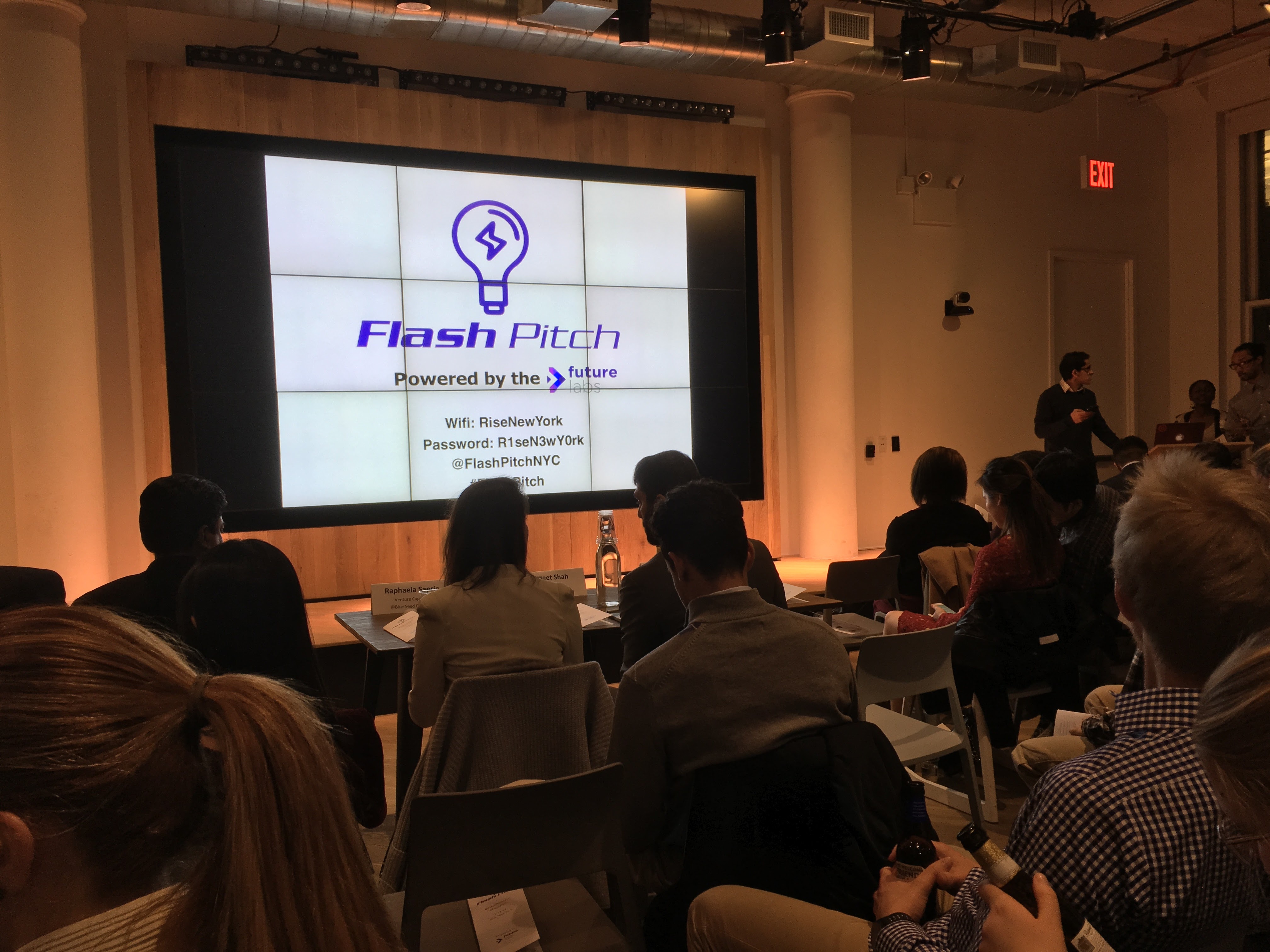 Want to see New Yorkers at their crazy most innovative? Come to Flash Pitch or, as I call it, Shark Tank Junior. Flash Pitch is sponsored by Future Labs, NYU Tandon. It’s their one year old entre into the innovation/entrepreneur space. Every university is starting to have one. (And they’re hiring!) The demographics were telling. The group in attendance skewed young—most were in their 20s—male, but ethnographically diverse. As a glasses wearer, I was pleased to see an over-representation of my fellow bespectacled nerds out there. 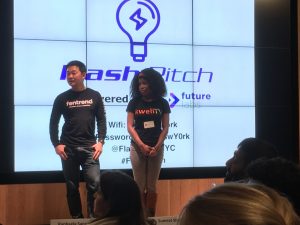 The entrepreneurs presented a HUGE range of products from visual search engines to find women’s designer looks for a fraction of the cost to crowdfunding real estate investment to streaming media targeting the black community. And the winner was…the guy who had the business to business (B2B for those in the know) window and door sales product. What? To be honest, he had me at ‘I know this isn’t the sexiest product.’ Apparently, sex DOES sell, even indirectly. He was already raking in the millions—after only 18 months. Also, did I mention the informal, impromptu, open-mike pitches? Ah what New Yorkers can do with a microphone.

What will this set you back? A mere $10 for an evening of cutthroat fun! But wait, there’s more! The night I went both the pizza and the beer were plentiful and free. That’s New York hospitality for you. 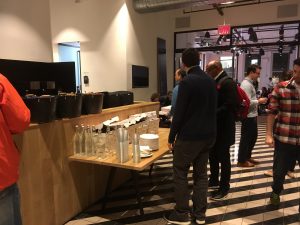 Flash Pitch is a monthly event with the next one scheduled for February 16. See you there!