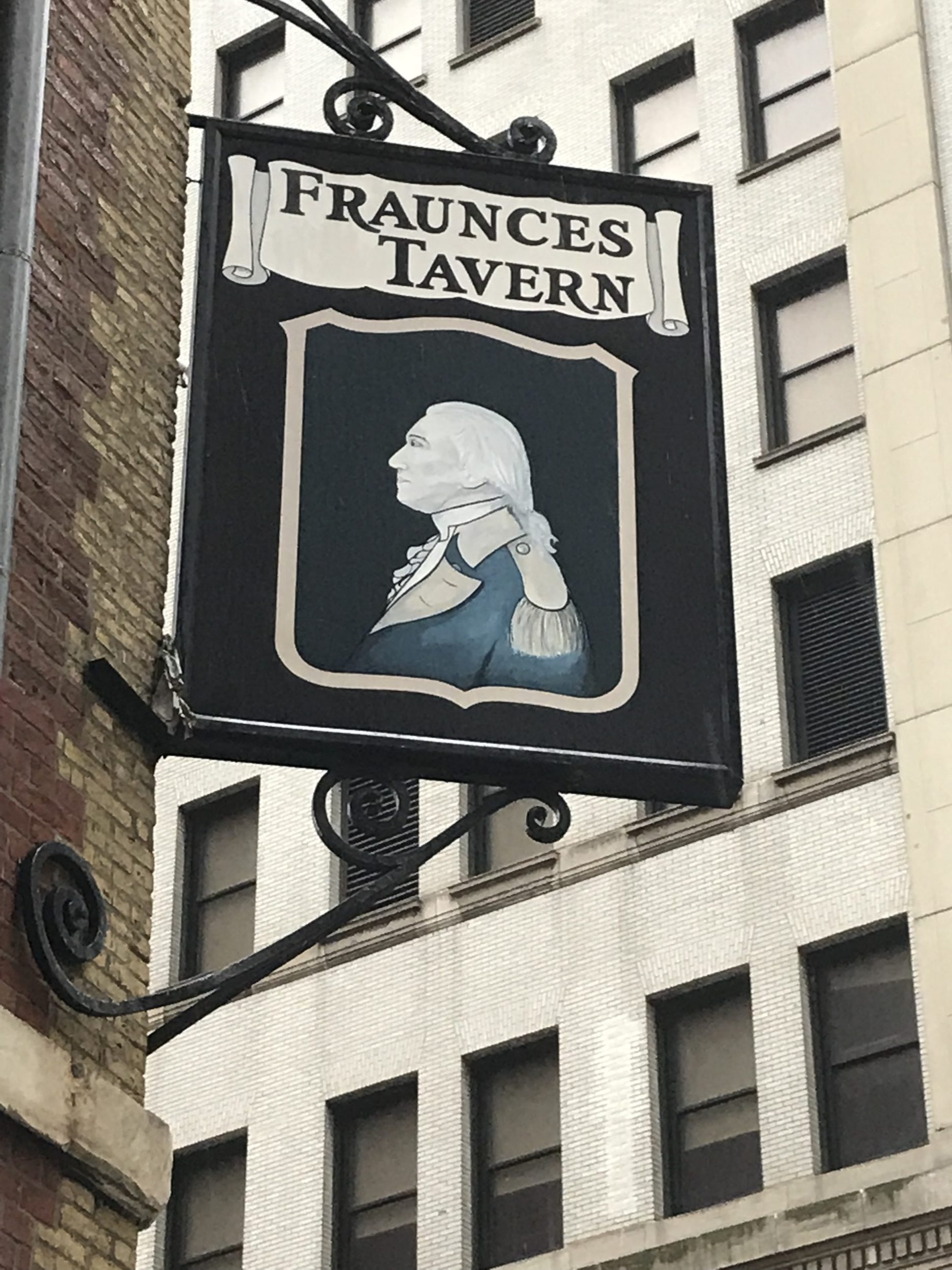 You won’t be surprised to learn that the Financial District has always been about money. New York City was one of the first trading port cities established in the New World. Ever since that time, the place has been filled with get rich quick schemers, scallywags and ne’er do wells from around the world. Today we call them investment bankers, hedge fund managers and, most tellingly, junk bond traders.

You can see the roots of this well-established world in a very few places near Wall Street, some dating back to when Wall Street was an actual wall meant to keep the even more lawless populous at bay. These days, the remnants of that old wall are reduced to a few glass-enclosed square feet that feel more like a sidewalk obstacle course than the entrance to an earlier time.

Across the street, can be found the historic Fraunces Taven. The Tavern was the meeting place for the secret Sons of Liberty who were busy plotting the American Revolution. It was also George Washington’s NYC headquarters during and after the Revolution. Separation of Church and State, to be sure (at least officially). Separation of State and Whiskey? Never!

A stone’s throw and a few skyscrapers away is Stone Street. Stone Street is one of NYC’s oldest streets. The street’s moment of shining glory occurred when, in 1632, the Dutch West India Company built the first commercial brewery in North America. Today, the cobble-stoned street is lined with bars and restaurants. The street is closed to traffic during summer months when all of the tavern owners bring out their tables and the scallywags are filled with good cheer!