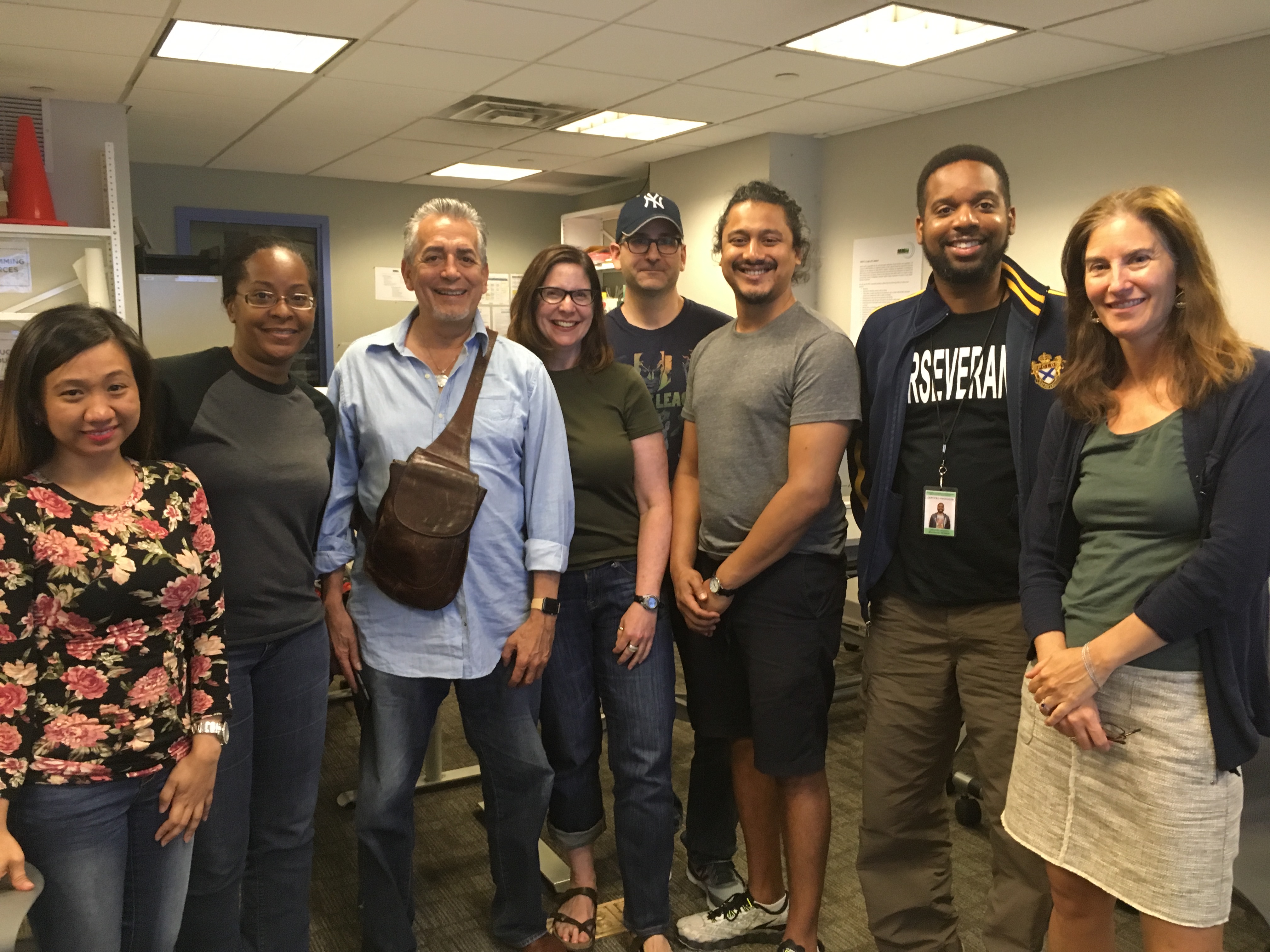 We did it! Our class of 8 successfully graduated from the MNN (Manhattan Neighborhood Network) Producers class. We are now armed, dangerous and ready to take over public access cable TV. I have never been more excited.

The class was well worth the price of admission—a shocking $25! Did you know that RuPaul got a start here? In four weeks, I went from knowing absolutely nothing about TV production to producing a live 7-minute studio segment with three cameras, all kinds of visuals and music and with rolling credits and all.

At the first class, the brilliant teacher, Elizabeth, gave the fastest powerpoint presentation I’ve ever seen. Moments later we were in the studio pressing buttons, moving cameras around and saying things like ‘Quiet on the set.’ Me! I said that.

One of the funniest things that happened over the course of these very fast four weeks is that I can never look at television (or film) the same way again. I am aware of every cut, every dissolve, every too slow camera movement. I have new found admiration for the teleprompter operator—as well as the skills of the teleprompter reader. Those folks on live TV really do make it look like the idea just popped into their heads and then smoothly, elegantly out of their mouths. For the most part.

Have no fear, my friends, you WILL learn all about my upcoming production. I have 90 days to finish it. Yikes! So much to do. Stay tuned for the next installment…

8 thoughts on “The Producers”