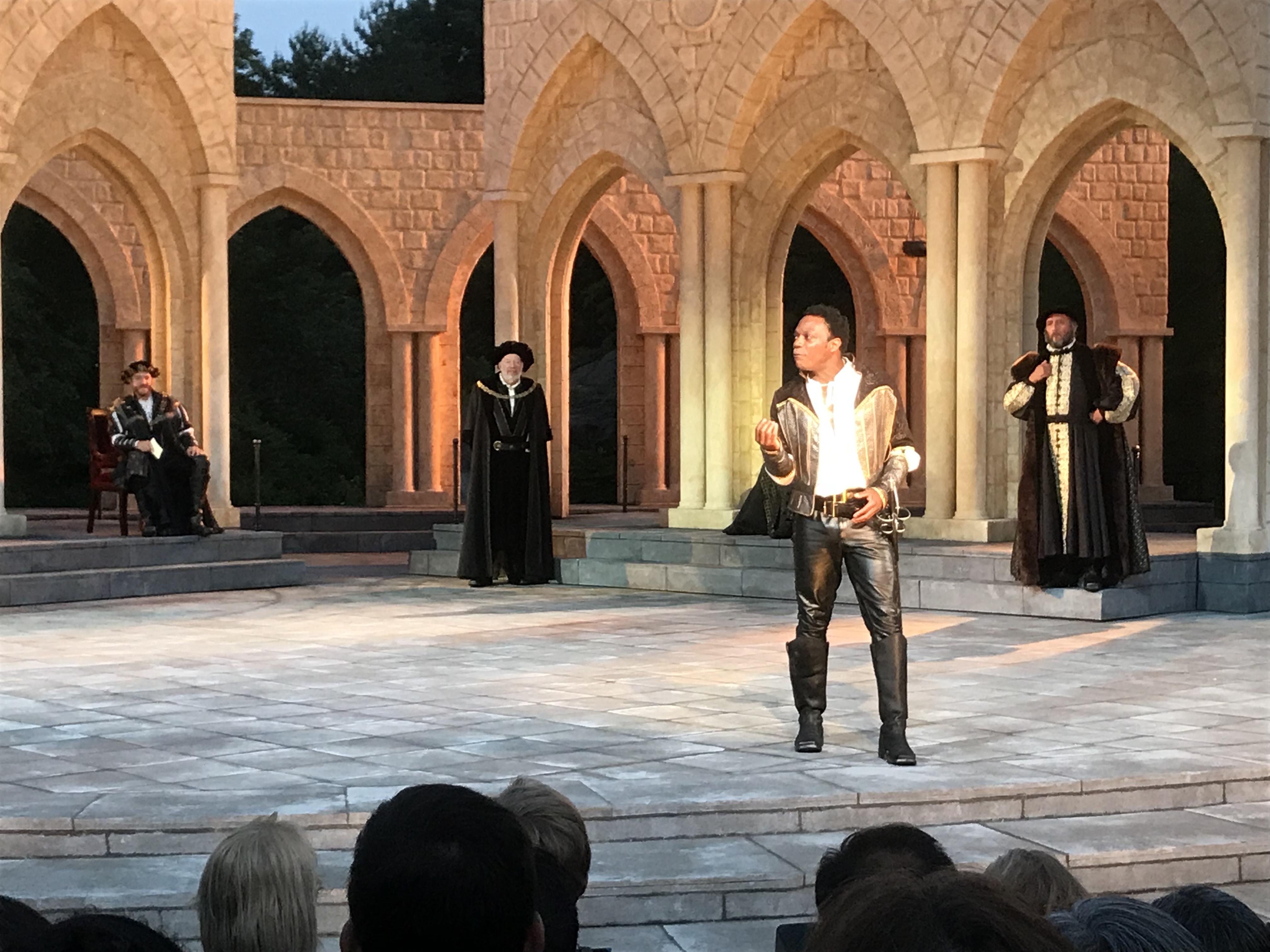 I will be forever grateful for my friends with unconventional schedules. It is entirely due to their willingness to get up at the crack of dawn and to wait for 5(!) hours for free tickets that I was able to see The Public Theater’s Shakespeare in the Park production of Othello.  I love a good Shakespeare production. I also love free!

For the last 20 years or so, The Public—much like theater productions on Broadway—has been stacking the deck with famous actors. It’s true. Famous actors are a big draw. But they are not always the best way to make an exceptionally popular venue more popular or more accessible. In fact, they do quite the opposite. People would LIKE to see the shows, but many have abandoned the effort. The reality is that fewer than 40% of the seats in the theater are ‘free.’ The vast majority of seats are available to the corporate sponsors, who have the option of showing up to claim their seats until 30 minutes before the program starts.

Not that Corey Stoll is chopped liver. This native New Yorker is the most famous of the actors in the current production. Stoll is best known for his roles as Dr. Ephraim Goodweather on the television series The Strain and Congressman Peter Russo in House of Cards. He plays the manipulative Iago in a way I can only describe as badass. He rakes each scene for the devious logic that makes each argument inevitable. He convincingly hovers as the innocent and ‘honest’ bystander to the unraveling tragedy. He finds laugh lines like no Iago I’ve ever seen. Iago, funny. Who would have thought? Check it out, because you actually stand a chance of getting in. Runs through June 24. 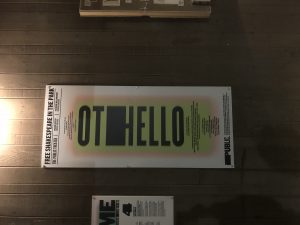 The second Public open-air theater summer production is Twelfth Night, which begins on July 17 and runs through August 19. This production is also a departure from The Public’s usual summer playbook. This Shakespearean production is a musical reimagining developed through their Public Works initiative. Professional artists and two rotating ensembles of community members from all five boroughs will perform together on the Delacorte stage. In my mind, that’s what public theater is all about. I’ll be there. Will you?