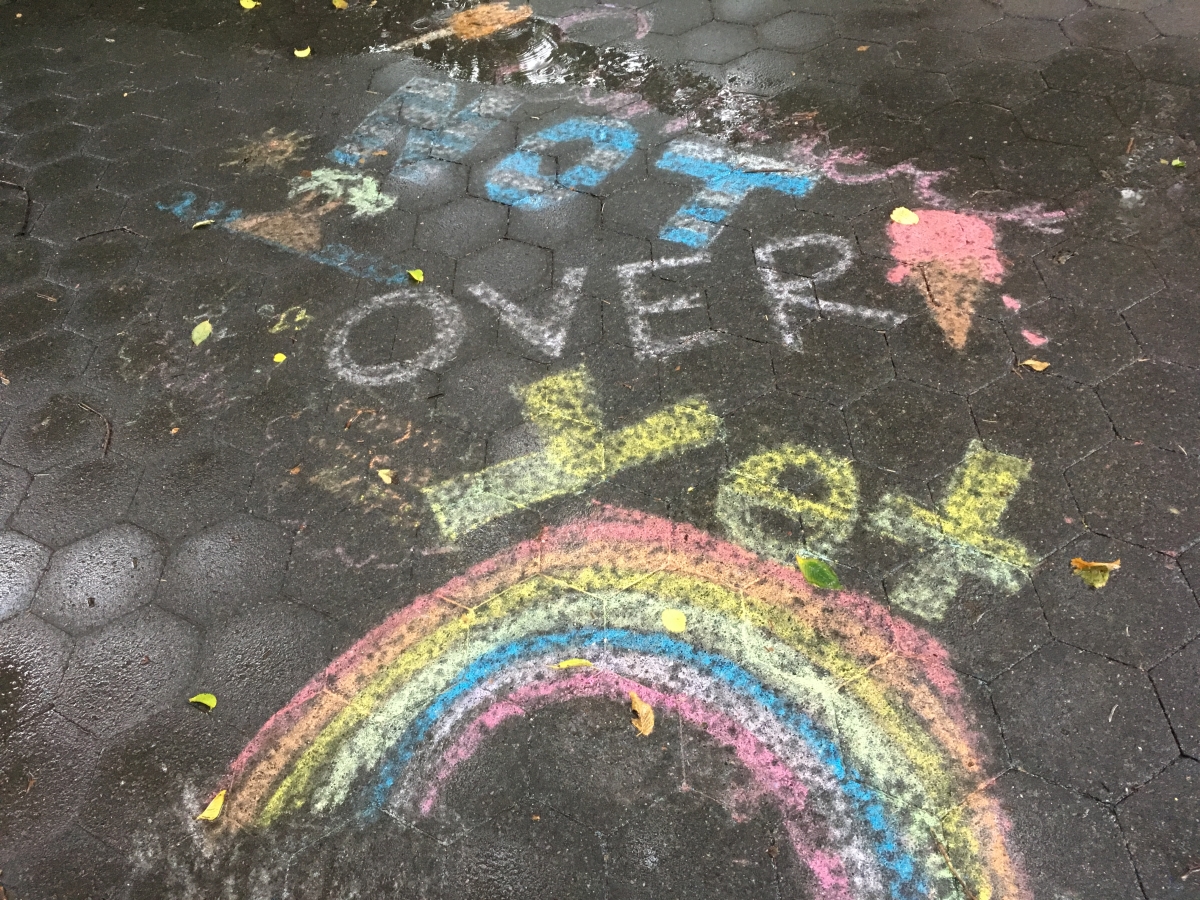 It happened slowly. So slowly that I didn’t notice it at first. You see, I grew up with graffiti. It was colorful, loud, explosive and everywhere—especially on the subways. Then they came up with graffiti-proof subway cars and the tunnel world of the New York City subway system became a dusty, monotonous silver. Etched graffiti never quite caught on. I think it was because it was easier to get caught while etching. Etching takes a long time.

I’ll be the first to admit that I don’t always look where I’m going. That’s not always a good idea. Something is always broken just below ground and it always seems to be where they have just laid nice, even sidewalks that sparkle with mica in this fair city. Jack hammers arrive. Sparkle flies everywhere. Pedestrians trip, fall and occasionally sue the City of New York.

It was shortly after one such tripping event that I realized I should, occasionally, look down. I was quickly rewarded. Street artists are clever and resourceful people. Can’t create art on subways, buildings get whitewashed, the super comes out and chases you away, find someplace else to play. No one seems to take any notice of the sidewalk. Look down, people. You might learn something.

Never very late to the game, even advertisers are beginning to take advantage of this new medium. Anything to drive traffic to their site. I happen to support this one, though I’m not sure how I’d feel if it was a car ad. The moral of the story is to keep your eyes open. Look up. Look down. You will surely find the unexpected.

2 thoughts on “The Ground Beneath Her Feet”