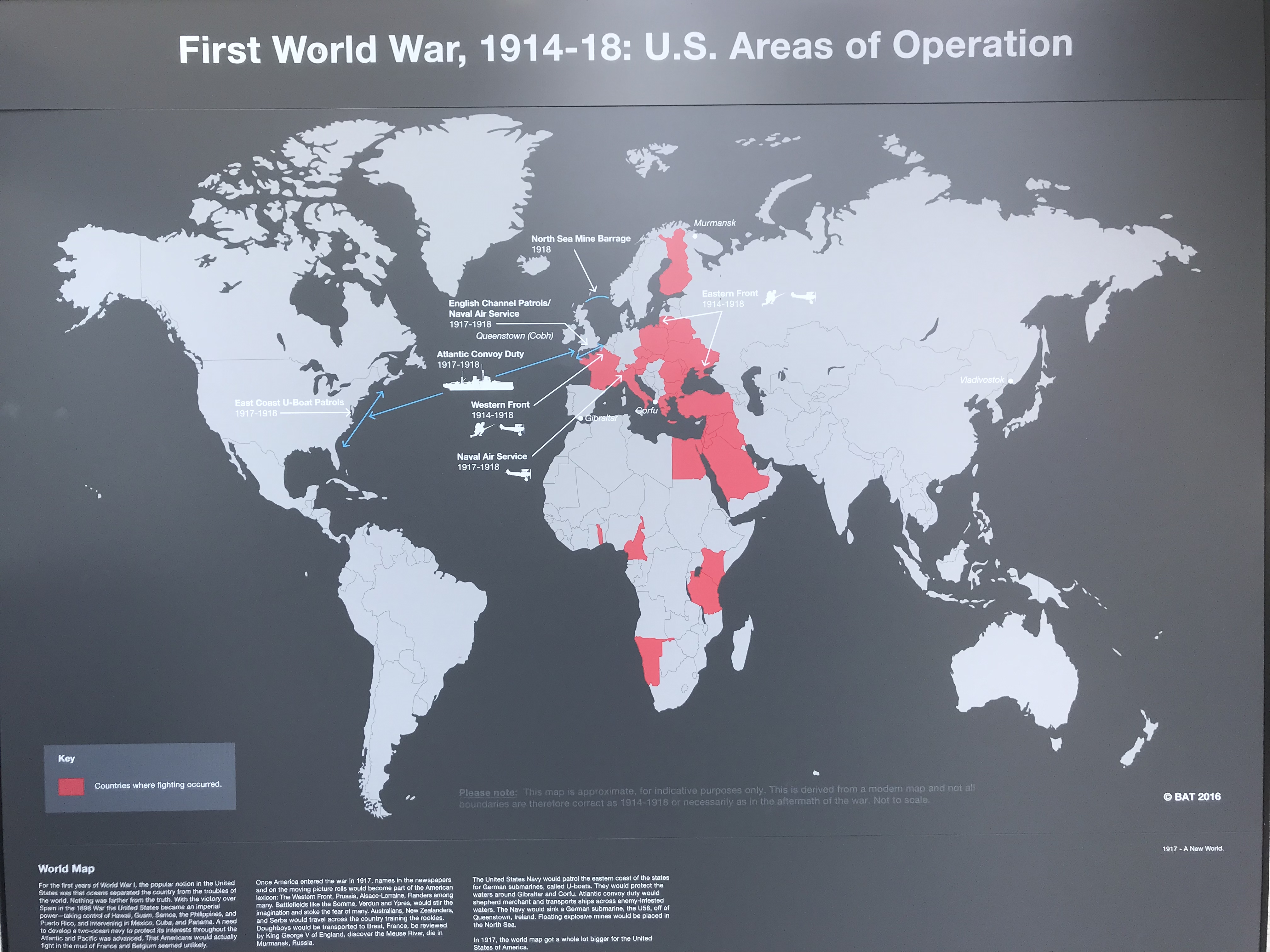 Would you be surprised if I told you that it is the 100th anniversary of the end of WWI? Have you given the matter any thought? I confess that I hadn’t. Until I was confronted by a tiny exhibit on a marginalized corner of a generally busy Manhattan corner.

I’m pretty shocked at myself for not recognizing that this year is the commemorative year, since I’m a big fan of history. I loved social studies when I was in school. Granted we didn’t really think about the rest of the world in those days and focused pretty exclusively on American history. At my school, we actually spent a decent amount of time dissecting that fact that a huge global (from my world view) war was started just because some silly guy named Arch Duke Ferdinand got shot. That was also just about the time that the teacher realized that there was only a week left of classes, so the rest of 20th century American history is pretty much a blur.

To be fair, the official 100th anniversary is not until November 11th. Originally Armistice Day, it had to be renamed to Veteran’s Day, since the 20th century was a really bad time for US involvement in global conflicts. The 21st century is not looking good either.

There I was on the mixed-up corner of 25th Street and Broadway and 5th Avenue at tiny General Worth Square. (General Worth was born a Quaker, but fell in love with war beginning with the War of 1812 and made guest appearances in skirmishes from Niagra Falls to Florida to Texas. He was dead before WWI.) I encountered a series of beautiful photographs, which turned out to be sites of horrific battlefields destroyed by modern warfare. Only this is what they look like 100 years later.

The exhibit is titled: Fields of Battle/Lands of Peace: Doughboys 1917-1918. It’s sponsored by Federal and  City WWI centennial commissions and a museum . It’s not at all clear how long it will be there. I’d guess through November? 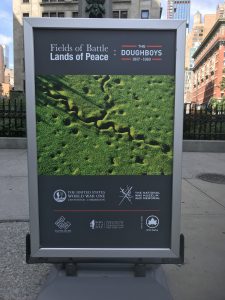