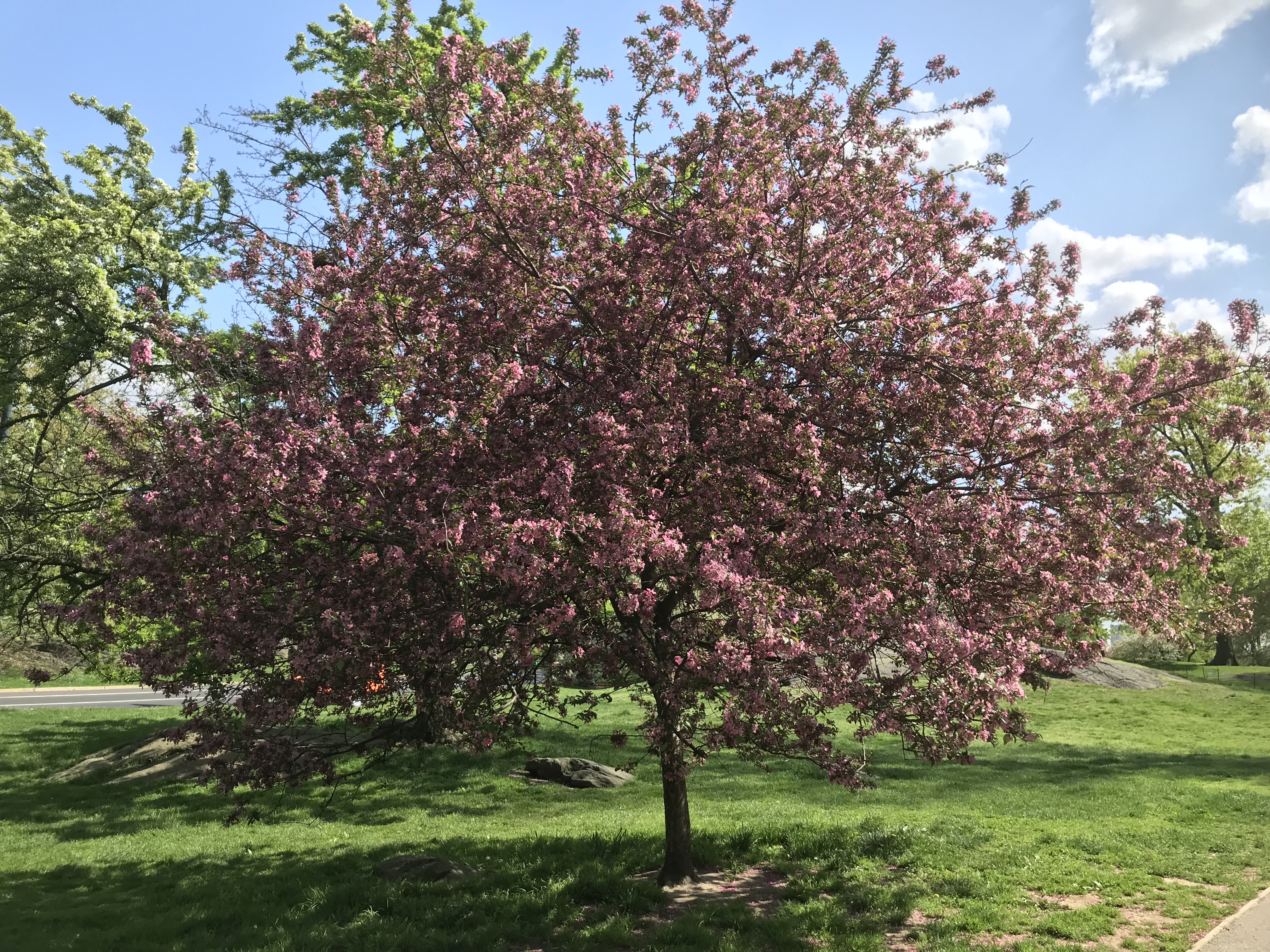 Spring came very, very late to New York City this year. One week later it’s almost over. The sudden peeks of color that make the cold, the rain, the wind, the gray of late February, March and April bearable, didn’t happen this year. Instead, stark black branches, barren since last fall, stood lifelessly on and on.

We’re a sensitive people here in NYC. Most people don’t believe that we actually have a connection to nature. We do. I assure you. How else to explain the multitude of cameras and smartphones clicking away when the blooms finally appeared. Tulips under blooming lilacs, cherry blossoms raining on snow drops, cameras working frantically to capture human-free floral memories.

The one thing that I wish I could share with you right now…is the amazing scent of lilacs. It is so subtle, so distinct and so not replicable. Have you ever smelled a lilac-scented candle or body cream? Enough said. Did I mention that my favorite of all the senses is the sense of smell? It is the only one of the five senses to bypass the thalamus completely, (which humans spent millennia evolving). To get a powerful sense of this truly powerful sense, try reading A Natural History of the Senses by Diane Ackerman.  It’s no accident that the sense of smell is Chapter 1.

Although technically six weeks away, it already feels like summer. People say that spring is the best season, and I like new life as much as the next person. While I’ve learned to live with the fact that nothing is forever, particularly spring, it really should last longer than one week. Ah, but what a week it was.