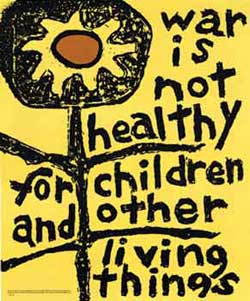 That’s the overarching theme. The Women’s March is over. The anti-reproductive health March for Life is happening today, with support from the second in command, Mike Pence. The flurry of shocking and confusing executive actions continues unabated. Even Mikhail Gorbachev, former head of the Soviet Union who led the world out of the ‘Cold War’ in the late 1980s, is freaked out by what’s going on. In a Time article he says ‘It All Looks as if the World Is Preparing for War’ http://time.com/4645442/gorbachev-putin-trump/ That’s scary stuff from someone who knows an awful lot about war.

Is this what it’s come to? ‘1984’ by George Orwell, originally published in 1949, is the new runaway hit on Amazon (which also bears a striking resemblance to Big Brother). Can a resurgence of ‘Dr. Strangelove or: How I Learned to Stop Worrying and Love the Bomb’ be far behind? Here we were all worrying about health care, reproductive choice, immigration, the environment, and social justice. Mere pebbles in the pond! No, we’re galloping towards the four horsemen of the apocalypse, a feeling confirmed yesterday in the Bulletin of Atomic Scientists by advancing the ‘Doomsday Clock’ (also begun in 1949 at the beginning of the nuclear arms race) to two and a half minutes to midnight. Is it 1949 all over again? It’s enough to make a gal throw her hands up in despair! 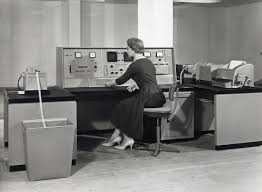 As I was despondently pondering this future, I wondered if anything actually good came out of that disheartening year. It turns out that the Geneva Convention outlining the treatment of prisoners was signed, the color TV was invented (and the Emmy’s broadcast its first awards program), the world’s first commercially available computer (the Ferranti Mark 1) was released and Bruce Springsteen was born. Even when things look their darkest, good things that hugely benefit the world and the people in it are happening.

The need for everything the Women’s March stood for is still there. Some pundits say that identity politics that separate out and focus on individual issues like women’s health, are a sure way to doom organizing efforts. Others say that it is the ONLY way and that we should take a page from the strategies used by the Tea Party. The truth is that ANY strategy that gets attention is likely to advance the issues that we hold so dear. After an amazingly united and HUGE start, it’s time to get out hands dirty—one finger at a time, if that’s what it takes.