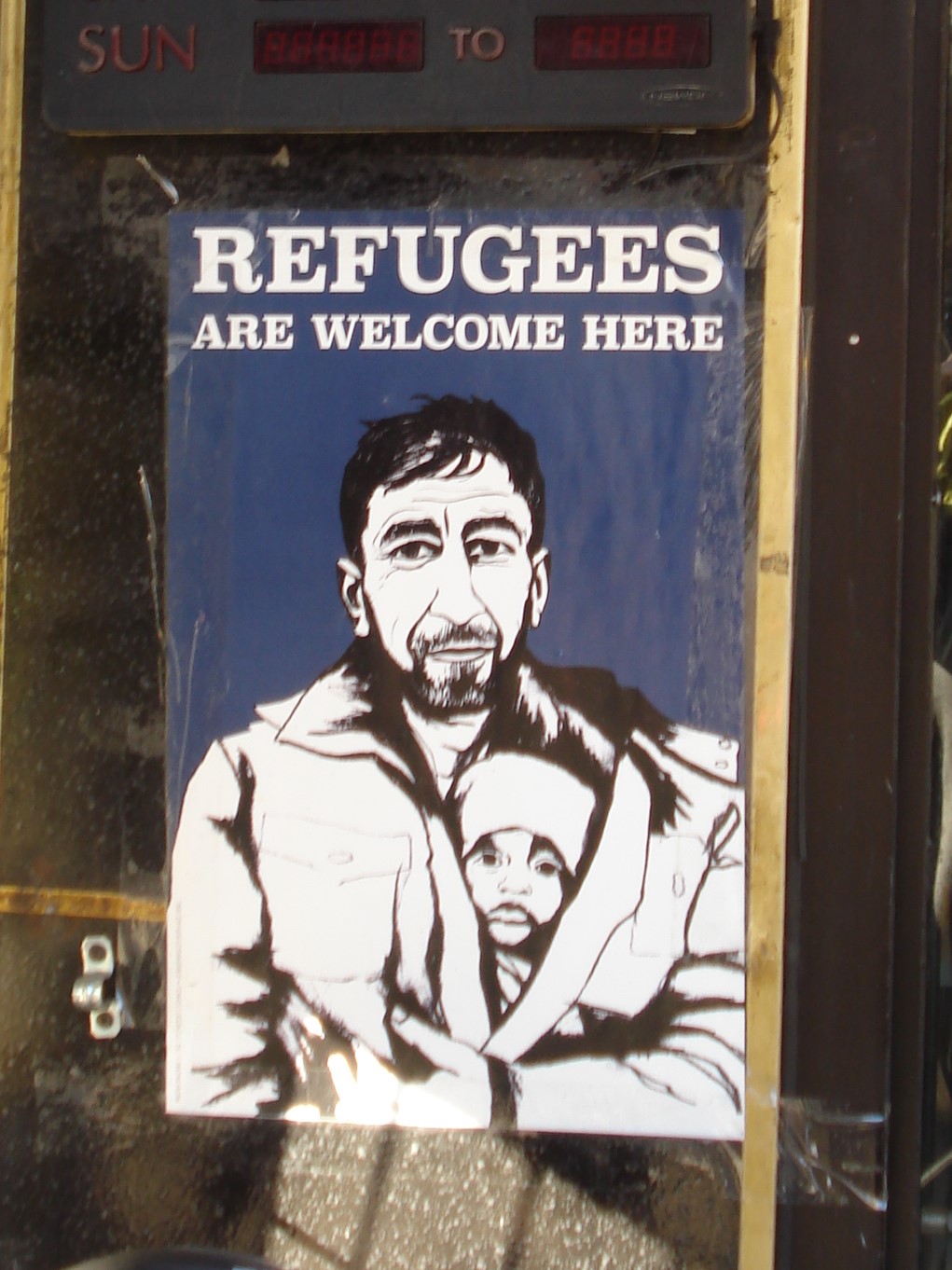 I never noticed this poster, located next to the entrance of the hardware store on my corner. That is until just after the 2016 election. How long had it been there? I was also blissfully ignorant of the fact that New York is a sanctuary city. In fact, I was embarrassingly ignorant of the term Sanctuary City. President-elect Donald Trump changed all of that for me.

I’ve lived in my neighborhood for a very long time—so long that I don’t care to put a number to it. When I first moved here, the corner store sold clothing then it sold falafel then it was a video rental place (that also traded in heroin, oops) then it became the hardware store. In the many years that the hardware store has been there, I can’t tell you how many lightbulbs I’ve purchased there, keys I’ve had made, people I’ve directed to shop there. I also can’t tell you the original country where the proprietor and his employees come from.

Part of the reason is that it is really none of my business. Another part is that it’s not something I actively consider when interacting with my fellow New Yorkers. What does it matter if they’re from Ohio or Ontario, Syracuse or Syria? That’s all changed now. Now I’m embarrassed that I don’t know which country my neighbors hail from. Were they themselves refugees? Do they employee refugees as they resettle into what must be a very foreign, but I’d like to think friendly, new environment? Is that selfish of me—or respectful?

This is what I do know. I went to get a key made (see above) and suddenly a song I love came on. The problem was that since I’m not a millennial (or younger) I had failed miserably in my efforts to identify the artist. When the hum of the key grinder finally subdued, I asked the 20-something, vaguely Middle Eastern-looking kid behind the counter the name of the guy who sang my song. Of course, he knew. He is a young American.