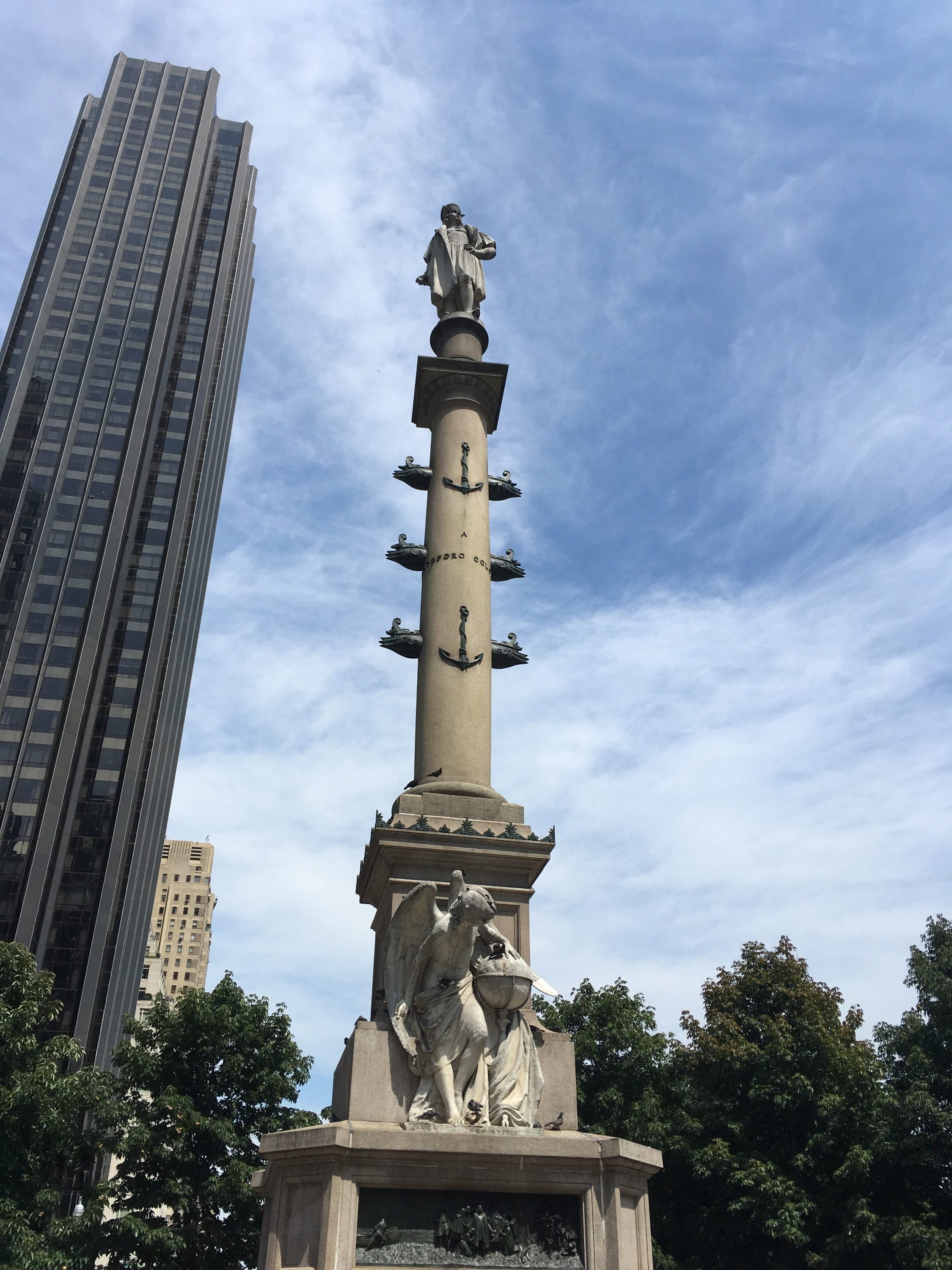 My never-ending quest for tastes of tranquility in teeming New York City takes me to some pretty unusual places. Columbus Circle, which is surrounded by the Time Warner Center, the Art and Design Museum, Central Park and Trump International Tower seems that it might be ripe for a hidden corner of peace if only because of Central Park. WRONG!

This particular corner of Central Park (where Central Park South crosses Central Park West) is not only home to some of the priciest real estate in the world, it is one of the most trafficked places in the entire park. No, I didn’t look to the park for tranquility, I marched west.

Just one block west lies the downtown campus of Fordham University, home to several graduate schools. Just to the right of the main entrance is a stairway. A stairway to nowhere—or so it would seem. Now I’ve never met a tiny street, a secret path, a stairway to nowhere that I could resist. This one was no different. Up I went.

To discover a delicious, cool, quiet, manicured park one level above the street roar of 9th avenue. Better yet, they even have free wifi! I hit the mother lode with this little piece of tranquility. 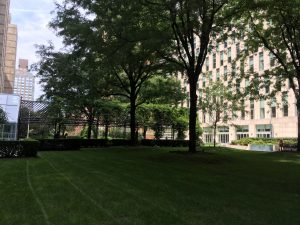 Where will I find the next one?