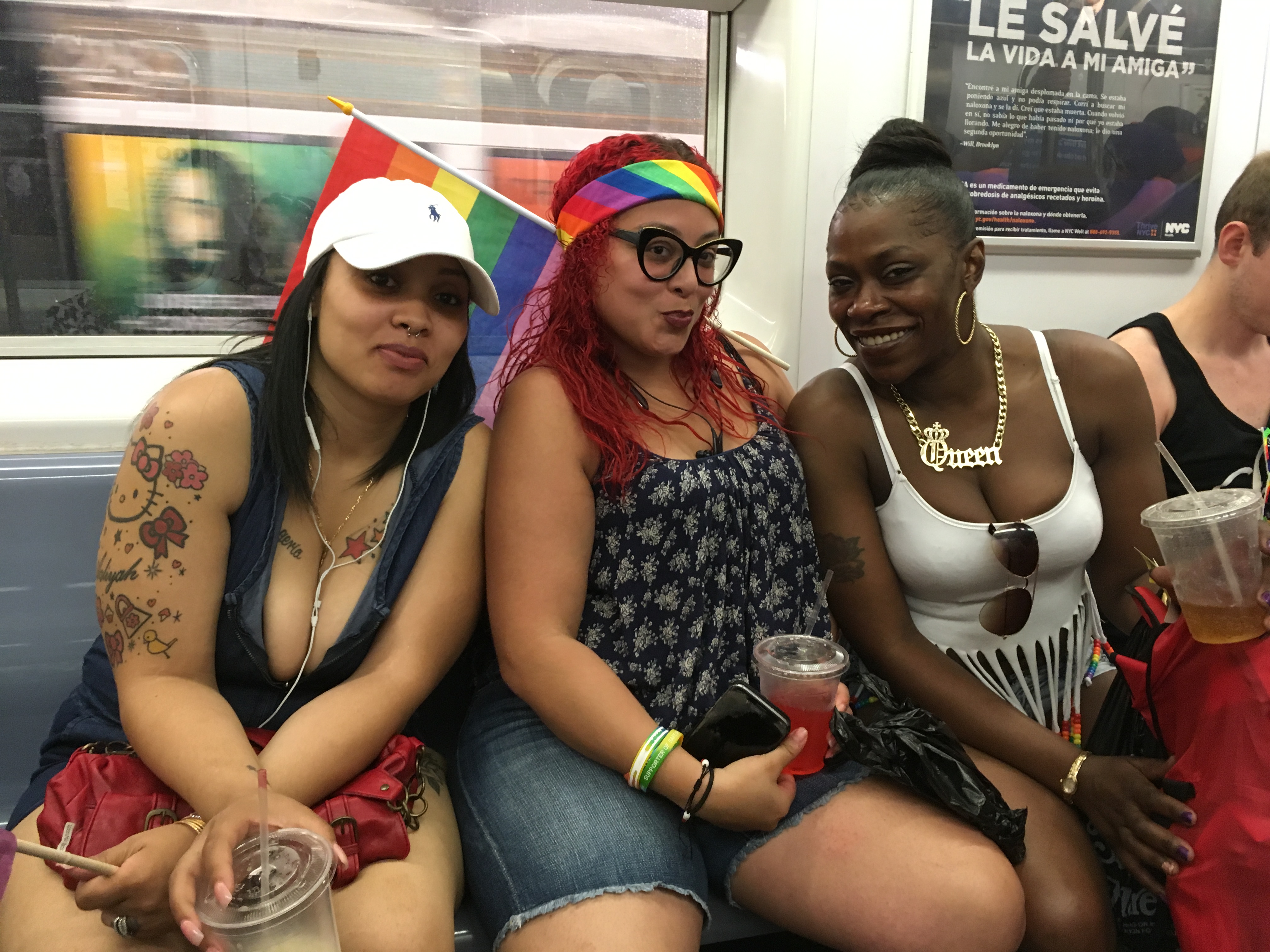 You’ve come a long way, baby! This year’s 48th Annual Pride Parade had more than 40,000 marchers—a record number. Tens of thousands more lined the parade route that began at 36th Street and ended at Christopher and Greenwich. This year’s parade was both mainstream AND out of control. The bottom line: people were having a ball.

The protesters—and there are always protesters—were not anti-LGBTQ. Far from it. The 12 people arrested were from a group called No Justice No Peace, who are “working to end the LGBT movement’s complicity with systems that oppress.” Polarized politics within the LGBTQ community? If that’s not mainstream and American, I don’t know what is.

I admit it. There was one moment in the parade that had my mouth hanging wide open. So far open that I couldn’t pull it together to take a picture. So, let me give you the written image. Hilton Worldwide Holdings, (you know, the hotel people that brought you Paris), had a ‘concept float.’ People dressed in white push pastel, though non-rainbow, colored doors down the street. None of the metaphors that pop into my head around closed doors are good for Pride. Suddenly the people in white climb awkwardly through the doors and begin dancing in male-female couples. You know what happens next: partners switch then switch again in a gender mash-up. Hmmm. 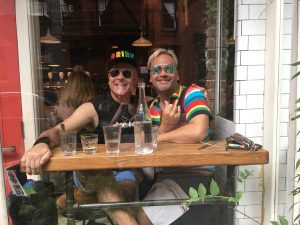 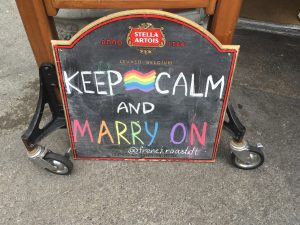 I have to say that 40,000 marchers representing 350 organizations (and corporations) is a lot of parade. It was still going strong down 5th Avenue by the time I left at 6:30 pm. What will happen when the parade that marks the Stonewall uprisings turns 50 in 2019? Let’s hope Hilton gets a clue. 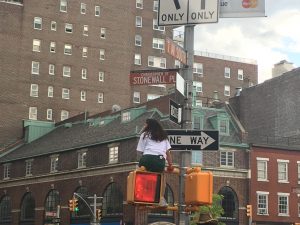