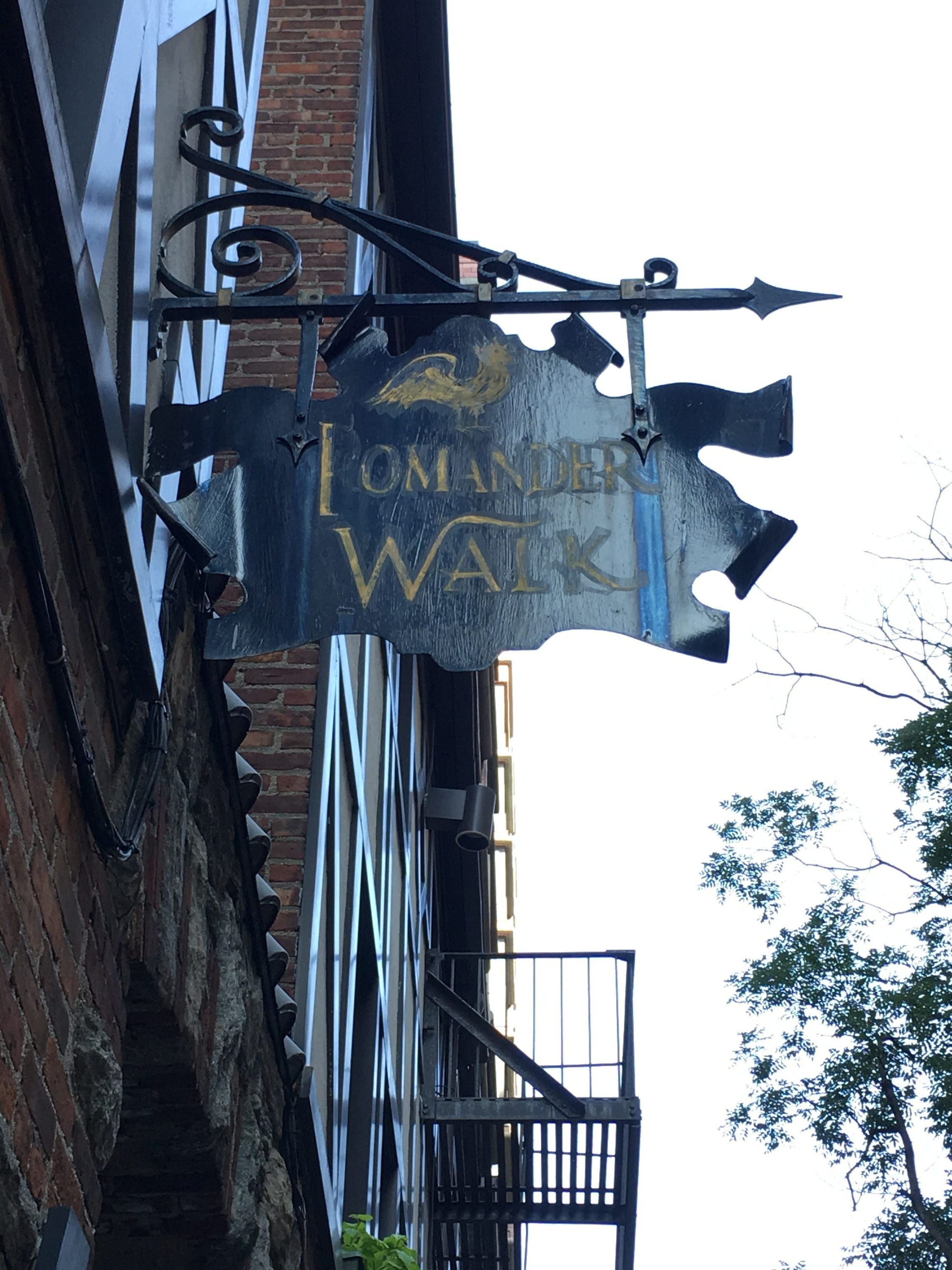 Need a quick trip to Europe but don’t have time to hop on a plane? Look no further than Pomander Walk. Plus, you get the added benefit of time travel. The entire complex was built based the specifications of a fictional London mews that was the setting of minor romantic comedy from 1910 called—you got it—Pomander Walk.

It turns out that Pomander Walk was built quite accidentally. In 1922, some real estate developer who was plotting to build a grand hotel on the property needed to make some quick money. So he built this whimsical mews for renters. He died before he could raise the money, so Pomander Walk was saved—the first time.

Given that the tallest building has only 2 stories—in Manhattan!—the entire complex has been a target for almost as long as it has existed. The closest it came to seriously being demolished was in the 1970s, when Pomander Walk fell into complete disrepair—as did the rest of the city. Developers still wanted to build a high rise there. The residents banded together and on the second try they managed to get historic preservation status for the walk.

Around the same time, they also put gates on the entrances on both 94th and 95th streets. It is not open to the public and you either need to be an invited guest or to go on a guided tour. Still, you can stand at the gates and take a peek at the beautifully maintained facades and lush gardens and escape New York, if only for a few minutes.