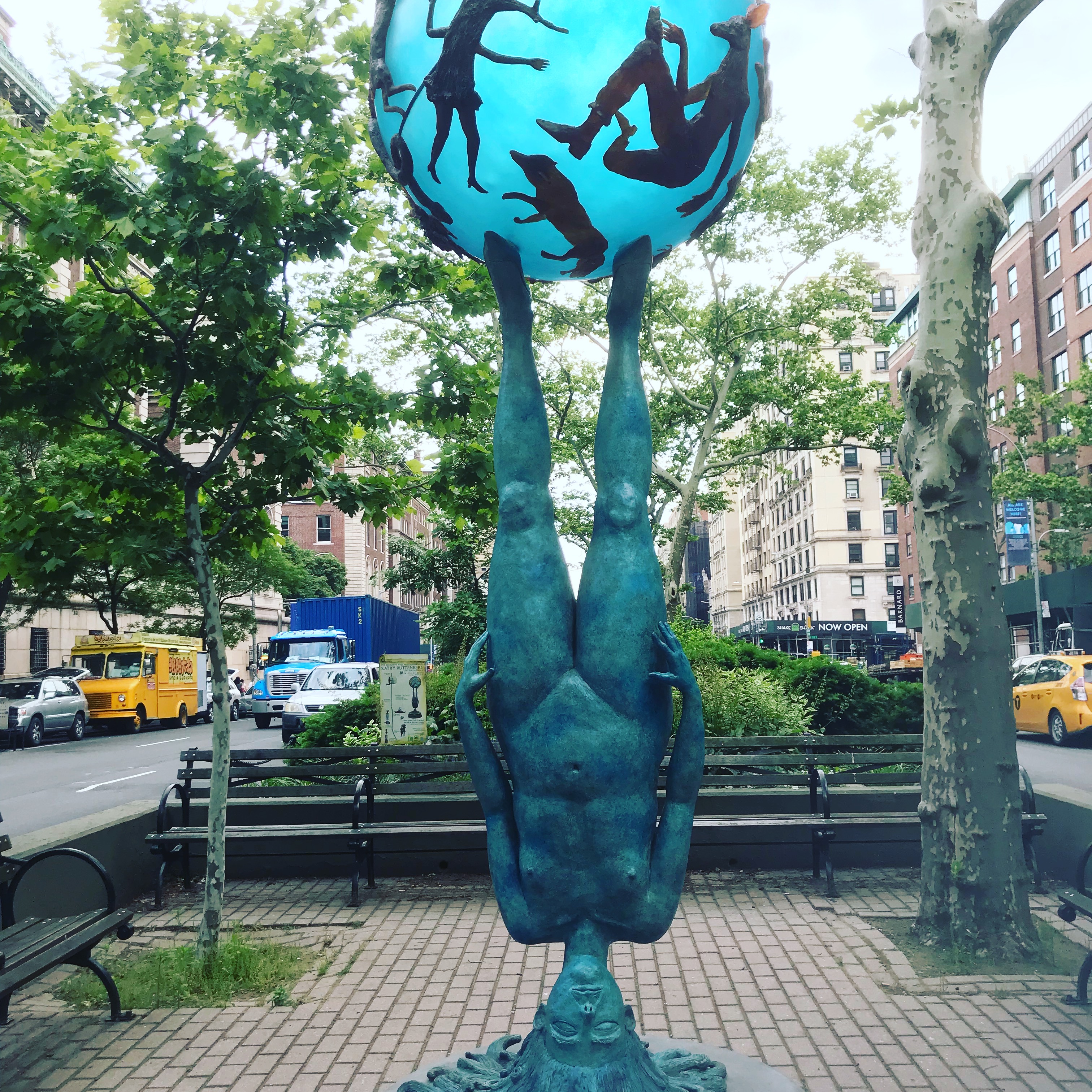 Broadway is a proud and ancient (in US terms) thoroughfare. It starts at the base of Manhattan isle and wends its way north through the state of New York. It passes through the state’s capital, the beautiful Saratoga Springs—a longtime summer destination for the wealthy and horse race aficionados alike—and ends at the top of the majestic Adirondack Park, the largest protected area in the US.  In short, it’s a gorgeous ride from tip to top.

Why then has the term Broadway been limited to a six square block area in the center of Manhattan? Sure, the internationally renowned theater district is located around Broadway, though very few theaters are actually located on Broadway. A walk down this storied street takes you through the most diverse array of neighborhoods located on a single New York City avenue. It starts near the ferry terminals at the southern end, passes through the Wall Street district, which is home to many Revolutionary War remnants, continues north through the Village—just as you image it—and passes through a neighborhood teaming with industrious immigrant entrepreneurs before it finally hits its famed venue, Times Square.

It is a bit north of this area that our story begins. With the northern expansion of Manhattan, there was already a desire to get away from the hustle and the bustle of the city. Grand avenues, parks and park-like medians were the order of the day. Broadway was the lucky recipient of such a median. Filled with greenery, blooming trees and flowers, and even benches for those who care to take respite on the 10-foot-wide medians.

To make these green world spaces even more alluring, the city of New York regularly taps into a huge array of artistic talent through it’s Art in the Parks program. The current Broadway median art exhibit stretches from 64th Street to 157th Street and consists of whimsical sculptures of humans and nature by the artist Kathy Ruttenberg.

When you take your wander down New York City’s most eclectic boulevard—a walk I highly recommend—make sure to visit the Ruttenberg sculptures along the way. @kathyruttenberg The exhibit is in place through Winter 2018.