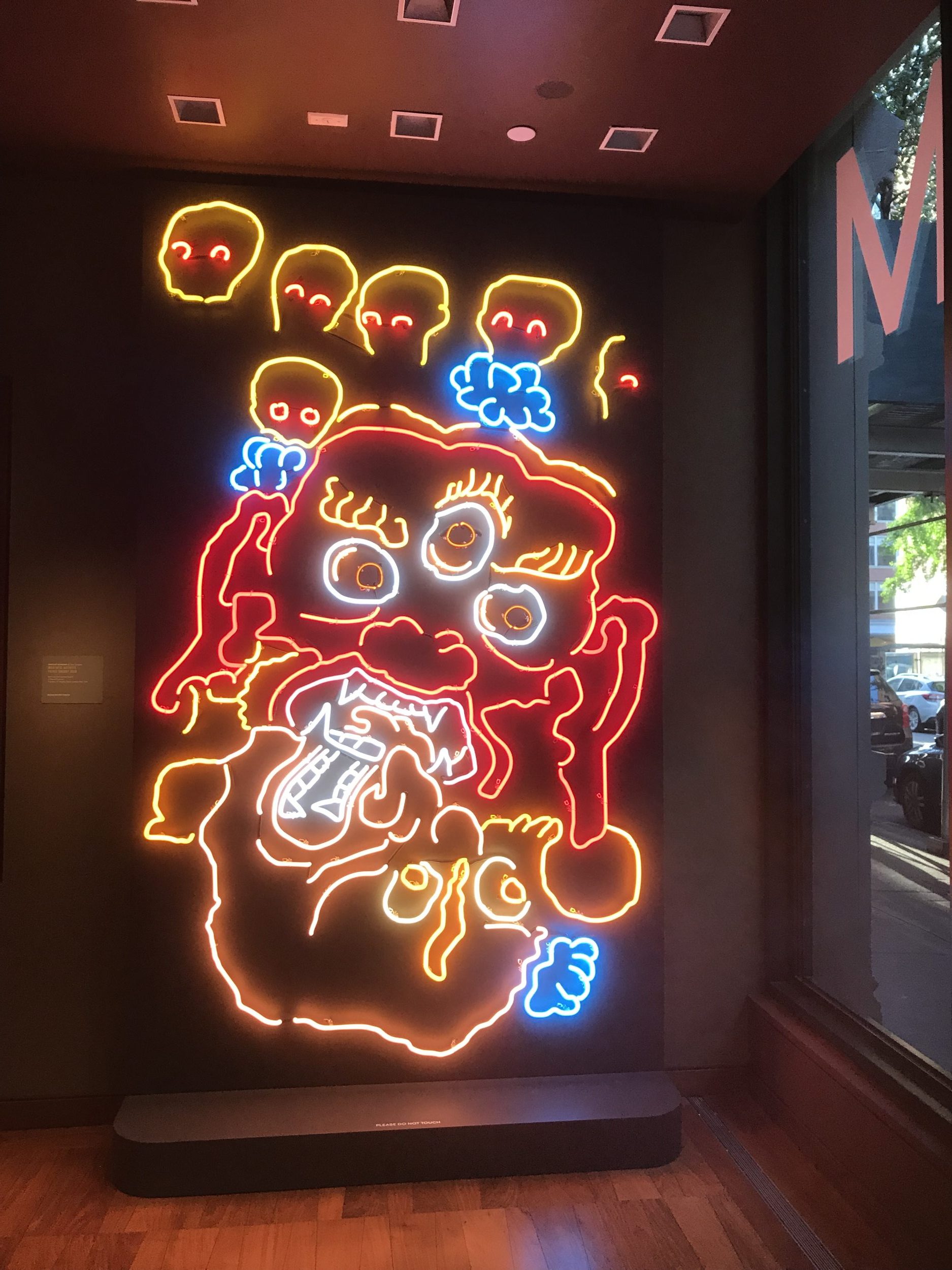 I forgive you for imagining that a museum dedicated entirely to Tibetan and Buddhist art could be a sleeper. It could be. I have been to that museum. I want you to forget all that. Now imagine what a living, breathing, interactive space might be.

Would it have a bar? Of course, it would. Would that bar have a DJ on Friday nights when the museum is open and free to encourage community get-togethers? Check. As long as the bar is in the museum (mingled in with a delightful gift shop), why not take a wander through the museum—you’re there anyway. Did I mention that the museum is located in the original Barney’s luxury department store with its famed staircase? Oh yeah. 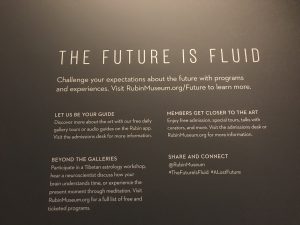 I always start at the top. The highest goal of Buddhism is Nirvana, which is frequently depicted as the top. I like the juxtaposition of starting at the heathen bottom (with a lovely happy hour glass of wine) and immediately finding myself at the Rubin Museum of Art’s Nirvana. This Nirvana is often reserved for an interactive, sometimes experimental art exhibit. Contemporary artists were on display on this particular day. (Did I mention that they change exhibits fairly frequently? There’s always something new and thought provoking on display!)

On a lower floor, I was enraptured by an exhibit that consisted of a row of old Indian taxi meters fitted out as little televisions. Each video is a unique ‘ride’ through town and country, captured by mounting a camera to the mode of transportation—taxi, motorcycle, truck—and just watching the world go by. On further inspection, I learned that the videos represented the trips to the many sacred shrines located throughout India, though no shrine was actually shown. I don’t know why it struck such a chord with me, but it did. Alas, a series of small TV screens is a darkened room is not at all amenable to a photograph. You just have to believe me. It was modestly spectacular.

No visit to the museum would be complete without a visit to the shrine room, a sound track of Tibetan horns and chanting softly in the background. This space is also used for public meditation events. (The entire place is interactive with films and talks and discovery.)  I always pause in one of the chairs to shake out any remaining stress from the week and to clear my head for the week to come. Darn if it doesn’t work!

The Rubin Museum of Art is closed Tuesdays and open late on Wednesdays and Fridays.  You really should stop by.