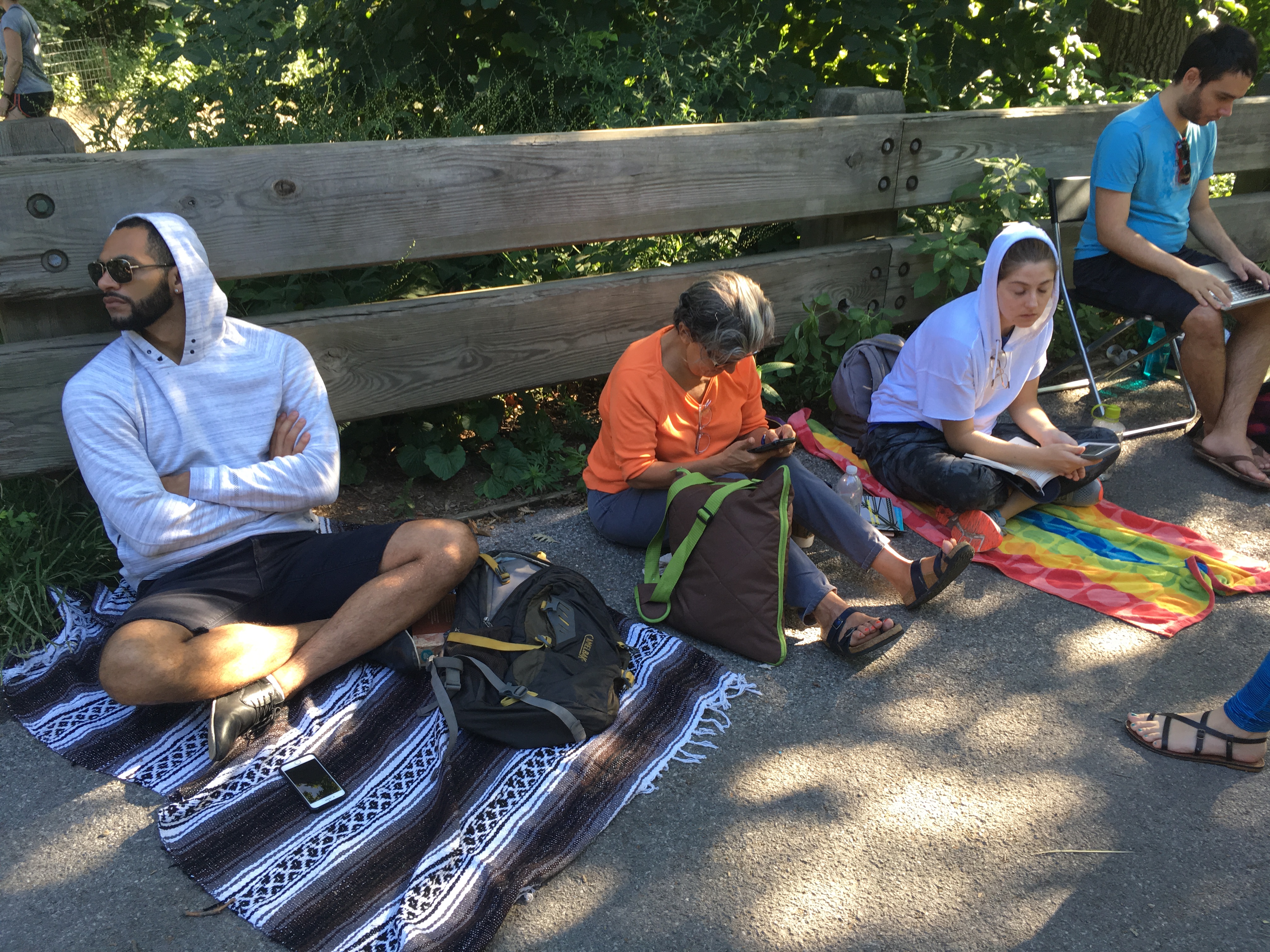 The thing I love about New Yorkers is that we are extreme optimists. Optimists beyond reason. Pretty much nothing gets us down.

Last Sunday, I took part in a long-standing summer ritual. I got up at 6:30 on a Sunday morning, grabbed a coffee and a lawn chair and headed into Central Park to wait on line for chance to get free tickets to a performance of Shakespeare in the Park.

It was already a beautiful day after several evenings of threatening rain. It was the last day of the season and the play was a crowd pleaser, though I am embarrassed to admit that I wasn’t quite sure which pleaser it was. No matter, a Shakespeare production by the Public Theater is always noteworthy and free is such an excellent price.

The park was crowded with runners doing their first marathon tune-up run in preparation for the big day in November. Suddenly I noticed people hanging out in sleeping bags in a place where they shouldn’t be. Then it dawned on me. This was the line for free Shakespeare. I have never seen the line this long. There was nothing to do for it, but find the end of the line and plop down.

As we were enjoying our picnic breakfast and the company of our new neighbors on the line, some Debbie Downer came along and said ‘You know, the guy on the corner ahead of you is number 341. I counted.’ She continued walking to the end of the line, which at this point was well beyond my view. (As it turns out, she was wrong. A more official person with better counting skills declared the man to be number 435.)

A couple hours later after languishing happily in the dawning day, I wandered along the line to see what other characters were also waiting. I spoke with the folks at the head of the line. They had arrived at 12:30 in the morning. They were going to get in. Turns out that the mad rush for seats came at 5:15–AM!

I used to be able to get in to see the productions fairly regularly. The theater holds just over 1800 seats. These days only 300 of them are available to the public. The rest are corporate or private sponsorship. The Public isn’t public anymore.

Still, not one person left the line until the moment of truth at 10:45. We were informed that there was NO WAY we would see the performance tonight. But we were invited to return at 1p and wait until 7p to see if any sponsors would not be coming tonight.

We are an insanely optimistic group, but we’re not crazy. We said goodbye to all of our new friends, got on with our days and made plans for a newly free evening.