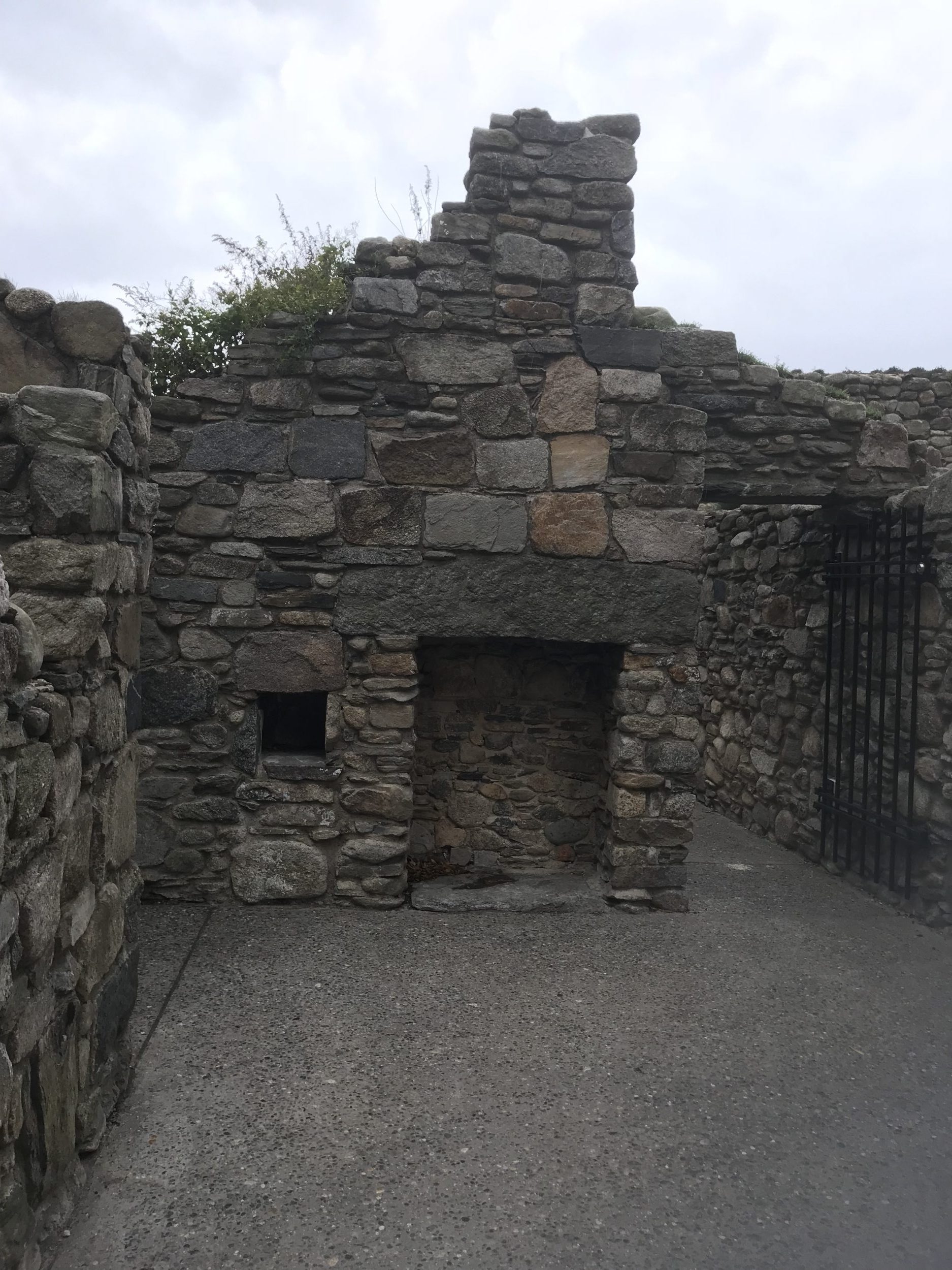 In the seven-year period between 1845 and 1852, more than a million Irish people died of starvation. In Irish it is simply known as The Great Famine.

Construction of the Irish Hunger Memorial began in 2001 at the upper end of Battery Park City in Manhattan. It’s a quiet, tree shaded area surrounded by the high rises and luxury shopping centers associated with the World Financial Center. It was originally located in the shadow of the World Trade Center. The Memorial continues to boast a fine view of the finally reconstructed One World Trade Center, aka the Freedom Tower.

The top of the Memorial consists of an authentic Irish cottage transported from Ireland and stony, wind-blown fields typical of the Irish countryside.

The bottom of the Memorial, however, is a streamlined hodge-podge of text and dark. In addition to a list of the financial contributors to the Memorial (ranging from one dollar to thousands), highlights of the horrors of the 20th century and tales of both hardship and success of Irish immigrants underlie the slice of Ireland above.

The only tourists I saw when I was there were two Arab speaking couples—both women in hijabs—the Freedom Tower looking placidly on.

2 thoughts on “Not Ireland”