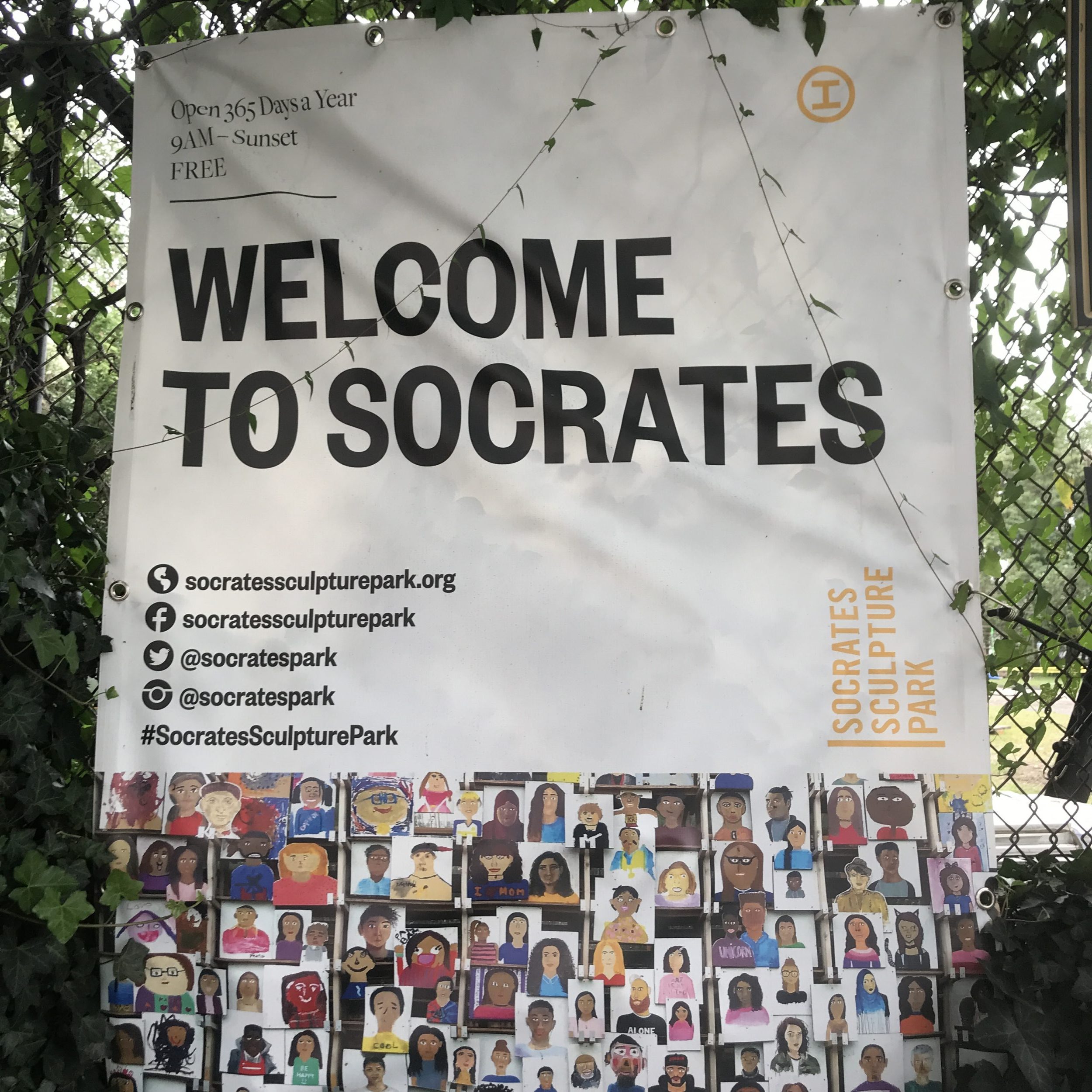 Socrates is said to be the father of Western philosophy. Quite the coup for a guy who was too busy to write down his own thoughts. The only reason we know anything about him is that he had a cool cadre of guys hanging on his every word, including one Plato. Plato just loved to write and teach. Yet it is Socrates, the teacher of the teacher, who people want to name things after.

So, it is with the Socrates Sculpture Park in Astoria Queens—not the Plato Park, the Socrates Park. The first time I went to the Sculpture Park, I got completely lost trying to find it. My friend Olivier and I found ourselves deep in an inner-city neighborhood with manned police towers and signs declaring NO DRUGS HERE. Signs like that in New York mean that you’ve just hit the jackpot if you want to buy any kind of illegal drug you can think of.  It also means that there are very few alternative professions that the people in the community can reasonably expect to join. That’s a song for another story.

When we finally stumbled on a scrappy looking piece of waterfront, we were startled to find…nothing. Perhaps a hand-painted sign dangling off the battered chain link fence. It had the appearance of an abandoned ‘coming soon’ cineplex. This is a park that Queens Chamber of Commerce had thought fit to include on a printed walking tour of culturally important sites in Astoria. Dream big. I like the concept, but…

That was about 10 years ago. The Socrates Sculpture Park has come a long way, baby. Now, the tree shaded walkways culminate in a pastoral water view. Seriously, the view is reminiscent of a lake in rolling forest hills, despite the fact that it is located in the most densely populated city in the US. Although, we arrived during an exhibition de-install / install period, there was still plenty to see. (Semi)-permanent exhibits were on display, as they prepared for the Socrates Annual 2018!, which features new artworks by the latest group of Park Fellows.

Come on down for the Socrates Annual opening celebration on Sunday, October 7 from 3p -6p. The park is located at the end of Broadway (not that Broadway, the Queens Broadway). Even if you can’t make the opening, the Park is open 365 days a year from 9am to sundown and is absolutely free!