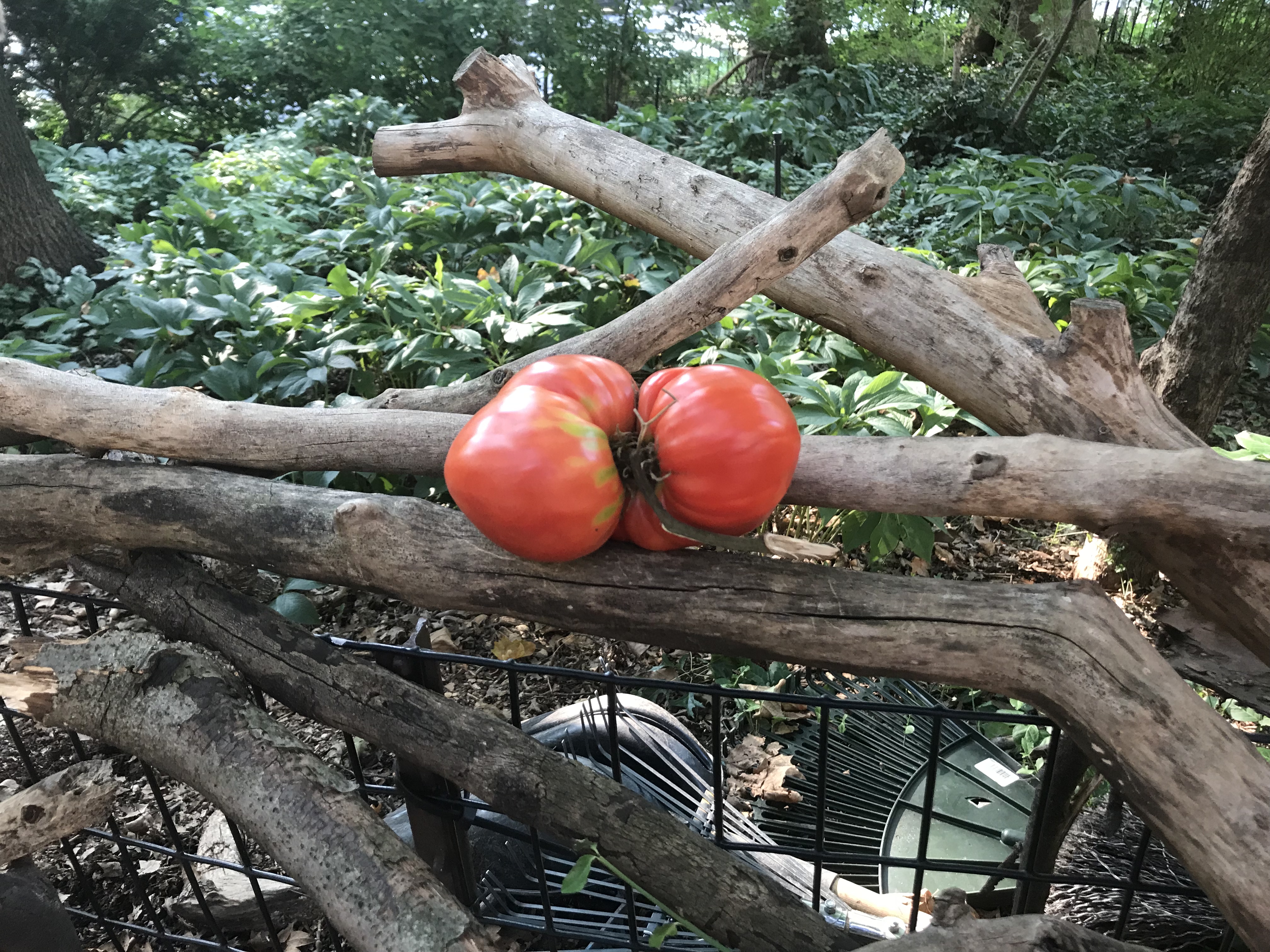 It’s that time again. One of my best of the year: tomato season. Tomatoes are my all-time favorite food—versatile and tasty and found pretty much everywhere in the world. The thing about tomatoes in New York City is that they used to be a pretty rare event. They’d start trickling in around July and then be gone by the end of September. Sure, there was such a thing called ‘hot house tomatoes’ that showed up plastic-wrapped in corrugated plastic containers, as if they were too delicate for this world. A pale three season substitute for the real thing.

My friend Terri has a theory about tomatoes. The ones that are misshapen and ugly, the ones that others might pass up despite their deep and tempting redness, those are the best–the sweetest, meatiest, tastiest delights on offer. Such was my joy when Mr. Fama’s tomato arrived at my house. This is a private tomato lovingly grown in one of the extensive suburbs that surround New York. That love shows through. Mr. Fama’s tomato is one of the ugliest I’ve ever seen.

In celebration of its sheer ugliness, I took Mr. Fama’s tomato out for a walk. We had a ball!! We wandered through the park, stopping along the way to meet the locals, to take in the views and to pay tribute to the Columbia University tradition of sunning on the steps between the two massive library buildings that ground the urban campus.

The next time you see an ugly tomato, pick it up, take it for a walk, then enjoy every last bite!