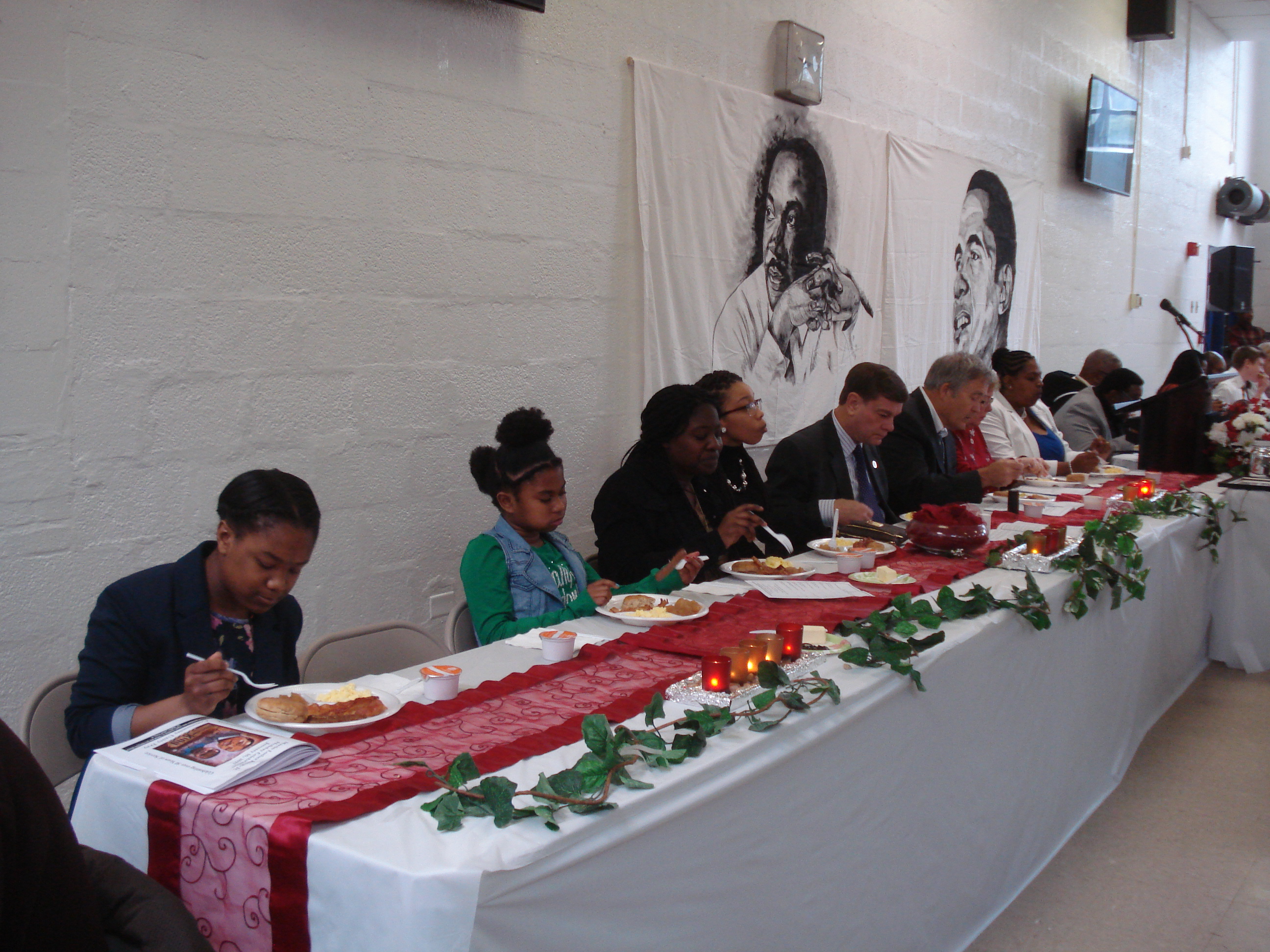 I went to the MLK breakfast with my mother this morning in Eastville, her adopted home. She has lived here for much of her life after leaving Brooklyn almost 30 years ago. This morning’s breakfast was held at the local high school. It was packed. Someone said there were 400 people in attendance—that’s a lot for a town of 175.

What struck me over the course of the morning was how many times the word ‘community’ was used. It was as if by repeating it, a community would arise. On this damp, gray morning in rural America, repetition did create a true community. Every group present within this diverse southern community was given an opportunity to contribute to the day. Each local minister and pastor, the politicians, the sheriff, the educators, the director of Citizens for a Better Eastern Shore—no one was excluded, all were rewarded for their efforts. 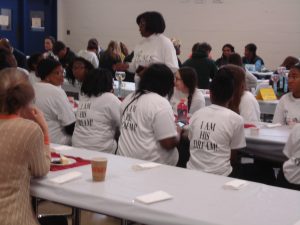 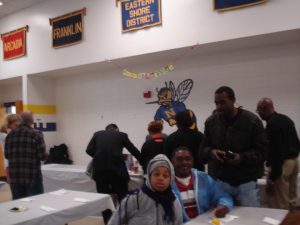 A brief mention of the police violence experienced so harshly by so many throughout the many years of civil rights advancement hushed the crowd. All eyes turned to the sheriff and his deputies—male and female, black and white. Even as we stared, the minister acknowledged that the Shore was fortunate enough not to experience these tensions. They’d all gone to school together, after all, and they knew each other’s mothers. Not so for many in this nation. 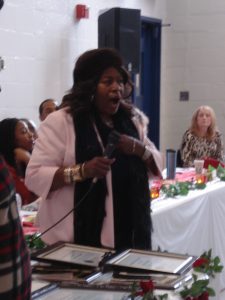 Music was generously mixed in with the many presentations. However, it was the Mount Calvary Male Chorus that consistently stole the show. People clapping, feet tapping, bodies swaying, some were even moved to stand, sing and dance. 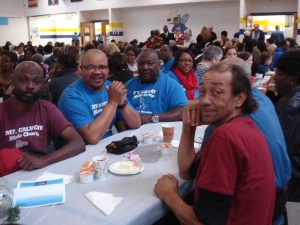 It was a friendly but worried place on this, the last King’s day under the Obama presidency. In fact, the entire event took place under the watchful eyes of both MLK and Obama. The big question of the day and one that brought fear to all: What will happen to the dream now?