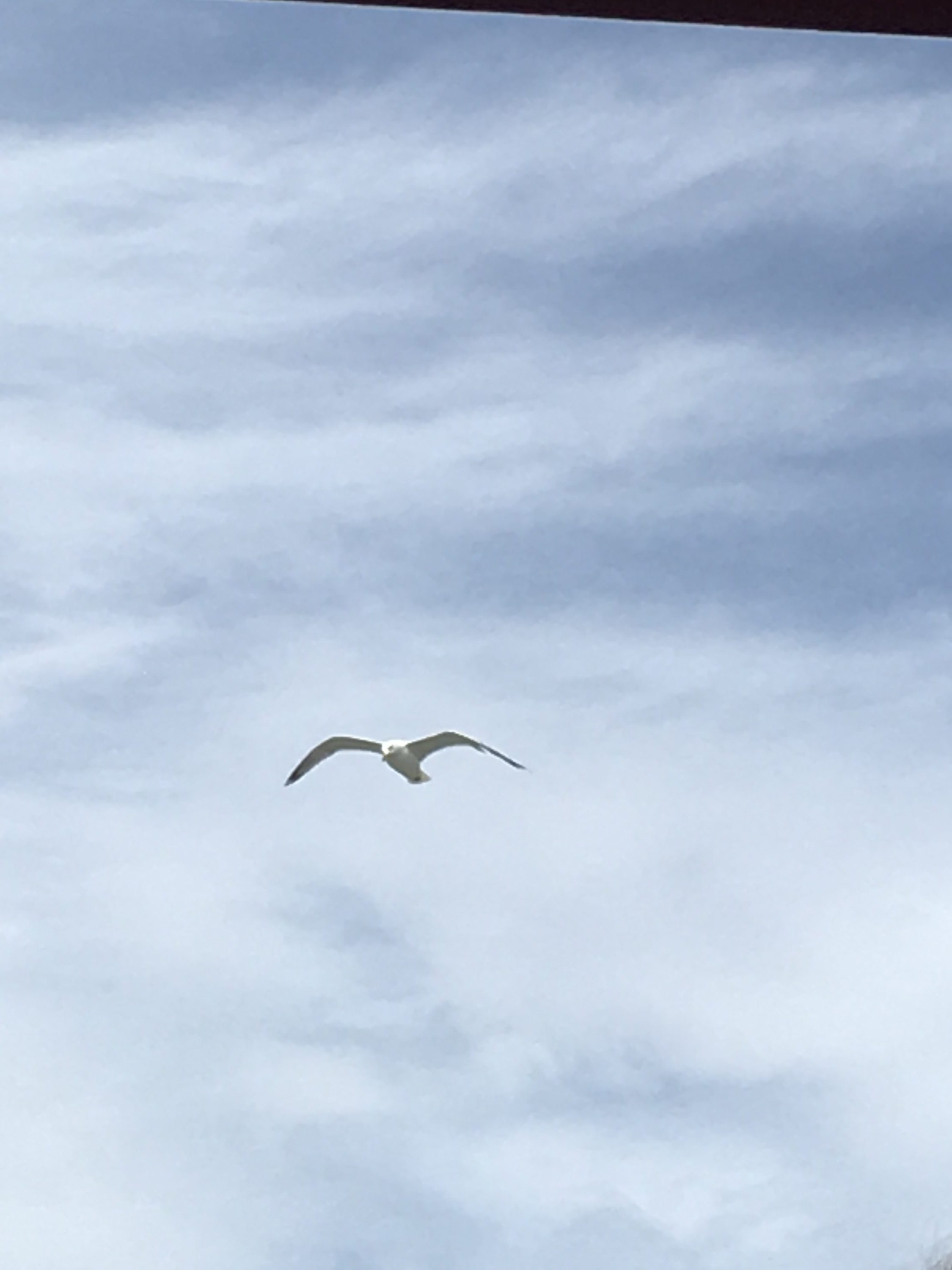 True enough, NYC is not usually considered to be a bird sanctuary. Or even as a place that birds would stop off when they are migrating north or south. If you believe this, think again.

Birds are everywhere in this town! According to the Audubon society, there are 30 types of warblers alone living in Central Park. Along with owls, ducks, swans, hawks, robins, bluejays, you get the drift.

What I didn’t expect to see was a blue heron. (Yes, I did have to look it up—big shaggy blue bird.) At first I thought it was a bush, but I decided to sneak up on the bush anyway. I found this guy! And my feet in the water. As I was standing there, my toes getting muddy, a very loud group of teenagers walked by–completely oblivious to their feathered neighbor. However, they did pick up the pace a bit when they saw the crazy lady in the weeds at the water’s edge silently and energetically waving them to come over.

Meet the albino peacock. This handsome fellow is to be found wandering around 110th street with his brother and sister. They used to be the more colorful version—that famous peacock blue kind. The tail-feathers proved to be too much of a temptation. There is nothing sadder that a peacock in full feather—with no feathers.  White peacock feathers don’t look nearly as cool in a vase.

In my efforts to photograph pigeons, I quickly came to the limits of my skills as a wild life photographer. The next time you see pigeons, know that, in New York City at least, they are outnumbered by their shyer, though more photogenic bird cousins.