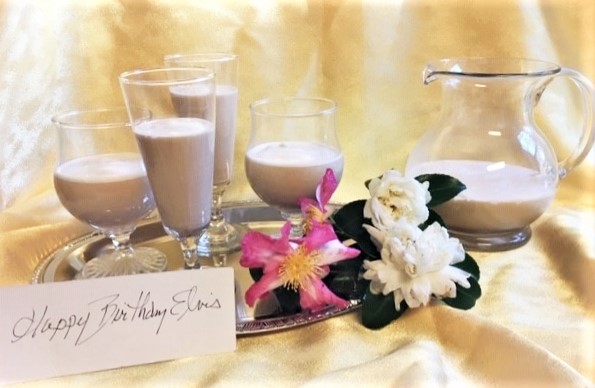 Not quite finished with holiday partying?? How about an Elvis Birthday Party on January 8? Maybe a dessert party—a boozy dessert party? Maybe just the thing to extend the holidays one more week.

And in aid of dispelling the cold, dank nights of January, and to start the party rolling, this down-home version of a big vat full of London Fog might do the trick.

This version comes from a 1950’s party recipe book. Here’s a London Fog that dispenses with uptown Earl Grey Tea, fancy liqueurs, expensive label gin, fussy steamed milk—and just goes right to the heart of the matter! The recipe is a bit sketchy on details. Just use your math skills—you know your crowd!

LONDON FOG FOR A CROWD
Bourbon
Strong black coffee
Vanilla ice cream
In a BIG bowl, mix equal amounts of all ingredients. Beat until well mixed. That’s all she wrote. 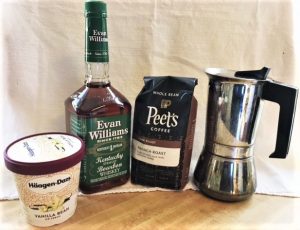 2 thoughts on “London Fog and Elvis”