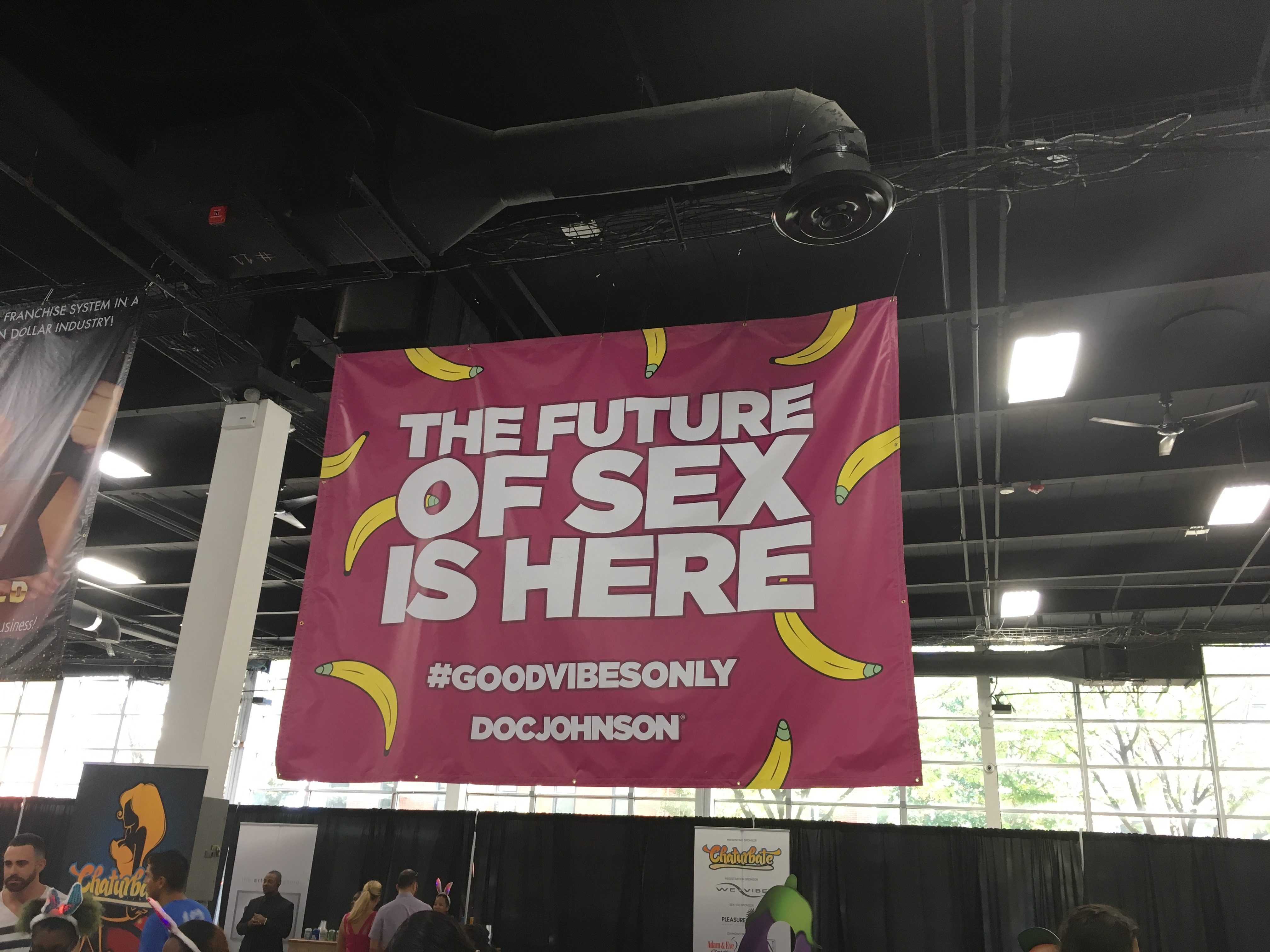 A friend of mine recently forwarded an invitation to the Sex Expo in Brooklyn—and it was free! How could I resist?

It took two subway transfers and a trip on the G train (my first!). That’s how I found myself in the middle of nowhere Brooklyn. But the trip wasn’t over yet. Google maps provided detailed walking instructions—left, right, left—and finally a left turn onto Unnamed Street. That was a new one for me. It was particularly disorienting because the Brooklyn Expo Center is located on the regal sounding Noble Street. Instead I was on Unnamed Street when the instructions ended abruptly.

What’s a gal to do but keep walking? And there it was: Noble Street and what looked like an elementary school. Nope it was the Expo Center. I walked across the chained in parking lot, replete with food truck and a fantastic view of NYC through cranes that were obviously at the beginning phases of making water front high-rise apartment buildings in this uncharted territory.

I was greeted by a large penis with a face cut-out at the top. I couldn’t figure out how to stick my face in the right place AND take a photo of the whole thing, so I just opted for the penis itself. That I recognized. The menagerie of sex toys that I encountered. Wow. We’ve come a long way. There were things I simply couldn’t imagine what they could or would do—and I have a very fertile imagination.

There was nothing else to do but wander the aisles of colorful sex toys in search of free goodies—which were not plentiful, but everyone was very friendly. There were probably 50 exhibitors in the school gym-like space, (though they were serving wine in the back). Only one, count ‘em, one exhibitor was giving away condoms. That was at the lesbian sex toys booth. To be sure they were also giving away lube and dental dams, but no one else was giving away condoms!! 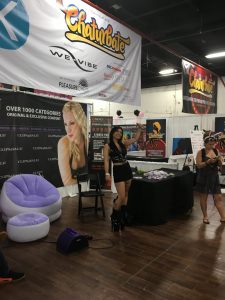 Did you know that in 2015 the US had a record year? We had the largest number of new sexually transmitted infections ever—since they started counting! We’re number 1!! Not to be outdone, I just learned that 2016 shattered that record.

Sex toys can be great. No argument here. But where have all the condoms gone?