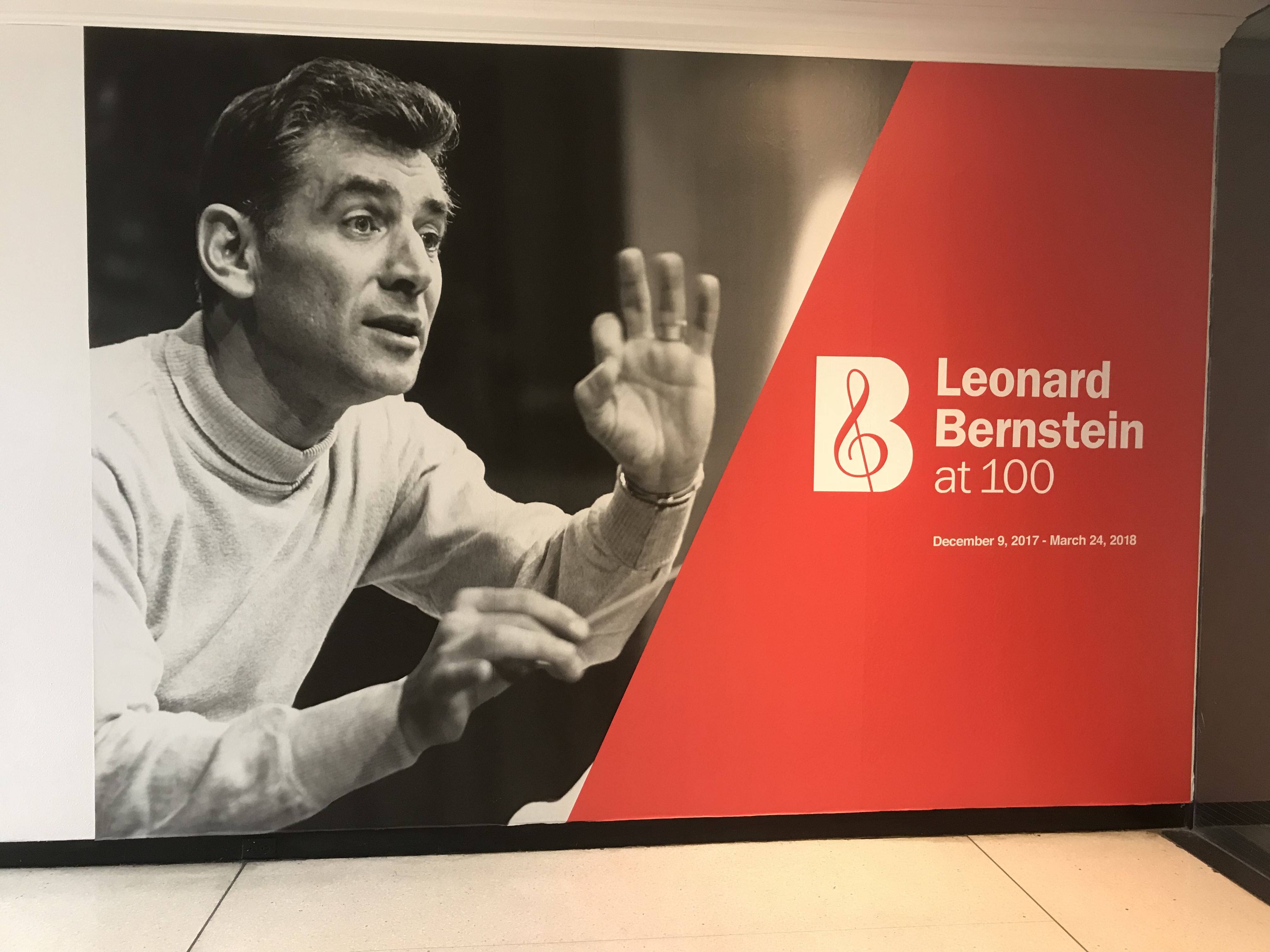 Leonard Bernstein would be 100 years old this year. In New York City, the celebrations have already begun! The New York Public Library for the Performing Arts at Lincoln Center is showcasing the master in a fantastic, tell-all, multimedia exhibit called, fittingly, Leonard Bernstein at 100.

Did you know that Leonard was born Louis? He changed his name legally when he turned 18 years old. Did you further know that he went to Harvard? The exhibit includes his first piano, given to him by an aunt who was apparently downsizing. The rest, as they say is history.

My favorite section of the exhibit is a karaoke sound booth. On the outside, it’s graffitied with Sharks and Jets tags. On the inside you get to stand in front of a bandstand era mic and pick your song. Oh. There’s only one: America. As in Everything Free in America. Ok by me in America. As immortalized by the fabulous Rita Moreno. It’s humbling to sing along with Rita. I’d rather sing along with the lip-syncing Natalie Wood and know that we’re both phonies.

My second favorite thing is his conducting suit. As with Elvis, it turns out that Leonard was a surprisingly smaller figure than he appeared to be. It seems that giants in entertainment don’t need to be tall.

This New York Public Library exhibit goes through March 24, 2018. Catch it while you can!

One thought on “Leonard Bernstein Conducts”