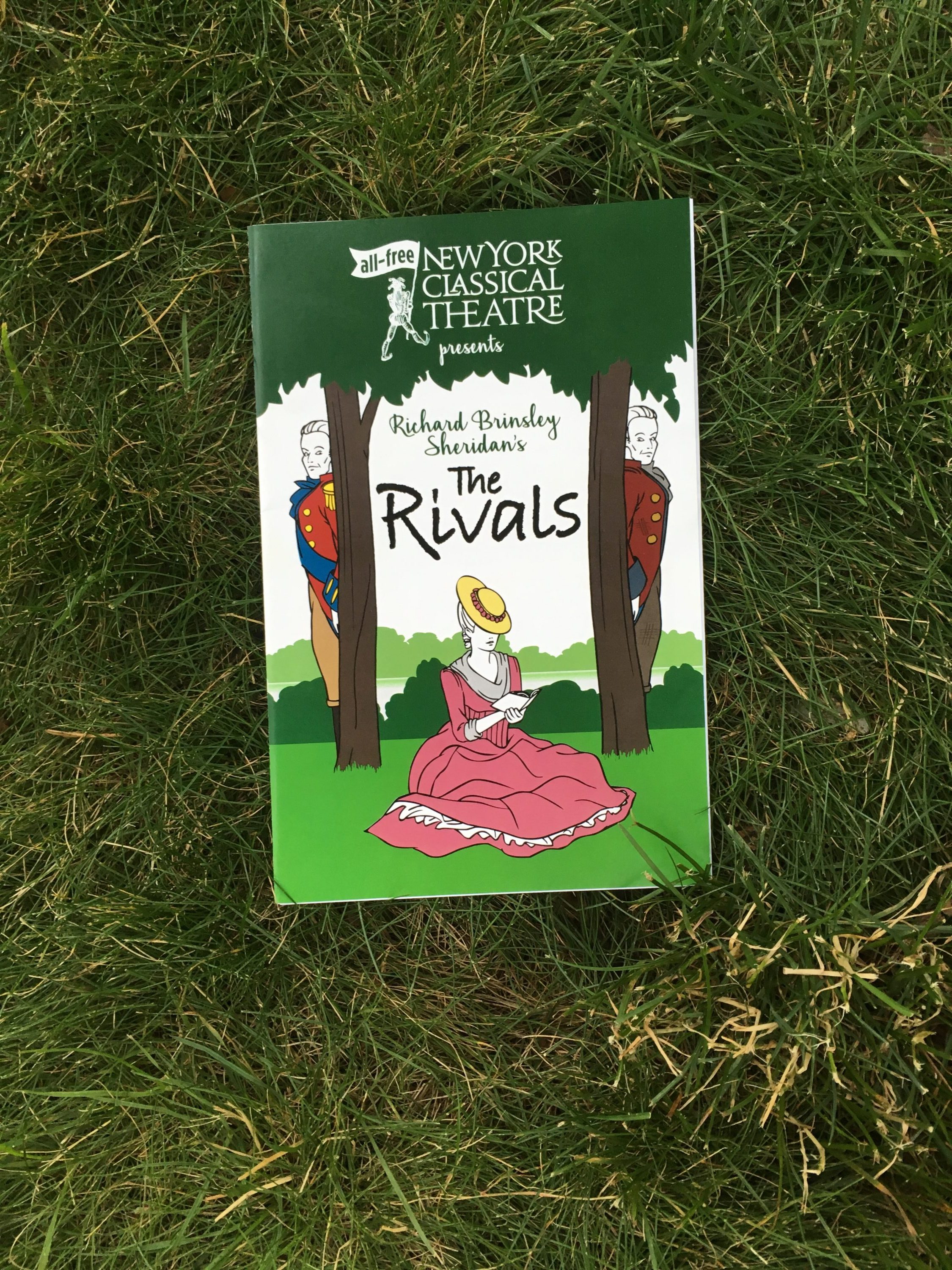 I’m wandering innocently enough through Central Park and what do to my wondering eyes should appear but a woman in a full on peach brocade dress and  wig circa 18th century. I immediately pull out my phone to take a picture of this woman who should be dripping sweat but is not when she hisses at me ‘No pictures!’ 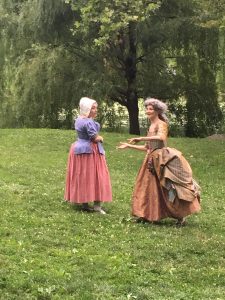 Welcome to free New York City! Sure it’s 90 degrees but there is some crazy fun to bump into out there. As it happens, I’ve bumped into a production of the New York Classical Theatre of The Rivals. This comedy of manners is the first play by Richard Brinsely Sheridan, a contemporary of and probably inspiration for Jane Austen.

Think of it as a Downtown Abbey from the 18th century, with a lot of military guys pretending to be who they’re not and a couple of surprisingly independent women characters. One of the funny parts of the story is that the playwright HAD to write this play. He and his new bride, a successful singer who he forced to quit her career upon marriage, were entertaining far above their means–and they needed money fast. In fact one of the main characters in the play has a fit, because his fiancé has begun a career as a singer while he was away. 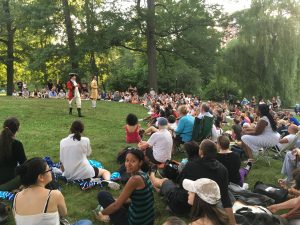 In this production, the audience moves from place to place following the actors. It’s five acts long, so the in between act stretch of the legs is welcome. The Rivals is on in Manhattan at Nelson A. Rockefeller Park and Carl Schultz Park through July 16. For more info click here.  A production of MacBeth begins on July 10 and goes through August 27 at the Battery Downtown and in Brooklyn Bridge Park. Click here for details.

It’s a fun cool evening in a park, but your picnic better be portable! 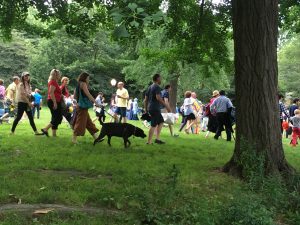