Last summer, even before the presidential election, the group Indivisible was formed. In their own words:

Indivisible is a nonpolitical initiative energizing and informing Americans about the value and potential of government.

What put this group on the map was an online publication released in December: Indivisible: A Practical Guide for Resisting the Trump Agenda.  The guide, created by a group of former congressional staffers, provides specific tactics for fighting against the conservative agenda by taking a page from the tea party’s playbook. So far, more than 6,000 local groups have registered with Indivisible. 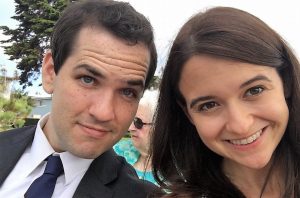 Ezra Levin and Leah Greenberg are two of the most visible founders.

The group also has seven programs explaining and exploring different roles and facets of government. This includes everything from training the next generation of local and national leaders to the role of government in developing our favorite new toys (e.g., GPS and self-driving cars) to making real-life connections with government through creative, engaging local events.

These folks are grassroots in the extreme—but with a focus on creative, effective methods to bring about a culture change in government.

Check them out! Then do something about it!!