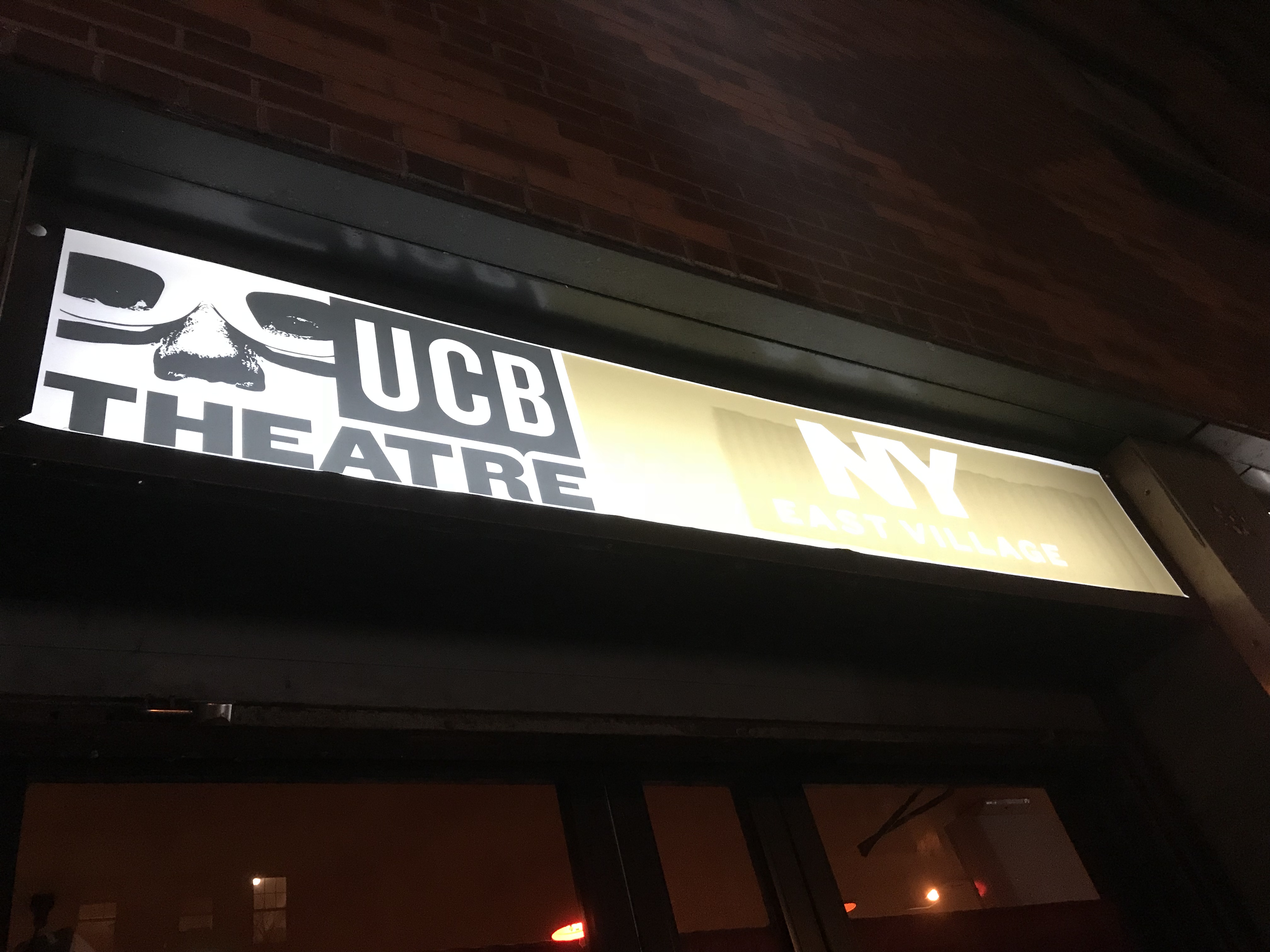 It’s a long walk from the subway. I mean a long, long walk. You’d think 153 East 3rd Street wouldn’t be that far east of Fifth Avenue. Then you remember that Fifth Avenue doesn’t exist in this part of town. Fifth Avenue isn’t even born until almost 8th Street. In fact, 3rd Street disappears entirely from the map and is hidden under a few blocks of Great Jones Street, which, can I tell you, is an absolute construction nightmare these days.

It so happened that during my pilgrimage to the downtown second home of the improv comedy powerhouse—Upright Citizens Brigade—I walked right past its fairly modest exterior.

I was greeted by a young woman in a Hello Kitty sweater, who looked up at my request for directions to the Diversity Improv Jam! and waved her thumb vaguely backwards. Back I went and found myself in a pitch-dark theater—with everyone in the audience dancing. What else could I do but dance.

Suddenly the bucket appeared, people’s names were called and various audience members stormed the stage. ‘Theme park!’ ‘Construction site!’ ‘First date!’ The improv was on. Better than that, it’s the improv of New York: young, vibrant, loud, multiracial, gender fluid, older. What?!? They even have ‘older’ people. It turns out that diversity includes us folks over 40. Will wonders never cease?

For a fun, quirky, sometimes free, always inexpensive time, check out Upright Citizens Brigade Theater East Village.  Who knows, if you put your name in the bucket—and anyone can—you may find yourself on stage improv-ing away. Go for it!