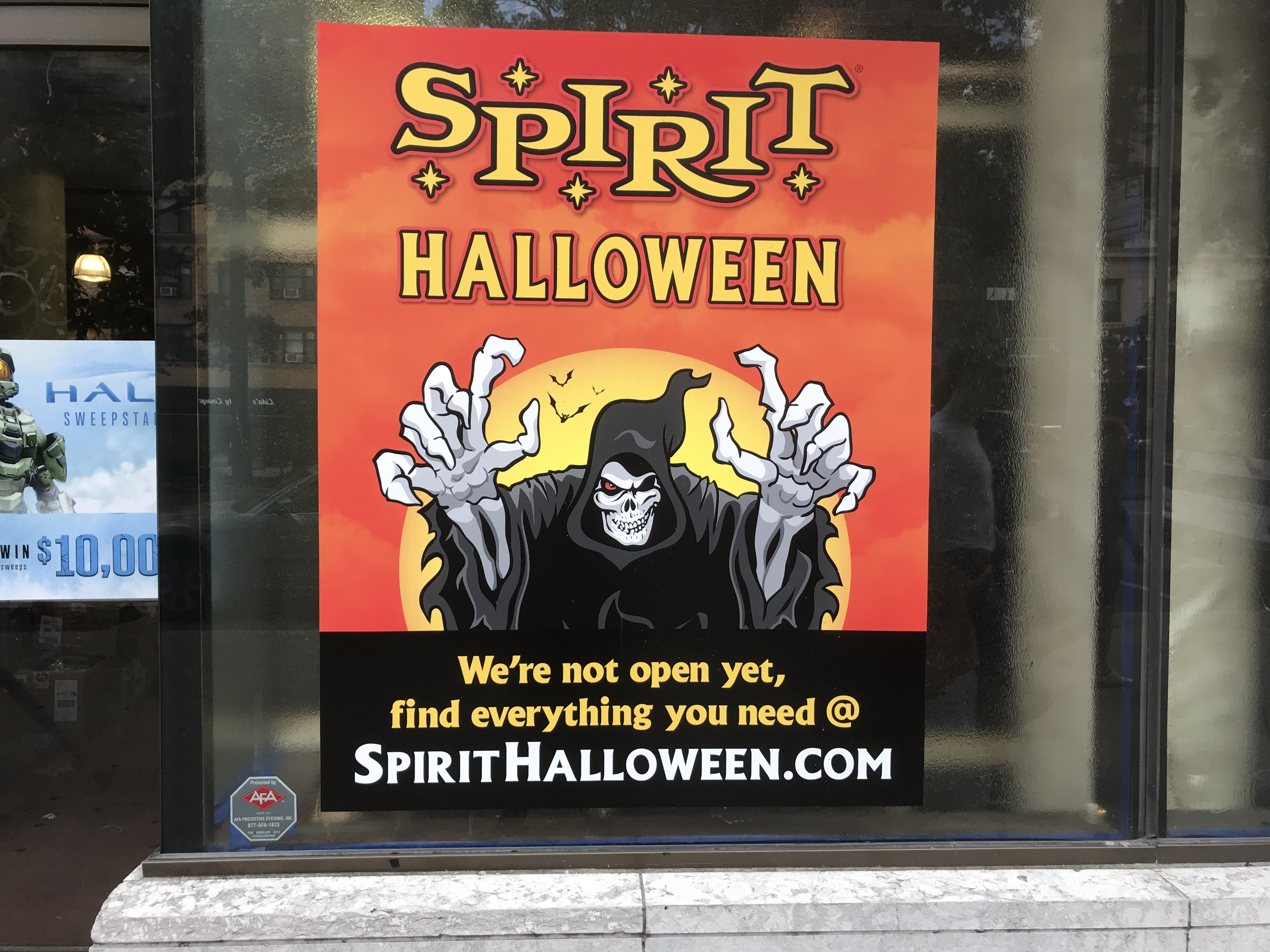 I was walking down the street when what to my wondering eyes did appear but a harbinger of fall: a Halloween sign. It is 95 degrees outside with 95% humidity—a level of water vapor in the air that has remained unchanged despite the downpours of earlier. I can’t imagine slipping a Chewbacca mask over my head right now, no matter how much you pay me.

These are officially the dog days of August. Instead of thinking of Halloween costumes, we should be slogging along in lethargy and sweat, contemplating the origin of dog days, since pretty much no dog I know actually likes this weather. It turns out that there are both Latin and Greek connections to the dog day phenomenon. The first appearance of dog days is in 1530 when they were referred to as dies caniculars. You got it, that’s Latin for dog days. But why dog days? Here we turn to the Greeks who have a stranglehold on the heavens. Of course! It’s because it’s the time of year for Sirius—the Dog Star.

I keep trying to fight the dog days. I have things to do! People to meet! I don’t have time for lethargy, though I seem to have accommodated to sweat. I don’t like it, but I’m not allowed to complain about it. That’s part of my deal with the universe. I can gripe and moan and call out the heavens all winter long. No one can stop me. In return, I tend to be a one season negativity kind of person. Honestly, I think it’s a good choice for me. I tend to go into hibernation in winter, like any reasonable mammal. The damage from the occasional unconstrained outburst tends to be minimal, since there are not many witnesses to hold me to account.

As an empathetic person, I appreciate that there are those of you who relish wearing too many clothes and slogging through frozen snowscapes. I know you are carrying similar outbursts inside you. All I can recommend is that you don’t do what this man did. If you don’t recognize it, all I can say is that you should pump up the AC and stream Dog Day Afternoon.