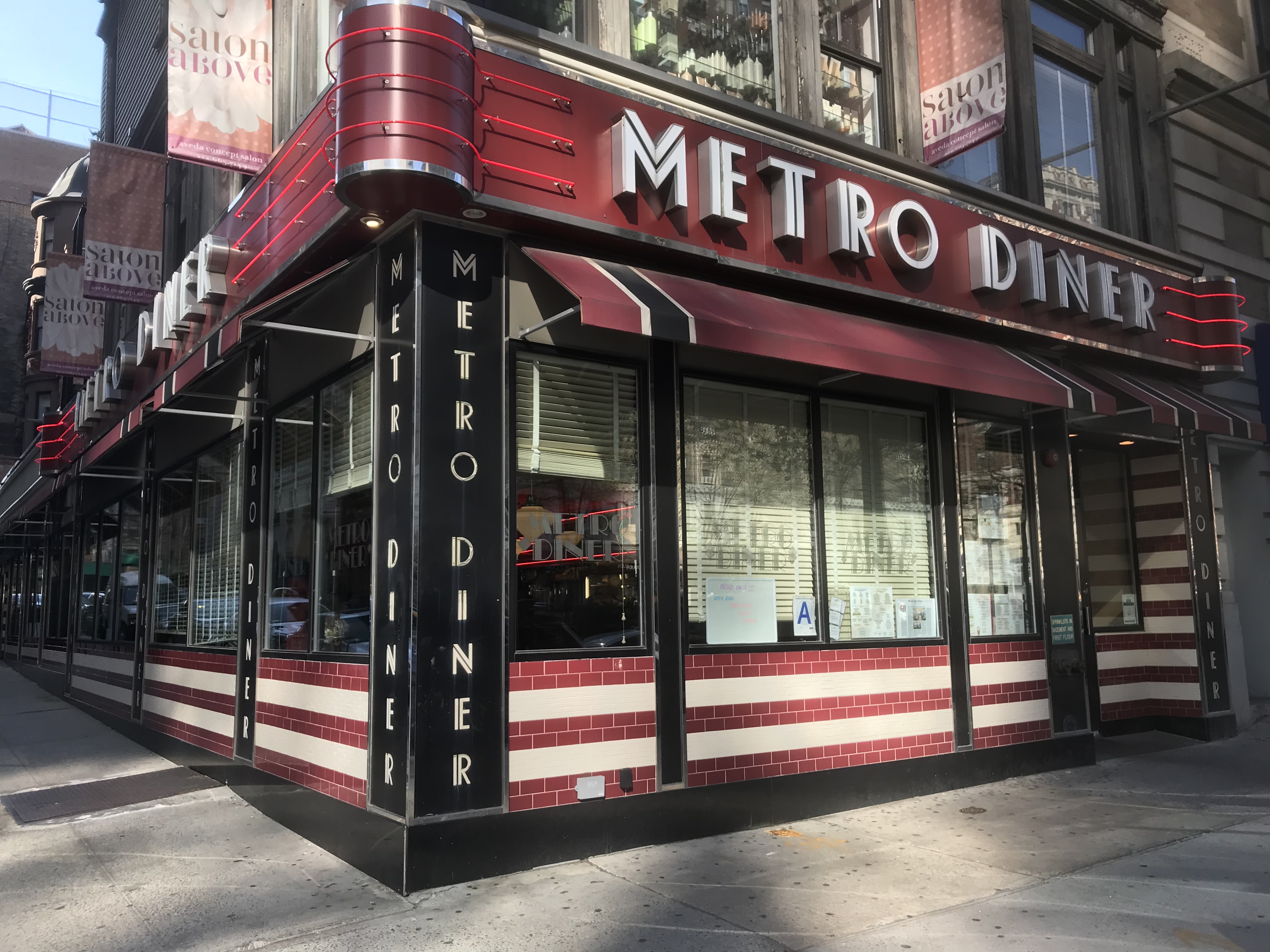 For me, the iconic diner is not located in an old airstream travel trailer at the side of the road or in a hall of mirrors that echoes the revolving tower of desserts into infinity. No, my iconic diner is to be found in New York City. My diner still thinks formica and chrome is the height of sophistication. Forget what the rest of the place looks like. As long as the tables are etched in chrome, the menu is at least 14 pages long and there is a slightly bedraggled looking counter with padded swivel stools rooted to the ground in such a way that there is arm space and package space for each inhabitant: a counter space to call one’s own. That’s my idea of a diner.

One of the things I love about a New York City diner is the effort to out-America America. Most diners in New York City were born and raised by immigrants, immigrants who were aching to be assimilated Americans. From the names of the places—Jack’s, the American, Four Stars—to the menus that include pages and pages of such famous American specialties as cheeseburgers, strong but surprisingly watery coffee, and a full turkey dinner with stuffing and cranberries on Thanksgiving.  Snuck in among the many pages of a typical diner menu-book can also be found such delicacies as gyros, hummus (before anyone knew what it was), knishes and fried platanos.

As with most hidden gems in New York, the best diners were often discovered by taxi drivers. Eventually people started to catch on. Where you see a ton of taxis parked or even double parked, you KNOW that’s a place that serves good cheap food in a rough but friendly environment or conveniently to go. Heck, these guys were among the first to deliver!

My diner is dying. Where there used to be a Mike’s Diner is a bank. Where there was once Three Brothers there is now a chain drug store. Hold on a minute! The other day I was wandering the streets of New York and bumped into something that just might be the next generation diner. Sure, you can find pizza on pretty much every corner (another hallmark of NYC) but can you find pizza and Persian food under the same roof in any place else but New York? The times they are a changing, but that’s part of the fun of this amazing city.