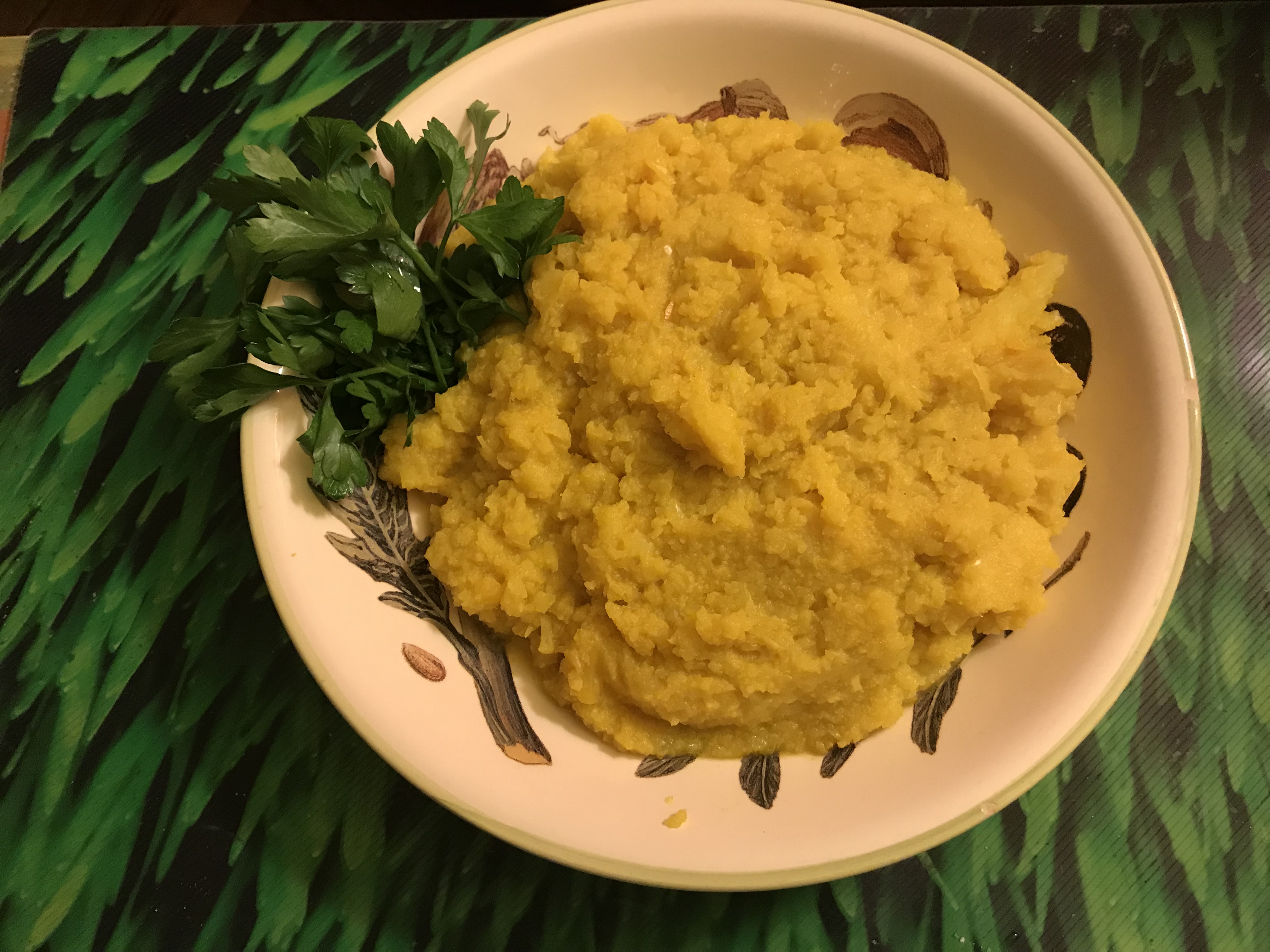 As I’ve said before, I like cauliflower as much as the next guy. I don’t wander down supermarket aisles and exclaim ‘Yes!! Cauliflower, tonight! An inspired choice.’ Let’s face it, cauliflower can be a pretty bland vegetable.

In the 1st century AD, Pliny makes the first reference to cauliflower, dubbing it the most pleasant tasting of the cabbage family. Hardly a compliment. Cauliflower wasn’t introduced to France until well into the 16th century, where you think they could have done amazing things to make it taste better. But they didn’t.

The British introduced cauliflower to India in 1822. May I say that the rest is history. India is the largest producer of cauliflower second only to China. However, Indian cuisine has created some incredibly memorable dishes with this normally insipid vegetable. I now present a truly simple, yet delicious Indian influenced recipe.

So easy. You can season with salt and pepper to taste, top with parsley, chives, butter if you want. Me? I just eat it plain.

2 thoughts on “Cauliflower is climbing the charts!”