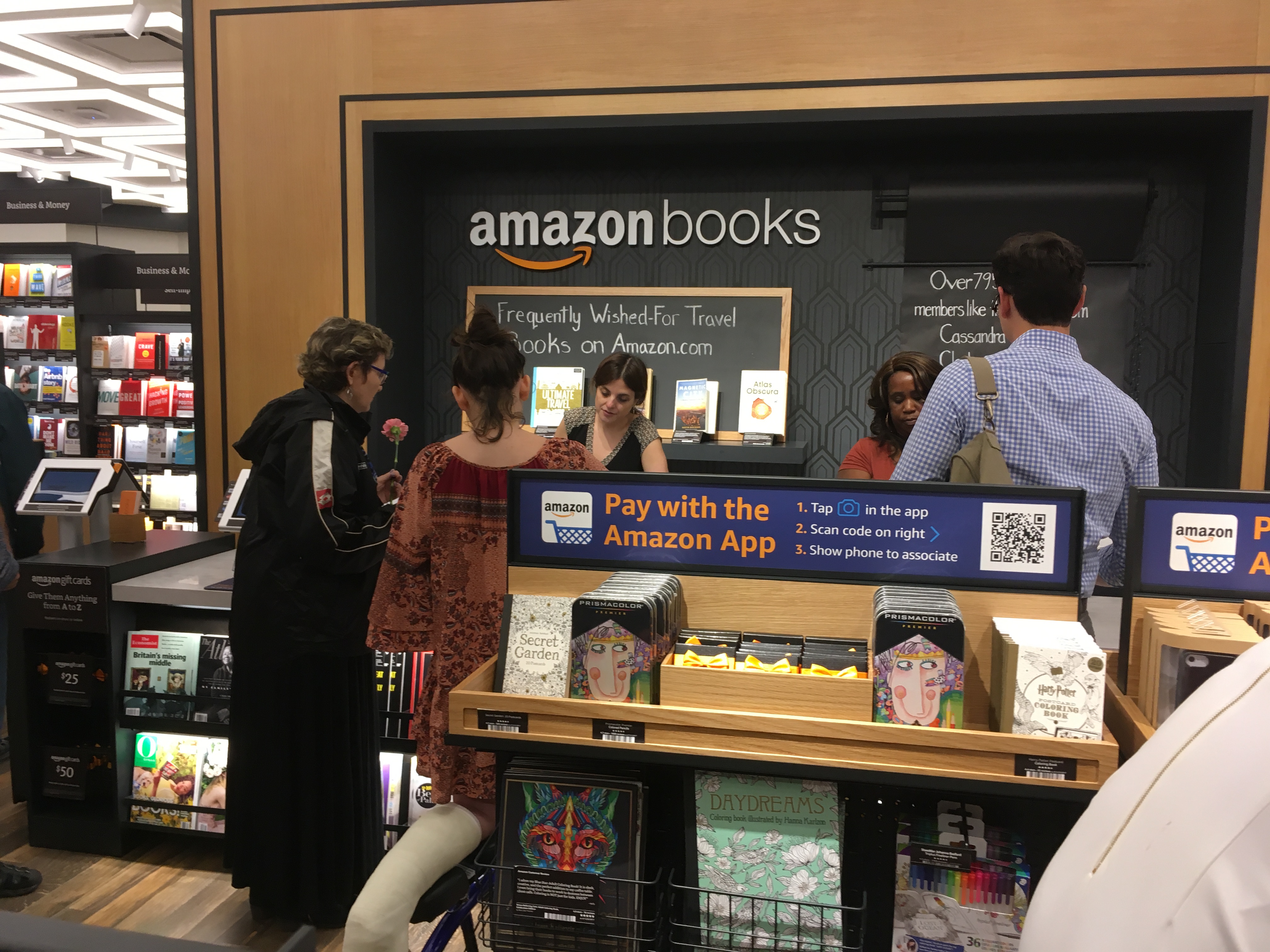 It seems that you just can’t keep a tech bazillionaire down. I thought it was a joke when someone told me that an Amazon store was opening in NYC. Stores are closing—not opening.

Despite the existence of Silicon Alley (NYCs answer to Silicon Valley), New York City tends to get the latest tech innovations dead last. We were the last city in the US to get scanners in the supermarket, to have self-serve package shipping at the Post Office, to have people figures on our stop lights indicating whether we could walk or should stand stock-still until told otherwise. Imagine the chaos that would erupt if the system crashed with a long line of impatient New Yorkers waiting. Not pretty.

Leave it to Jeff Bezos to blow that thinking clear out of the water, too. Not only is there a physical bookstore, but it is in the fanciest (and best air conditioned) mall in the city. You know, the one with the naked fat people statues. While we were number 7 (six stores opened before the New York flagship), we weren’t number 207—and another midtown location is in the works. At least they didn’t have the audacity to open the store in the same space previously occupied by a large chain bookstore (which shall remain nameless) that was put out of business by Amazon. 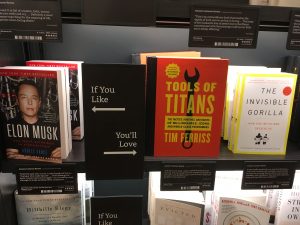 The store itself is a slick operation in dark paneled wood. I had almost forgotten what a bookstore looks like! Most of the big box chains here dedicate their prime retail space to electronics, sale items and reader accessories. Not the Amazon bookstore. It is chock-a-block with books. Not only that, it has recommendations—just like online. If you like the book about this tech titan, you might be interested in reading about these other titans. It’s almost like walking down memory lane, only with an Amazon Prime discount—if you’re a member. Membership is easily arranged.

About that Whole Foods purchase…