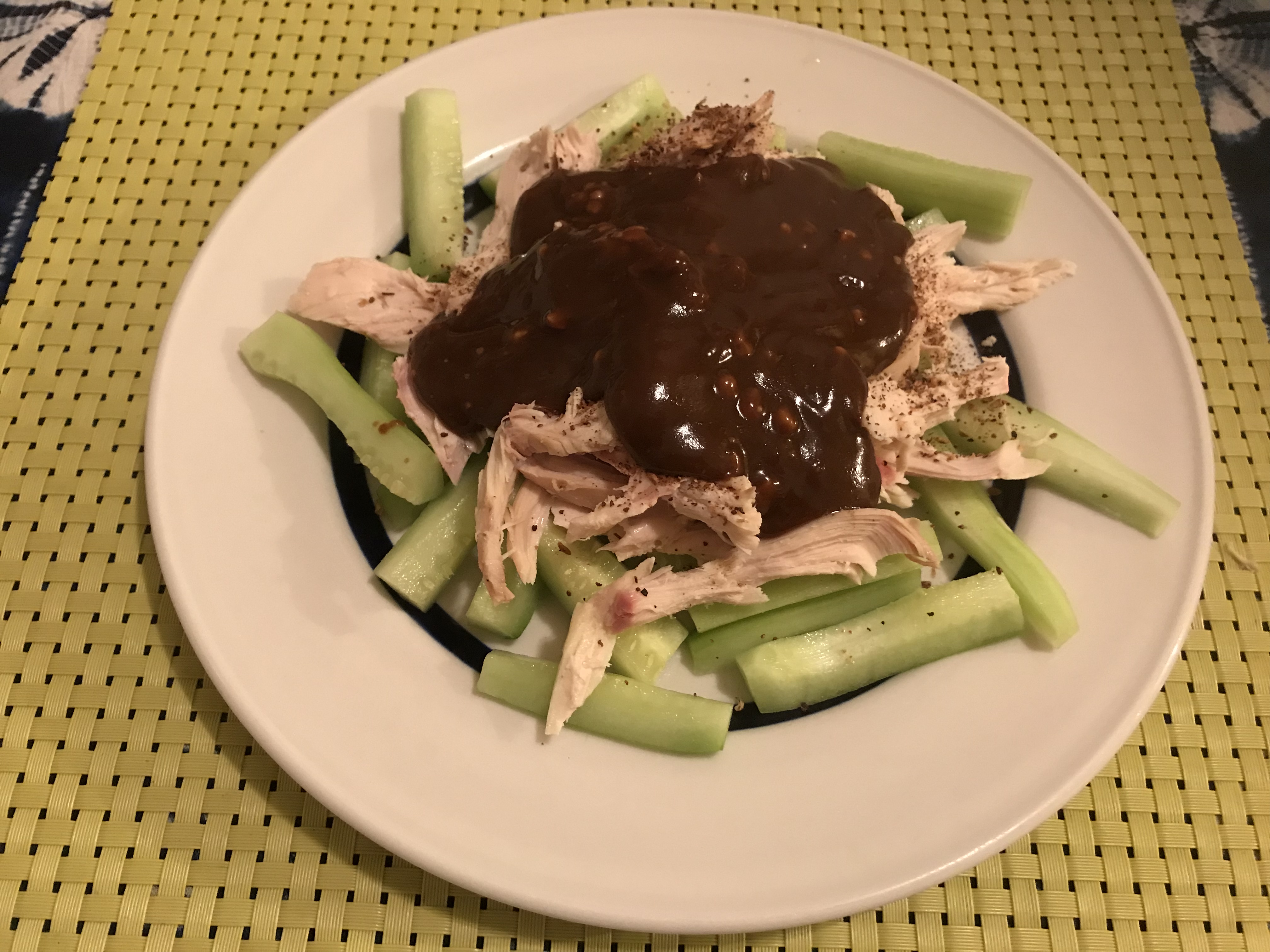 I love chicken as much as the next person. I do. Really, I do. Sometimes, though, I get so darn bored with chicken and the five or six things that I do to it, that I feel the need to shake it up. That’s where a trip to China comes in.

On one such bored-chicken night, long ago, my fiend Tom—an amazing cook and world traveler—provided me with a life-changing palate extravaganza. He called it Bang Bang chicken, because the four flavors explode in your mouth when you eat it. This was just what I had been looking for.

Over the years, I realized that I don’t have to slavishly cook Bang Bang in the traditional Chinese way, which involves boiling a whole chicken—bones and all—hacked up for 20 minutes. Rather, I could just make the Bang Bang sauce and put it on any chicken I desired. I tend to make the sauce when I have leftover roasted chicken (or turkey) and I can’t stand the thought of one more chicken sandwich. That said, the traditional dish is a great exotic addition for cocktail parties or as a potluck dish. Beware, it goes fast.

To be used with:

I had already eaten a hearty portion by the time I realized that I forgot this step! That’s why the photograph looks naked. Don’t forget this step it looks better and tastes great. This dish tastes great at any temperature—hot, cold or room. For a fun multicultural dish, you could also make Bang Bang burritos. Makes great leftovers, but I wouldn’t count on any.