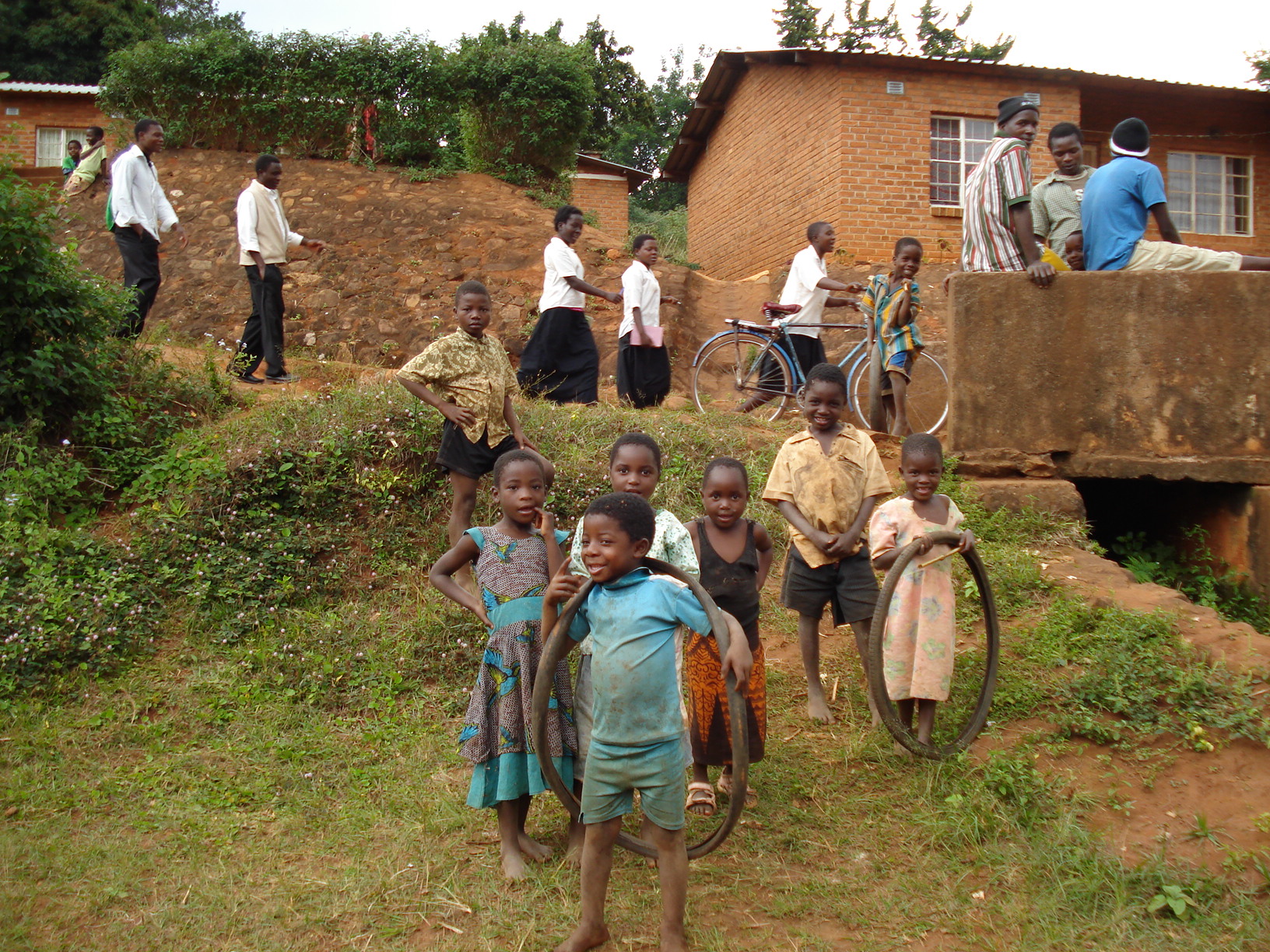 A typical work day. Today I got up around 6am, no need to use my alarm clock (that tells the temperature, too, I love it!) because I tend to go to bed pretty early—last night I lasted all the way to 10:30. Anyway, the sun rises around 6 and the cacophony of birds and dogs and people begins. I have some tea and usually a bowl full of tomatoes and off to work, usually by 7:30. Today I frantically uploaded weekly surveillance databases—measles never stop here in Malawi! I send these databases to a HUGE group of very important people who likely hit the delete button when they see the data arrive. In NYC it would take about half a minute to upload the data, write a brief explanatory note and hit send. Here it takes about half an hour and three to four emails to get this info on its merry way—on a good day! I also had some correspondence and information to share with local district health officers, all the while hoping that the electricity would stay on. It did! After my internet frenzy, I spoke briefly with Laura the Medical Focal Point (you’ve got to love people’s titles) trying to set up future research projects for English Emma, the epidemiologist associated with the long term HIV project. I’m here with an emergency team for the measles epidemic. Epidemiology is new to MSF and they don’t really know about the tools of our trade, so I spent time lobbying for the computer programs required to do our work. I’m hoping that the analogy of sending doctors to places without drugs is an effective one to describe our plight. Software=drugs, so far they’re not buying it. Maybe all of the epidemiologists will have to join forces and create Epidemiologists without Borders! Yeah, I like it!
My hectic morning completed, I’m off to Mulanje: the land that internet forgot. Mulanje is situated high on a plateau beneath an imposing mountain that shoots straight up out of the ground. It is the highest in Mulanje and the local people advise us not to climb it because people leave to climb it and are never heard from again. The mountain itself is lush and green until about halfway up, after that it’s covered with tea plantations, but also with bananas, palms and eucalyptus trees, then it is sheer gray cliff to the top, streaked by the occasional waterfall. It’s about an hour drive away from Thyolo and it is down hills and up even steeper hills until we hit the plateau. We get to the unlikely turn off and climb the road that looks like a recently dry waterfall, all red mud and rocks, past the prison where they play lots of soccer and finally to the MSF Mulanje house overlooking the tea plantation. I’m read a technical report to learn everything you never really wanted to know about measles and then I’m off with Heike, the German doctor from Sweden, who takes me on case management rounds to the ‘beautiful’(!?!) parts of Mulanje. Case management consists of visiting all of the local health facilities, donating drugs to support the treatment of measles and collecting the line lists of all of the patients who visited the health facility the week before. We speak with the doctors to discuss the upcoming national vaccination campaign, any interesting cases and anything else that crosses anyone’s mind. They are very social here in Malawi and it often takes several minutes for everyone to say the standardized and comprehensive hello. (Hello, how are you today? I’m fine, and you? Oh, I’m fine too, thank you very much for asking. No, thank you for asking…)

Of course, I did have some work to do and I could have worked on my computer for the rest of the afternoon. I could have, but Heike just whisked me away in the toughest four wheel drive vehicle on the compound, a pick up truck to hold the drugs we bring to the health facilities. We were smushed the three of us in the front seat: me, Heike and the driver and we make a left turn at the pineapple stand, (the one with the best pineapples) and from then on it is all uphill on rough, red, rugged roads (making the home road look paved in comparison). There are tons of pineapple groves, but the season has ended. This is the only place in the country that still has the last of the season and these are only the ‘suckers’ little pineapples that pop up where the big one has already been harvested. They are still quite sweet, so I have absolutely no complaints and plan to buy some to bring up to the north when I move back up there. 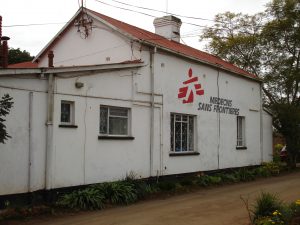 It’s overcast today, so the gray sky and mountain make everything look greener. We pass a ton of school children in uniform and really piss them off because they want to climb in the back of the pick up truck instead of making the steep climb up hill to their homes. We’re strictly forbidden to give people lifts in company cars, so these adolescents trying to be cool, but they couldn’t help themselves as they waved and waved and shouted out hello. After we leave the school children behind on our way to the first of the three health centers we are to visit, we start hearing cries of Ázungu! Azungu!’ (White people! White people!), a refrain we hear for the next two hours. People are so excited to see us and everyone waves, even the adults, even the old people. Looking at the condition of the road and the fact that we didn’t pass a single car our entire way up one side of the mountain and down the other, I’d guess that pretty much anyone who passes is a source of major amusement. At the first health center there are tons of children—that I jokingly said were waiting to get vaccinated. At the second were three beautiful women at the pump in the distance, the color of their plastic water containers matching the color of their sulas (cloth wrap skirts), framed by the mountains behind. Our last stop is at a tea estate health center. I think the health center is entirely private, but I couldn’t really tell. We pass through the toughest barrier control yet (there are many on the roads control entry and access to the towns along the way). At this one, however, the driver has to sign in before we could pass. It’s pretty much run like an independent country. There exists workers housing, a private club for the staff, there are road markers at each crossroads (unlike any place else in Malawi!), plus of course the quite nice health facility.

When we get back, I do a little bit of analysis while sitting on the veranda with a magnificent view of the valley and mountains beyond (the best office I’ve ever had!), prepare a presentation of the measles epidemic in Mulanje to be given at the district hospital medical morning rounds tomorrow at 7:30am and call it day!

2 thoughts on “A typical work day”