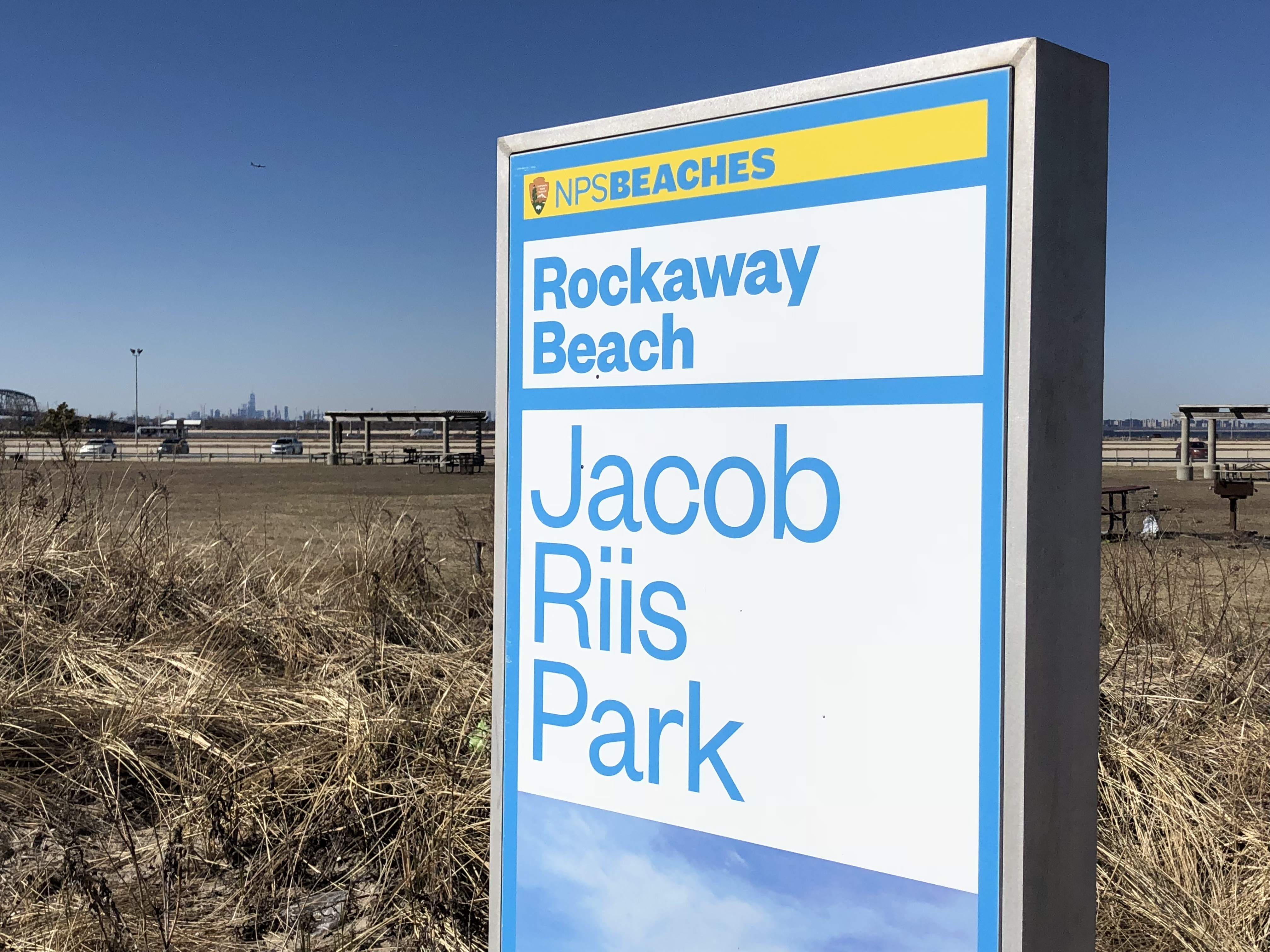 The beach during the off season is highly underrated. Sure, it’s cold and the bathrooms are closed. What it lacks in convenience, the winter (and so-called spring) beach makes up for this with private beauty and occasionally off-beat charm.

Jacob Riis Park can be found towards the western end of Far Rockaway. And Far Rockaway is just what it sounds like: far from the maddening crowd and certainly from Manhattan. It is not an easy excursion to get here on public transportation. There are options, however, and all of them include a few miles of walking—or cycling once you get there. Be sure to bring your own bike or Citibike. There are no Citibike stands there. Yet.

And so it was that I was feeling extreme cabin fever as I waited (and waited and waited) for spring to arrive, when my friend texted me, suggesting a beach outing. I thought I was alone in my love of the off-season beach. I had barely finished reading before I texted back: yes. Moments later, she was outside my apartment in her car (another yes!!).

We arrived to find the parking lot empty—and free! Our first stop was the Beach House to use the facilities. (No matter how you get there it takes time and often involves a large cup of coffee.) First inconvenience: the place was sealed tighter than a drum and had a vaguely abandoned psychiatric institute feeling. It sits right next to the abandoned children’s hospital, which looks even scarier. There also continues to be evidence of superstorm Sandy.

After miles and miles of walking along the beach, the sound of the waves and the wind the only company, we stumble on the boardwalk—and all of the closed lifeguard stations. Thank heavens for CVS. Although it was quite a rigmarole to acquire the bathroom key, we remained undaunted.

Our return beach journey was delicious. Quite literally! My friend, the amazing cook, had brought a picnic for us, which we ate with relish. And we celebrated the man for whom the park is named: Jacob Riis, a Danish-American ‘muckracker’ and social reformer/photojournalist who documented the squalid living conditions in New York City slums in the 1880s in How the Other Half Lives: Studies among the Tenements of New York. I think he would have liked this place.

2 thoughts on “A day at the beach”