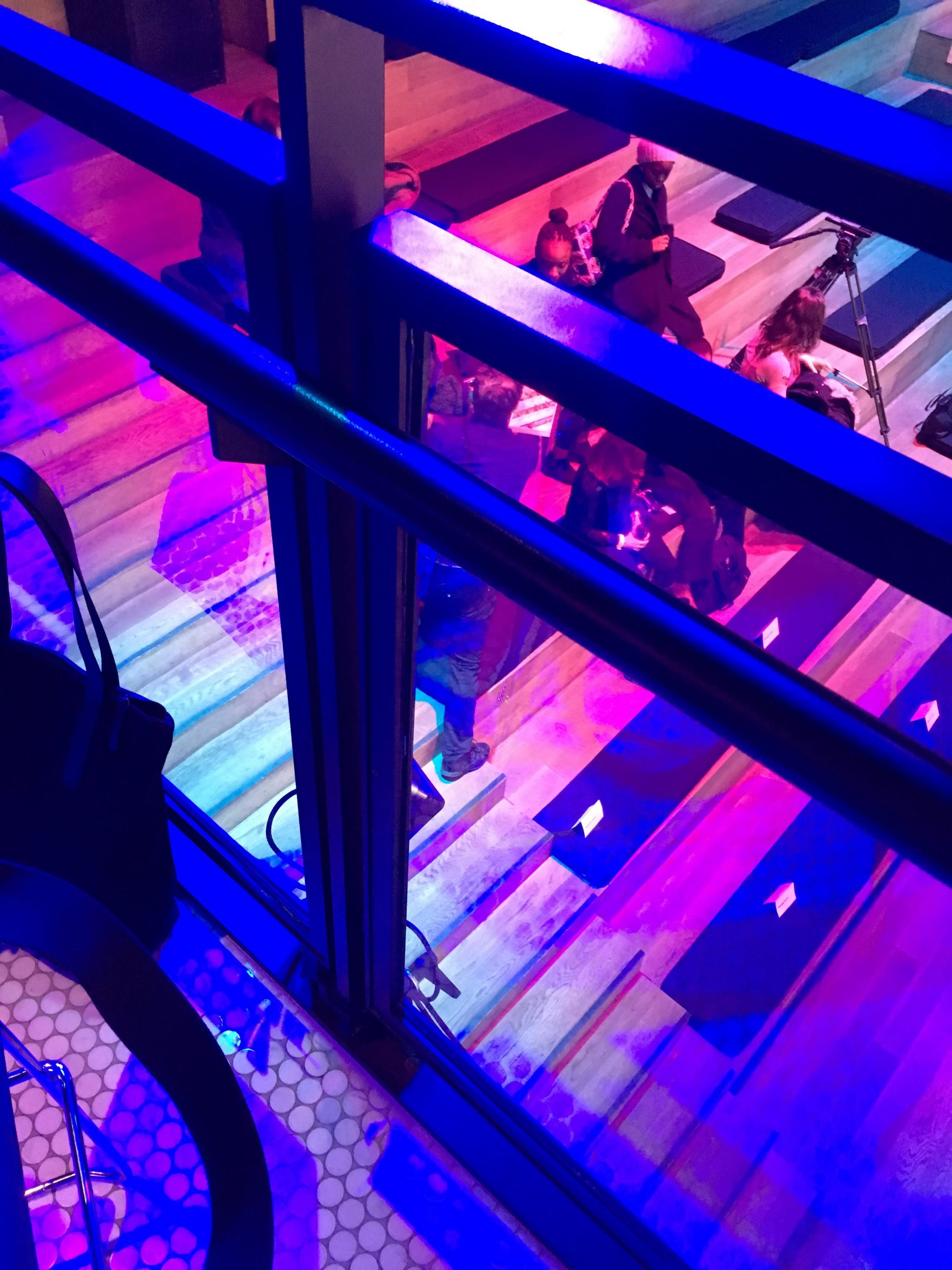 I recognize that this is so last year and Shonda Rhimes, but I have started saying yes to absolutely everything that comes my way. Besides who could resist something in their inbox that says

I RSVP’d and then headed down to the uber cool and trendy Meatpacking district on a frigid Friday night. Where I found myself in an alternate reality commercial. For Samsung. It was not a commercial where I will suddenly see myself on TV. Rather it was a two hour, virtual reality, 360 degree camera experience exploring the beauty, versatility and tech-responsive future that only Samsung can provide. It didn’t hurt that they handed out three (3!) free drink tickets to everyone as they walked in the door to help solidify this promise. Or that it was very, very dark. Everyone was beautiful. 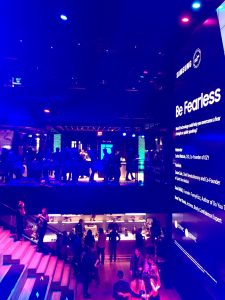 After experimenting with the toys at many play stations, the crowd grew restless. Once the scramble to find seats in a set worthy of Hunger Games style interviews was accomplished, I learned that #BeFearless at #837NYC (aka #Samsung flagship store) was a contest. The winners, from around the globe, were trotted out via a video highlighting the fearlessness they had acquired. 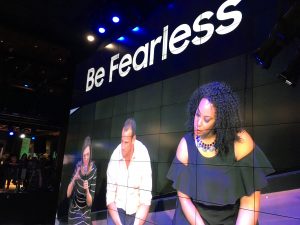 The evening was capped by an eclectic though charming group of people who had all been extremely successful in traditional, high-powered careers (law, finance and the music industry). They each explained why they had chucked it all and were now following their dreams.

Oh, in case you didn’t know, Samsung Galaxy S8 will be launched on March 29.