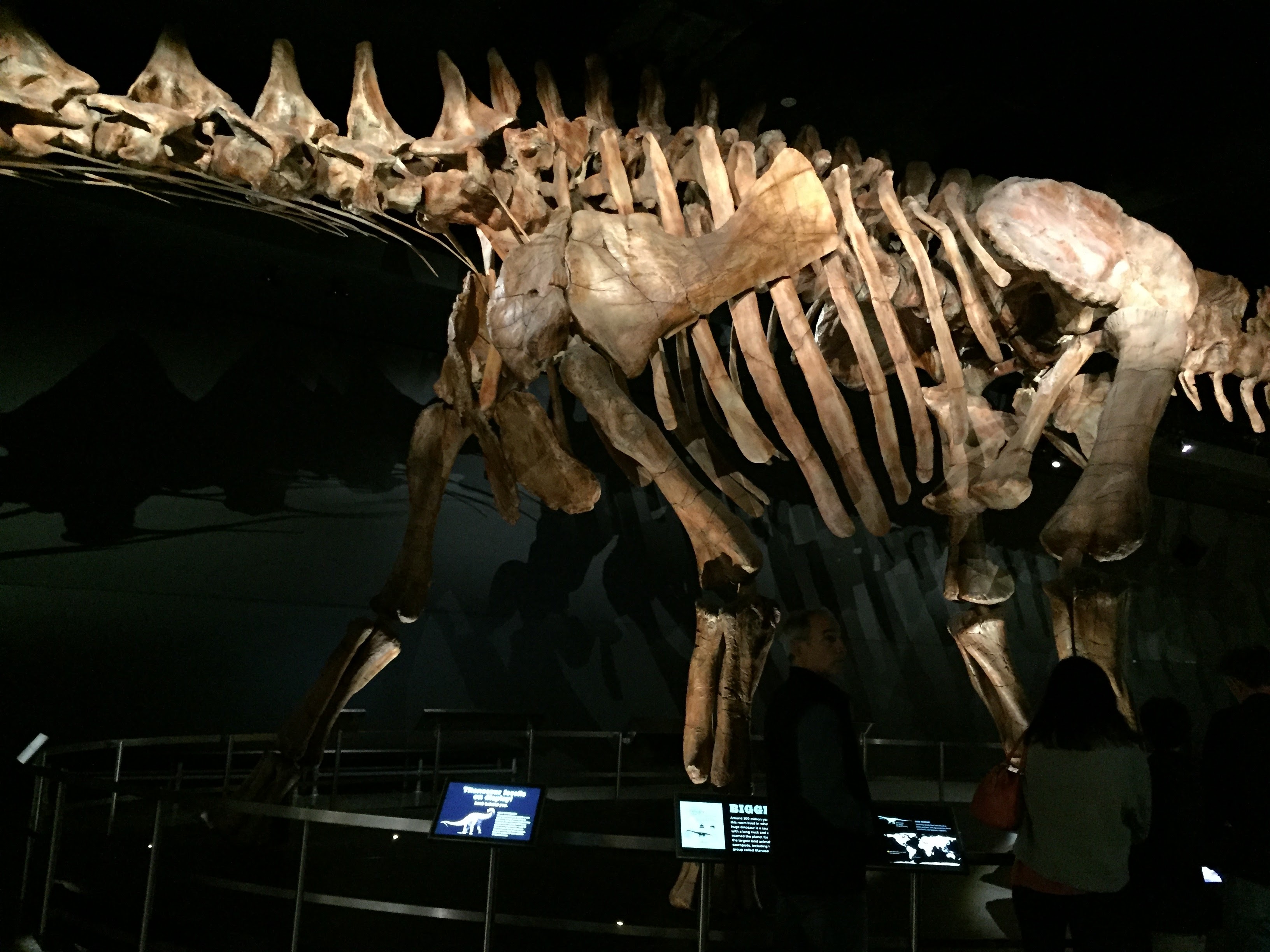 I laughed at my friend when he told me that he went to the American Museum of Natural History—and he couldn’t find the Titanosaur. You know, the largest dinosaur—ever!

I decided to try my luck. I figured the crowds would have died down, since every kid in New York would have seen it within the first three weeks. You know, kids = dinosaurs.

I began my journey with a swing by the great blue whale hanging in the basement. I can’t get enough of that plastic whale, hanging free with 360° viewing potential.

Not this whale! An underwater version, 20,000 leagues under the sea where my camera doesn’t work.

My blue whale cravings satisfied, I found the stairs and headed up. I was surprised that the Titanosaur was no longer a featured exhibit. Poor guy had been all the rage and now his picture was nowhere to be found. Breathing heavily from the climb, I entered the kingdom of the dinosaurs. And walked and walked and walked. Then hit a hallway! Still no big T.

Just as I began to give up hope, I ducked into a dark room. And there he was. Isn’t that always the way? The Titanosaur was as advertised—last year. Sorry, Frank. I saw him first. 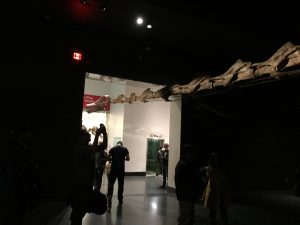