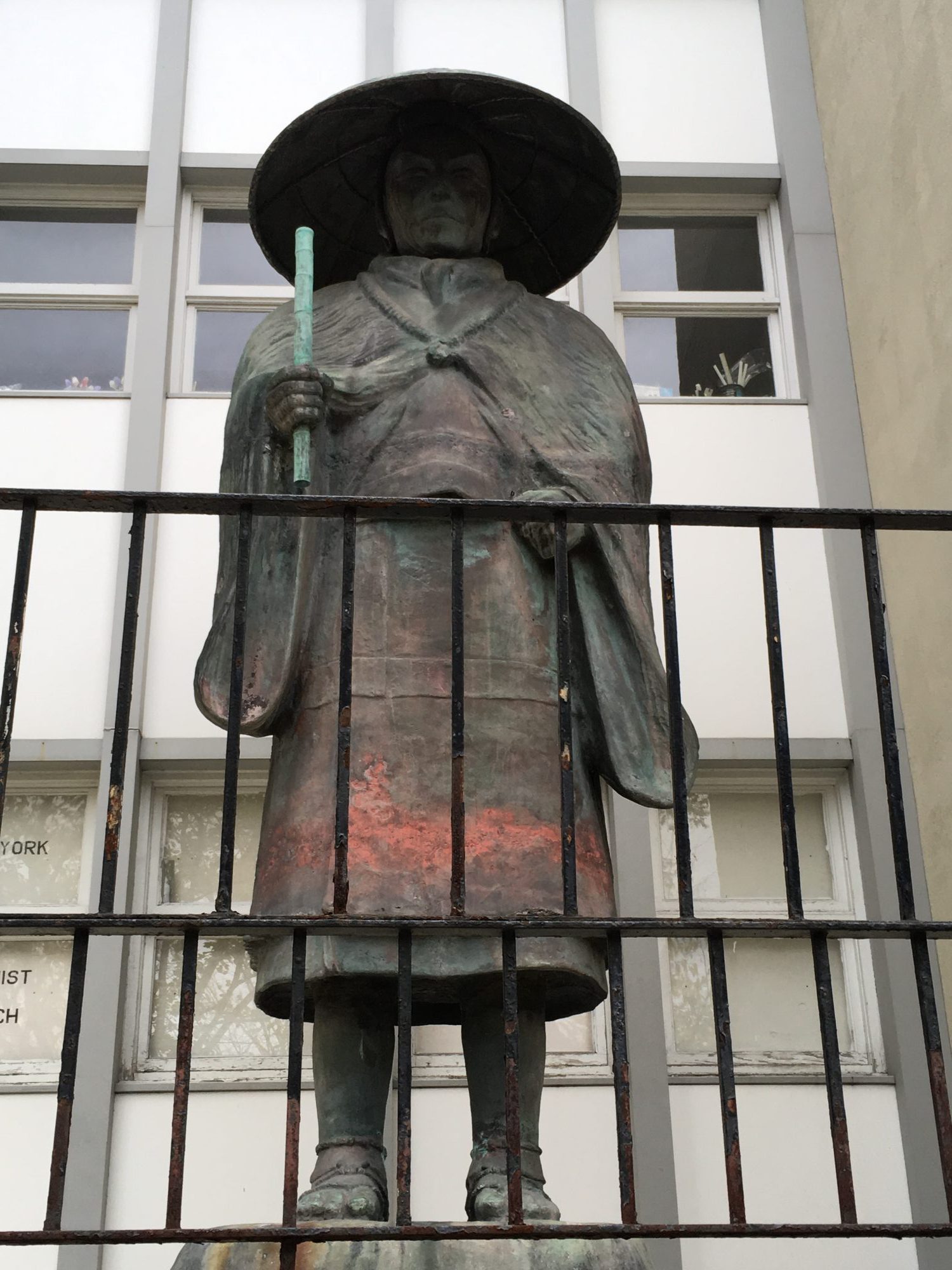 Shinran Shonin is the 12th century founder of the Jodo Shinshu sect of Buddhism. Sure, sure founders of religious sects with global influence and presence are always interesting characters. But that’s not what’s so interesting about this Shinran Shonin.

No, you see this Shinran Shonin, was standing proud and tall in Nagasaki when the first ever plutonium atom bomb exploded. Unlike the estimated 60,000 who died as a result of that atom bomb, this statue of Shinran Shonin survived.

At a time of the greatest threat of another nuclear war since the height of the Cold War, I sometimes find myself gravitating to this statue. I have always held this statue as a personal symbol of peace. I guess I combined the fact that this guy was a Buddhist and most (but not all) Buddhists are peace-loving with the sheer accomplishment of his survival.

While I was standing in front of his statue today on this secluded stretch of Riverside Drive, a surprising thing happened. Three separate people came up to the statue and took photos. It seems I’m not the only one thinking about nuclear war and peace these days.