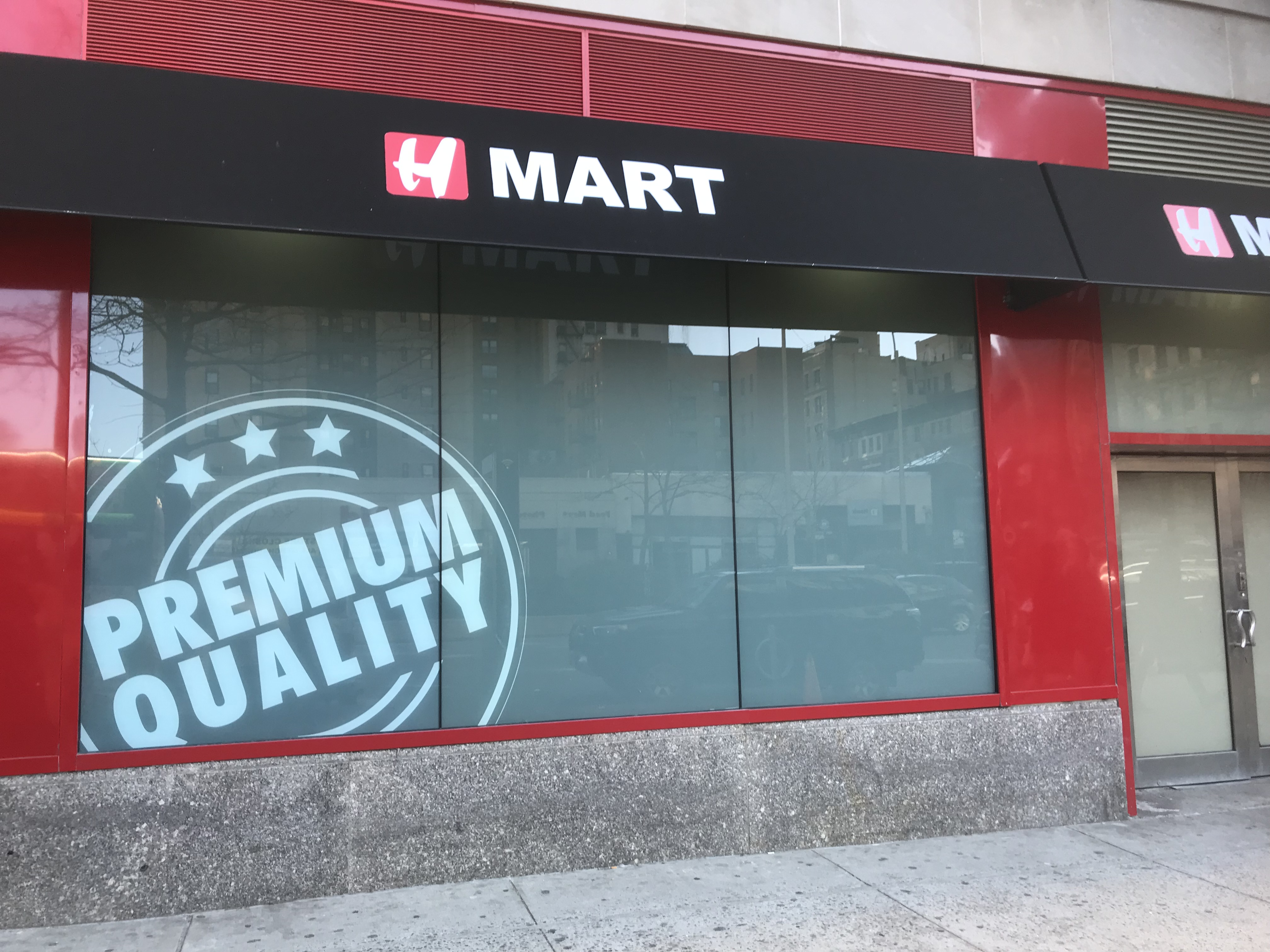 H Mart, K Mart, what’s the difference? Let me tell you that it is more than just one letter. Behind its bland storefront that promises premium quality is an Asian supermarket extraordinaire! H Mart used to be a destination store for me. Traditionally, H Marts are most often found in predominantly Asian neighborhoods like the Korean Town on West 32nd Street or in Flushing, Queens, its birthplace. No more!

I admit that I was shocked when I discovered that the newest H Mart is within walking distance of my apartment. What had once been a derelict storefront abandoned by an overpriced, low quality supermarket years ago, now had the H Mart logo on it. I didn’t quite believe it was true, since absolutely nothing on the façade of the place gave a clue—just like the one in Korea Town!

Upon entering, I was greeted with an exotic selection of fruits and vegetables, which funneled me to the requisite plastic kitchen utilities and lunchboxes section before hitting the vast interior, stacked to the ceiling with product: 25 kinds of miso, a multitude of teas both foreign and domestic, and noodles beyond counting—dried, frozen, fresh, flavored.

Since it’s opening a few weeks ago, I have been to H Mart countless times. Mostly I just marvel at the selection of goods. My favorite section is the multi-colored fresh caviar display. An entire plastic box of caviar costs the same as a 2-ounce bottle at another store—one of the few shops to actually carry caviar. Is it premium Russian caviar? Of course not! But can I use it in one of my all-time favorite dishes—a recipe I have shared on Talk Real Now, Green Florentine Pasta–you bet I can.

Look for the H Mart near you!   You won’t be sorry.