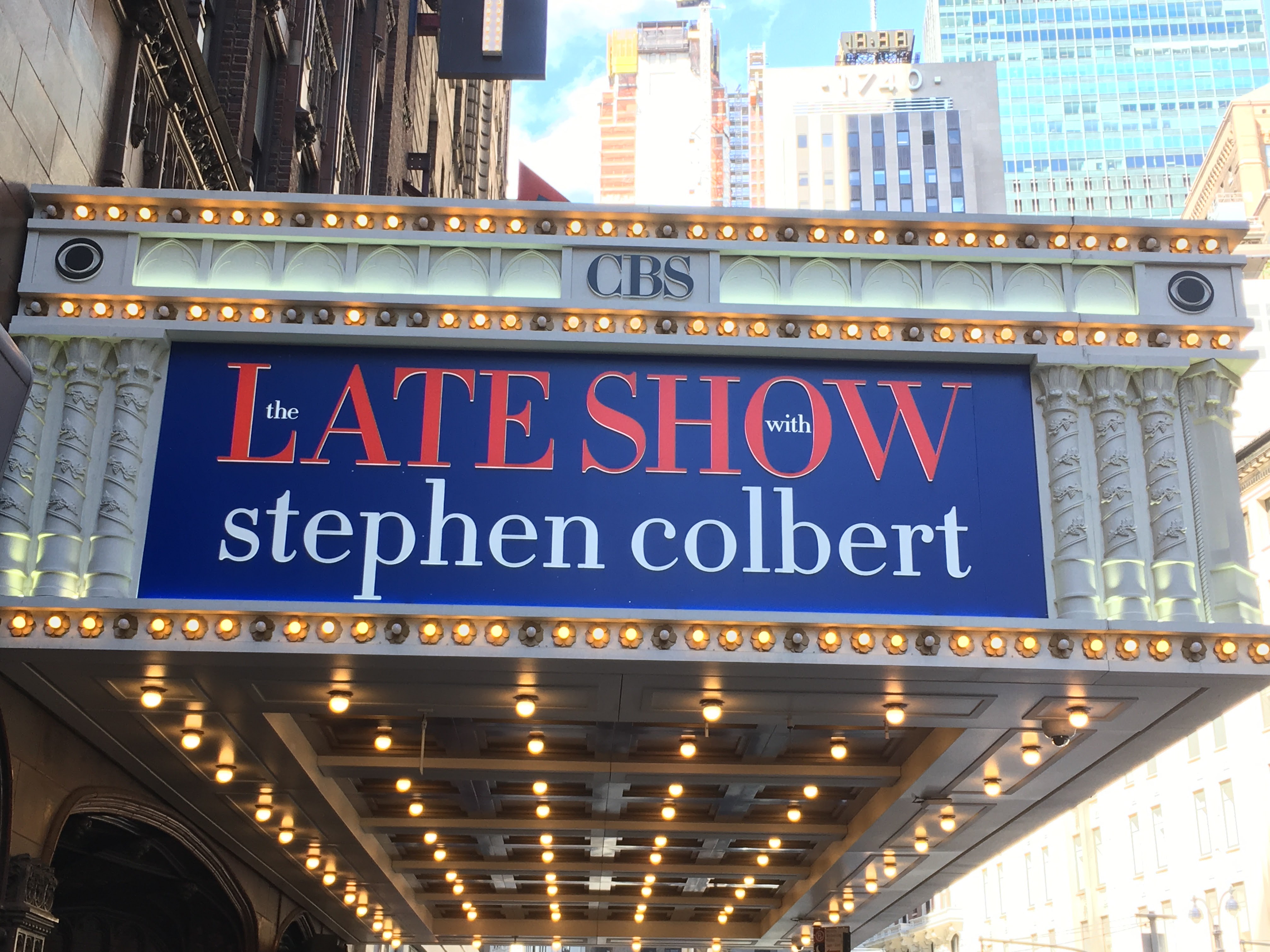 Despite the fact that I live in the talk show capital of the world, I had never been to a live taping. A month or so ago, I decided I would attend the #1 rated CBS television program: The Late Show with Stephen Colbert!

I had to wait over a month to get a ticket! What I didn’t realize was that the timing would be amazing. Yes, #FireColbert over his anti-Trump rant was hitting its trending peak and he was darn well going to have to say something.

(In case you missed it, here’s what all of the fuss is about.)

And he did! After checking in with his producer: “Welcome to The Late Show. I’m your host Stephen Colbert. Still? Am I still the host?”

I saw the producer nod. I was there. Stephen saw it, too: “I’m still the host!” After a beat: “I have no regrets.” Then he let it rip. 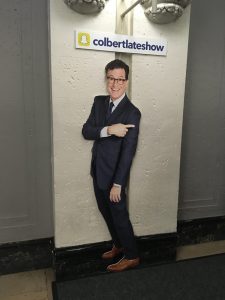 I learned that going to a live studio taping is quite the commitment, logging in at just under four hours of my time. There is also a real concern about audience bathroom needs. As we were standing in regimented rows, two by two, our handler announced that once we were in the theater we would not be allowed out. For any reason. Go now or forever hold it. It did make the time fly by.

The other thing I hadn’t fully appreciated was the cheerleading requirement. I’m glad I can write about this rather than having to tell the tale. My throat is still raw from all that screaming.

3 thoughts on “A gift from Stephen Colbert”